Baltic Sea: No offspring for cod and herring 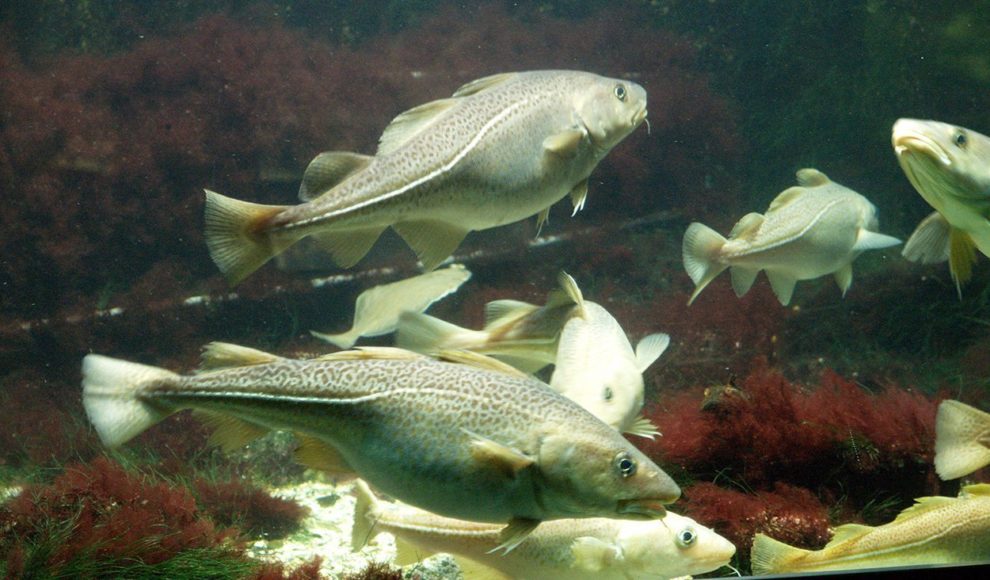 Scientists and fishermen are sounding the alarm: In the western Baltic Sea there is an acute shortage of offspring in cod and herring – the most important and most heavily fished food fish in this sea. Both types of fish have hardly reproduced in recent years, and there are hardly any juveniles left. This increases the risk that the cod and herring stocks in the western Baltic Sea will collapse completely.

Herring and cod are among the most important fish species for fisheries in the Baltic Sea, around 87 percent of all catches go back to these species. But overfishing and rising sea temperatures have been causing a decline in stocks for years. Despite catch quotas and temporary, short-term recoveries, there are always sharp falls.

Tabula rasa for cod and herring

Now a new low seems to have been reached, as scientists from the GEOMAR Helmholtz Center for Ocean Research in Kiel have established. In spring 2020, together with several professional fishermen in the Kiel Fjord, they examined the condition and spawning success of cod and herring. The result: after decades of overfishing, the stocks of cod and herring in the western Baltic Sea have dwindled to such an extent that they can no longer supply their entire spawning area with eggs during the spawning season. In herring, the offspring has been far below the average of the previous years since 2005 and continues to decline. “I usually see schools of young herring in shallow water at this time of year. Now there is nothing, ”says professional fisherman Oliver Eggerland. He has never seen so few young fish as this year.

It hardly looks any better for cod: In four of the last five years, the offspring has been absent entirely or almost entirely, as the researchers report. The stock therefore consists almost exclusively of four-year-old cod that have not yet reproduced successfully and that bear the brunt of the cod fishery. “If we lose this vintage without a replacement, then we have lost the stock,” says Rainer Froese from GEOMAR.

In addition to overfishing, the experts see the problem above all in climate change: this spring, the unusually warm winter caused most fish to spawn too early. As a result, the fish larvae hatched before there was enough food for them and starved to death. While the spawning times vary more widely for large stocks, this is not the case for only a few fish ready for reproduction, as the scientists explain. As a result, very few fish spawned in the right place at the right time this year.

Another threat is the comb jellyfish, an introduced species that has increased significantly due to the warmer waters of the Baltic Sea. They now compete with the fish larvae for plankton. “In no year have we had so many cortis jellyfish in our samples as now,” says Catriona Clemmesen from GEOMAR. “All the signs therefore point to the fact that there will be no offspring for cod and herring this year.”

From the point of view of the fishermen and the GEOMAR scientists, urgent action must be taken to avert a disaster. They propose a complete cessation of all fisheries for cod and herring until repeated successful breeding has permanently secured the stocks. “It is not acceptable that we are now catching the last of cod and herrings,” says Thorsten Reusch from GEOMAR. “The few juvenile fish that have survived despite the adverse conditions apparently have the genetic makeup that we need for the future of the stocks.” Because these fish are descended from parents who have apparently adapted to the warmer water and only spawned later . “Their genes have to be passed on to the next generations,” says Reusch.

Action has to be taken

The researchers and their fishermen colleagues appeal to the responsible ministers to take action. When EU agriculture ministers meet next week to decide catch quotas for 2021, fisheries for cod and herring in the western Baltic should be suspended. However, the fishermen would then have to be compensated accordingly. The team suggests paying severance pay to fishermen who want to get out, and financial support to those who want to stay in the profession. In addition, it is important to investigate the possibilities of natural containment of the comb jellyfish in the Baltic Sea. For example, local predators or food competitors of the uninvited guests could be encouraged in such a way that the comb jellyfish can no longer reproduce as much.

Is the moment here? That the electric car is more popular than the diesel? Electric cars used to be something we could laugh about....
Read more

Volkswagen Group bounces back slightly in the third quarter

Volkswagen ended the third quarter of the year with black figures. Like industry peers Tesla and Daimler, Volkswagen benefited from the improving market...
Read more

Albon is given even more delay to prove himself

Now that Alexander Albon is getting so much delay, we wonder whether it is not in jugs and pitchers. Alexander Albon's chair legs are often...
Read more

Ram is developing a fully electric pick-up, confirms FCA CEO Mike Manley. The manufacturer will have to work hard not to miss the...
Read more

How generous are corvids?

Ravens are considered to be rather selfish. (Photo: Lisa Horn) Donated corvids: The social life of birds in the Corvidae family determines their generosity,...
Read more
Biology

Dead Baltic porpoises after a mine was blown

When mine blasts, harbor porpoises are exposed to a high risk of injury from sound and pressure waves. (Image: BrendanHunter) Acoustic trauma with fatal...
Read more
Biology

Technical replicas of fish make it clear how they save energy by swimming in a school. (Image: Dr. Liang Li, Max Planck Institute...
Read more
Biology