Bats use the same vocalization technique for some sounds as human heavy metal singers or Tibetan throat singers, Danish research shows. It is the first time that scientists have been able to make a film of a bat larynx that produces sound.

How bats use their larynx to make a certain sound appears to be identical to the way throat warblers from Tuva in southern Siberia, Tibet or Mongolia do, and also to the grunt of metal singers. This is shown by research from the University of Southern Denmark, which was recently published in PLOS Biology.

When it comes to sound, bats are unique animals. They have a gigantic range and can reach both extremely high and relatively low frequencies with their larynx. While we don’t know nearly all of these sounds as to why bats make them, more and more is known about how they are produced. 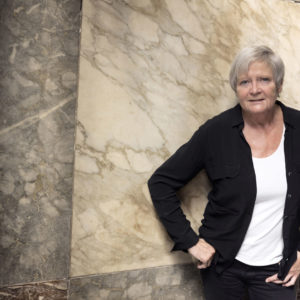 To investigate this, used Jonas Hakansson of the University of Southern Denmark in Odense and colleagues examined the cleared larynx of five killed bats. They filmed these larynxes with a slow motioncamera, where they tried to imitate a natural vocalization with an air stream.

It turns out that the bats use their ‘false’ vocal cords for social calls. These vocal cords are located just above the ‘true’ vocal cords. They are so called because they look like the normal vocal cords, but are not used for normal sound production in humans. Only throat singers use them.

These singers, and the bats, do this by moving the false vocal cords down so that they begin to vibrate along with the normal vocal cords. “This makes the vocal cords heavier, allowing them to vibrate at very low frequencies,” says Håkansson in a press release.

So for the bat it is a matter of moving the false vocal cords down. Then, according to the researchers, the flying mammal produces a call between 1 and 5 kilohertz. These are tones that are still within the range of the human ear. Earlier fieldwork showed that the social call of the water bat is not audible to humans at all.

“I found this surprisingly interesting to read,” says Herman Limpensbat researcher at the Mammal Association, who is not involved in the investigation. It’s not much use for bat protection, he says, but it’s important to research these things. ‘We already thought a few things about how and why they use high or low frequencies, but these data confirm that it is correct. That’s nice to see.’

According to Limpens, why bats communicate with these lower frequencies is clear: ‘They go further than the ultrasonic sounds they use for echolocation. In echolocation, they use high frequencies, which can be aimed very precisely, but do not reach that far. For a social call, you want a sound that is heard over a greater distance, and that also spreads in several directions.’

Based on his expertise, the bat researcher cannot say too much about the methodology. He does notice, however, that the researchers were apparently allowed to capture and kill these animals for the purpose of the study. “You have to get an exemption from the Danish protection laws for that.” The water bat is also a protected species in Denmark. The study describes that the eight bats were caught and killed in accordance with Danish regulations before the organs were removed.