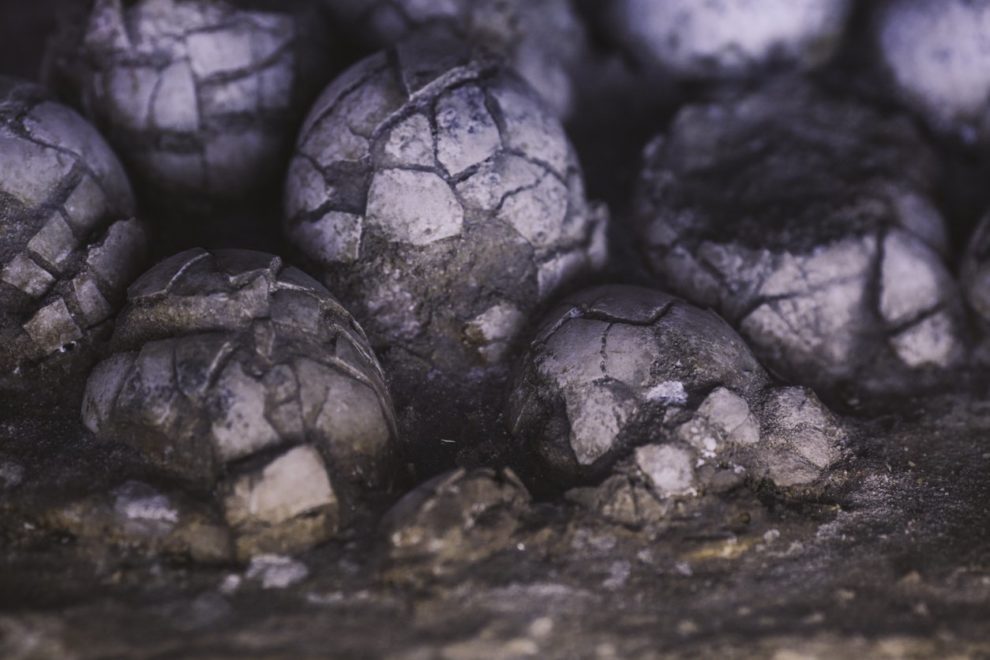 Were the dinosaurs cold-blooded like reptiles or warm-blooded like birds and mammals? To gain new insights into this question, researchers have now used fossil eggshells from dinosaurs as a “thermometer”: characteristics of these structures allow conclusions to be drawn about the temperatures at which they formed in the body of the mother animals. The results confirm that even the dinosaurs kept their body temperature well above the ambient values ​​- similar to today’s birds.

In order to get the optimal operating temperature, lizards and co lie in the sun. Birds and mammals, on the other hand, do not need this – they themselves generate the optimal body heat. These two concepts divide today’s animal world into alternating and equal heat. Both have advantages and disadvantages: The “cold-bloodedness” of the warm animals saves energy, because the body heat does not have to be generated itself, but comes from the outside. However, cool conditions literally make ectothermal animals cold and even when warm, they are not as nimble as the warm-blooded animals. The same warm or endothermic animals have to eat a comparatively large amount of food in order to be able to afford their own “heating”.

But what category did the dinosaurs belong to? For a long time it was assumed that they were ectothermal like today’s reptiles. However, there are now indications that this was not the case: Studies have shown, for example, that dinosaurs grew rapidly, which required high metabolic rates that did not match the cold bloodedness. The “eggshell method” has already provided evidence of regulated body temperature in dinosaurs in previous studies. But as the researchers led by Robin Dawson from Yale University in New Haven emphasize, the previous results of paleothermometry have left important questions unanswered.

As the researchers explain, the “eggshell method” is based on the analysis of isotope distributions of the elements oxygen and carbon in fossil eggshells. The crux of the matter is that the isotope distribution differs depending on the temperature when the egg shells develop in the body of animals. This means that the shell properties of an egg that has formed, for example, in the warm body of a lizard differ in a characteristic way from that of an egg that was created in the constantly warm body of a hen.

As the researchers report, not all dinosaur groups have been recorded in previous studies and, above all, the examined fossil eggs came from regions that had a very warm climate at the time. However, a clear distinction between ectothermal and endothermic can only be demonstrated if the ambient temperature to be assumed was significantly below the egg temperature. Specifically: If the temperature is usually above 30 degrees Celsius anyway, according to the researchers, it is difficult to determine from the isotope signature whether an egg comes from a warm-blooded or warm-blooded animal.

Clearly above the ambient values

In contrast to the previous work, the researchers used only fossil dinosaur eggs from cooler areas in their study. These were 75-million-year-old eggshell fragments from Canada, which came from long-necked sauropods, from two-legged theropods and for the first time also from representatives of the bird pond dinosaurs. As the researchers report, their analyzes showed that all examined egg shells formed at temperatures that were far above the environmental temperatures in the animal’s habitat at the time. In other words: With all three main groups of dinosaurs, they could now clearly demonstrate a temperature regulation that corresponds to that of today’s warm-blooded animals.

A representative of the theropods, however, came up with a special finding: the eggshells of the species Troodon formosus indicate elevated temperatures during formation – but with a clear range of variation. This fits with the assumption that at least some dinosaurs used a middle ground – they were heterothermal or mesothermal: they raised their temperature through metabolic activity when needed, but did not keep them at a constant level like pure warm-blooded animals. There are still examples of this strategy in today’s animal world.

As the scientists conclude, their findings also match the growing evidence that many dinosaurs had feather-like body cover. Before these elements enabled flying skills or decorative functions, they could have been used to thermally insulate the animals to prevent loss of self-generated heat.