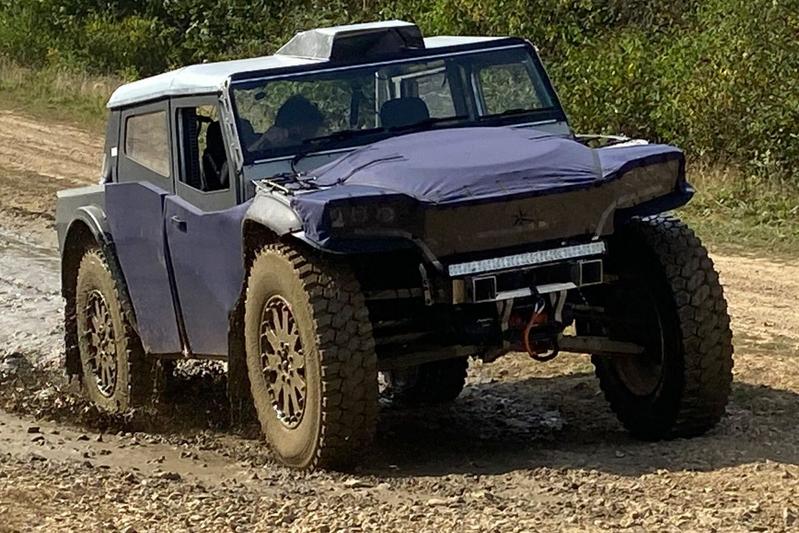 There’s another new player in car land swinging impressive numbers around. The English start-up Fering is introducing an off-roader that should be able to cover 7,000 kilometers without recharging. That may sound a little nicer than it is.

Fering is a new English venture from Ben Scott-Geddes, former Ferrari and McLaren engineer who we also know as one of the co-founders of Caparo. Scott-Geddes has also contributed to the development of the McLaren F1. However, Fering does not make exotic supercars, but an extremely chunky offroader with an interesting drivetrain.

Fering has already released the first photos of his first model, the Pioneer. According to its creators, the Fering Pioneer is an off-roader with supercar technology. We do not yet have detailed technical specifications, although Fering does indicate that the Pioneer has two electric motors that drive the front and rear axles together. The Pioneer, which according to Fering is ‘shorter than a Mondeo Wagon’, should be able to travel about 80 kilometers on all-electric power. After that, the fun doesn’t stop there, because the Pioneer has a range extender on board. The Pioneer’s range extender is an 800 cc three-cylinder engine that runs on biodiesel. That three-cylinder charges the battery pack, so that the angular off-roader is actually electrically powered in all cases. The Pioneer even comes – as an option – with extra large diesel tanks, so that the total range would be no less than 7,000 kilometers. The car weight is a relatively modest 1,500 kilos, partly because the SUV is built around an aluminum tubular frame, while the sheet metal parts are made of fabric.

Interesting: according to Fering, the range extender can also be replaced by other range extenders. The company already mentions generators that run on alcohol or even draw their energy from a fuel cell. Another fun fact: the wheels have a diameter of no less than 22.5 inches. According to Fering, this wheel size was chosen so that you can fold truck tires around it in remote areas.

Fering says it can deliver the first copies of the Pioneer in the second half of next year. Undoubtedly, more information about the off-roader will be released before that.