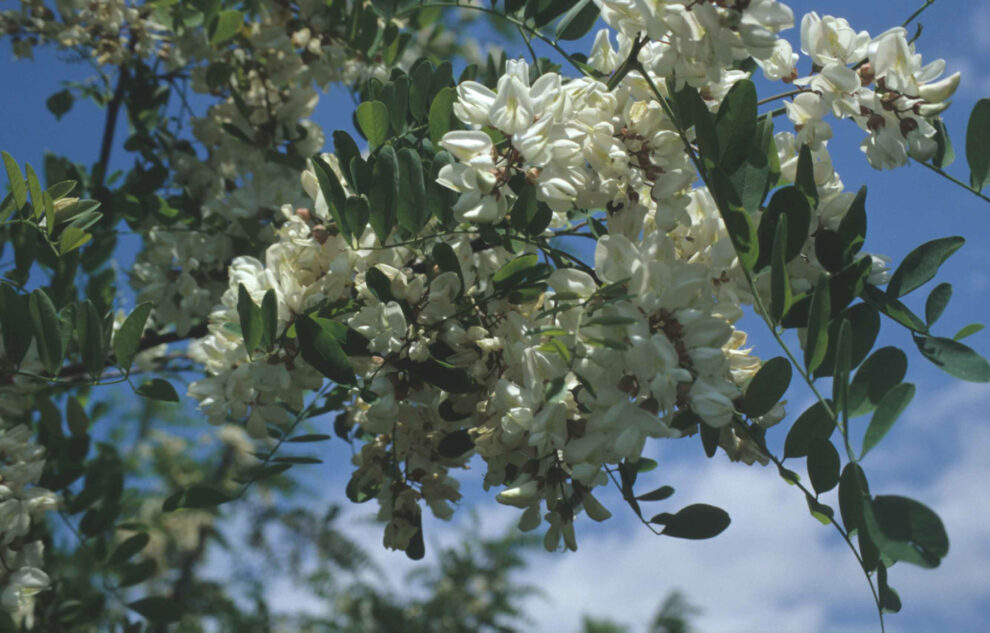 On the trail of colonial signatures: The distribution of non-native plant species around the world reflects a characteristic influence of the rise of European power, researchers report: The composition of the introduced species is very similar in areas that were once controlled by the same colonial power. The longer the rule lasted, the clearer this connection becomes. The results have both historical and ecological significance, the scientists say.

There is hardly a region on our planet that is still the way it was originally: Thousands of years ago, humans began to radically change many ecosystems through complex influences. One factor was the spread of plant species that would not have naturally spread from one region to another. Promoted by humans, thousands of species are now growing around the world in places where they were once not native. In many cases they fit into the native flora without any problems. However, some species can damage ecosystems by spreading widely.

To this day, more and more new species are being introduced – but the principle has a long tradition: the anthropogenic spread of non-native flora began early on with human migration. However, it became particularly intense during the period of European expansion and colonialism from the 15th century onwards. At that time, the European colonial powers introduced plants into their dominions and spread species from there throughout their empires. Often these plants should serve the population as food, fodder or building material. But plants were also carried away for aesthetic reasons. However, many species also traveled unintentionally as stowaways in seeds or pots. Some then found favorable living conditions in the target areas and wild populations emerged. In areas with similar basic conditions, many of these non-native species then advanced to become part of today's plant communities.

In an analysis of the distribution pattern of these foreign floras around the world, the scientists led by Bernd Lenzner from the University of Vienna have now come across interesting detailed signatures of colonialism. Their results are based on investigating the distribution of a total of 19,250 plant species and cultivars known to be distributed beyond their actual home ranges. The focus was on 1183 individual areas in regions that were once colonized by the European colonial powers Great Britain, Spain, Portugal and the Netherlands. The scientists then looked for patterns in the links between the data using statistical methods from ecological research.

It turned out that even today a special influence of the respective colonial power can be seen in the non-native flora. Because the composition of the introduced species is very similar in the corresponding areas. The longer regions were occupied by a colonial power, the more similar the non-native floras were, the evaluations showed. According to the scientists, this probably reflects a well-known aspect of colonialism: “The restrictive trade policies of the European powers ensured that plants were mainly traded between regions occupied by the same power. Therefore, the exchanged plant species were largely limited to the respective dominions. Consequently, the floras of regions that were under the same colonial power became more similar compared to regions outside - a process that intensified with the duration of the occupation," explains Lenzner.

In addition, the researchers came across another interesting connection: regions that played important economic or strategic roles for the colonial powers are today characterized by a particularly strong similarity among foreign floras. Examples of this are former trading centers such as the regions in the Indo-Malaysian Archipelago, which were crucial for the spice trade, or islands such as the Azores or St. Helena, both of which were important stopovers on long, transoceanic voyages. Ultimately, the study suggests that the processes of colonialism in introducing alien species were as important as other factors that explain dispersal patterns of alien plant species, say the scientists.

“It is important to understand the past in order to learn lessons for our future. We knew that it can take decades for alien species to become established and spread in a region to which they were introduced, and that this process often occurs with a significant delay," says senior author Franz Essl. "However, it is remarkable that we can still see such effects several decades, sometimes even centuries, after the collapse of European colonial empires. This shows that we need to be very careful and conscious about the plant species that we transport around the world, as they are likely to have lasting impacts on biodiversity and people's livelihoods well into the future."

There are few sports that can boast a more illustrious history than horse racing. The sport has...
Read more
History & Archaeology

THEN Podcast Episode 67 – The heir to the throne turned MP

The depiction of a Minoan goddess holding chains of DNA instead of snakes serves as a symbol for the study. © Eva Skourtanioti ...
Read more