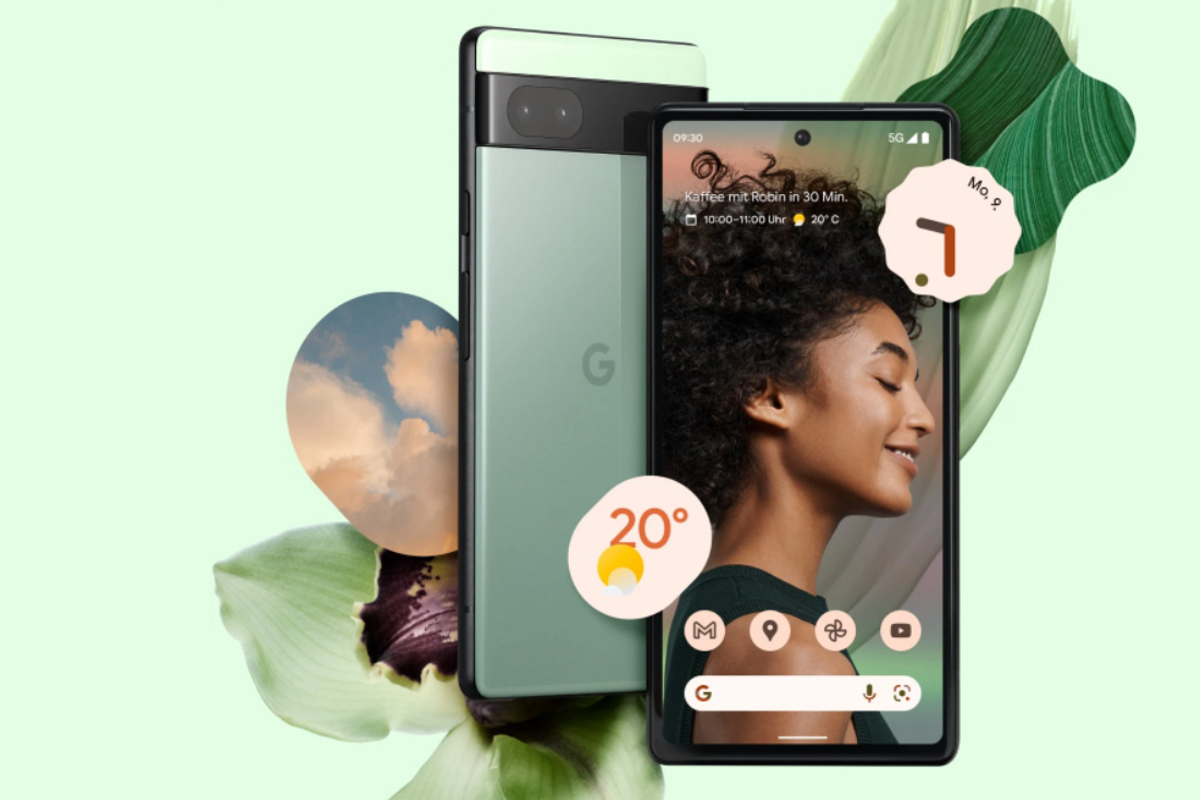 Google presents the Pixel 6a, a midrange phone that comes with its own Tensor processor. It is a smaller and more affordable variant of the Pixel 6 that comes with five years of update support and a range of smart features based on artificial intelligence (AI).

Update 12-05-2022: Google has revealed more about the Pixel 6a. In addition, the Pixel 6a has appeared in the German Google Store. We have edited and republished this article.

At the Google I/O 2022 conference, the brand updated us on its latest new mid-range phone. The Pixel 6a resembles the Pixel 6 flagships in many aspects, but Google manages to keep the price lower on the Pixel 6a.

The similarities between the Pixel 6a and the Pixel 6 start with the design. The phone will have a matte glass finish and there will be a horizontal camera setup. The fingerprint scanner is also located under the screen on the Pixel 6a and the phone no longer has a 3.5 mm audio jack. The screen of the Google Pixel 6a is a 6.1-inch Full-HD+ AMOLED with a resolution of 2,400 x 1,080 pixels.

In terms of performance, Google has taken the mustard with its Pixel 6 series. This cheaper phone comes with the same Tensor processor, a chipset that brings high-end specs. Only this time, Google opts for 6 GB of RAM in combination with 128 GB of storage.

The Pixel 6a is available for sale in a green, white and black color (Sage, Chalk and Charcoal). The device will be available from July 21 (online) and the device will be available in stores on July 28. However, Google does not officially sell its Pixel devices in the Netherlands and Belgium, but you can purchase them in various ways here. A first possibility is to order them from the German or French Google Store and then have the phone delivered to you with a forwarding service such as the Covered wagon service. You will find a link for the German Google Store here†

A second option is to order the telephone via a Dutch webshop. Such a telephone is available via gray import and that usually makes the telephones more expensive. Belly simple is such a website which, through gray import, sells Pixel smartphones in the Netherlands. We expect that they will also offer the Google Pixel 6a. It is not yet known at what price.

What do you think of the Pixel 6a? Has the company managed to make an interesting and more affordable version of its Pixel 6? Let us know in the comments.