Hyundai has a new SUV in the development rooms that goes by the name Alcazar. After a bunch of digital drawings, the Koreans now also show clearer images.

The Hyundai Alcazar is a new SUV that can accommodate six to seven passengers. The car shares its technical basis with an already known model. In fact, we are dealing with an extended and therefore more spacious version of the Hyundai Creta / ix25 introduced in 2019. Before you go hunting for an order form directly on the Hyundai website: just like those Creta and ix25, the Alcazar does not come to Europe. The car was specially developed by the Indian branch of Hyundai for the Indian market. 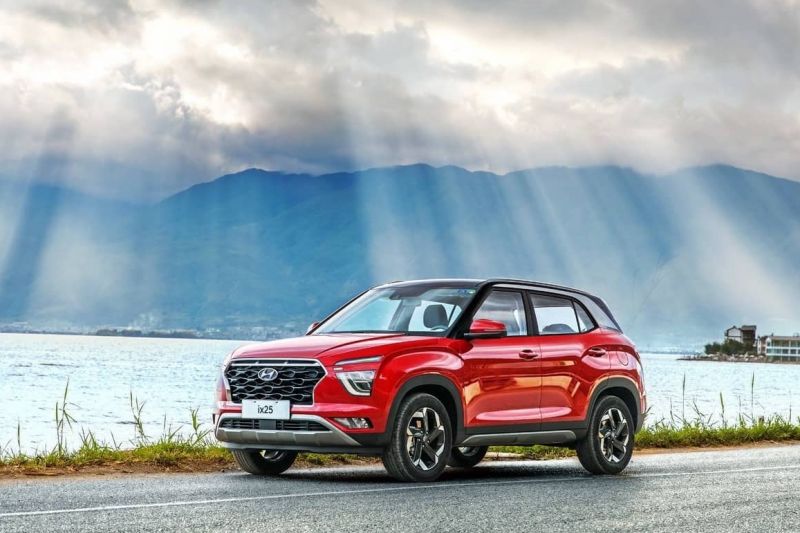 The Hyundai ix25 / Creta with which the Alcazar shares its base

How much longer the Alcazar is exactly than the 4.3 meter long Creta on which it is based, Hyundai is still keeping under wraps. In any case, the front is slightly different from that of that smaller crossover. Hyundai gives the Alcazar adapted LED daytime running lights, the units have an extra segment, and the shape and layout of the grille as well as that of the front bumper differs from that of the Creta. The previously released design sketches already indicated that the Alcazar also gets a different buttock, complete with its own rear lights that are optically tied together by a plastic strip.

The Alczar is available in India with a 159 hp and 191 Nm strong 2.0 petrol engine and also appears on the price list with a 115 hp and 250 Nm strong 2.0 diesel. Both power units are available with a six-speed manual and with a six-speed automatic. Hyundai has already released that the petrol version with manual gearbox is at a speed of 100 km / h in less than ten seconds. Thanks to a sliding rear seat, the Alczar should in any case be nice and practical. Hyundai’s Indian arm further proudly states that it has put more than 300,000 man-hours into “perfecting the masterpiece of superior craftsmanship.” We didn’t want to withhold that quote from you.