Intercom: this is how you use the new public address function with your Apple devices

With Intercom you can easily broadcast within your family and in the house. This feature was announced in October 2020, but is not available yet. In this tip you can read what is possible and how it works.

The Intercom function stole the show during the announcement of the HomePod mini in October 2020. With this you can use almost any Apple device to make a call to the right person or the entire house. For example, you let them know that the food is ready or that you are going out for a while. Apple has not yet released the feature and promises it will come in 2020.

On which devices is Intercom available?

While the feature was announced for the HomePod mini, it’s not limited to this tiny speaker. AIn the October 13 presentation, the following devices were mentioned at Intercom: 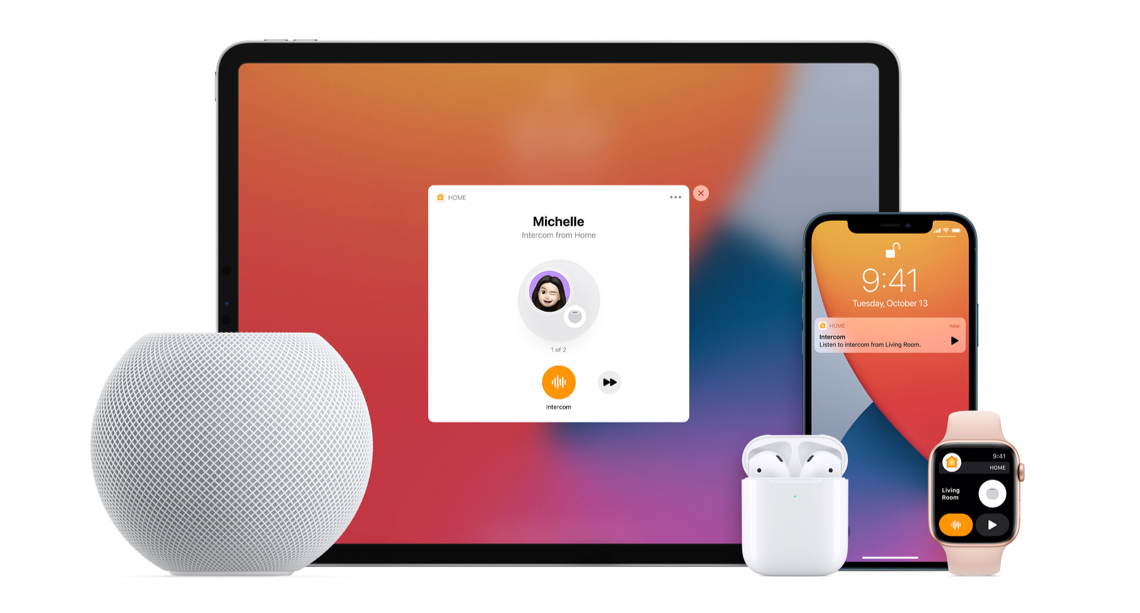 Use the intercom for broadcasters within your family

For starters, it’s important to use iCloud Family Sharing if you want messages to arrive on everyone’s device. If you don’t use that, you can probably only use HomePods. You can broadcast on all devices in the group or only for one specific room. It is not yet known whether you can broadcast in a specific number of rooms at the same time. 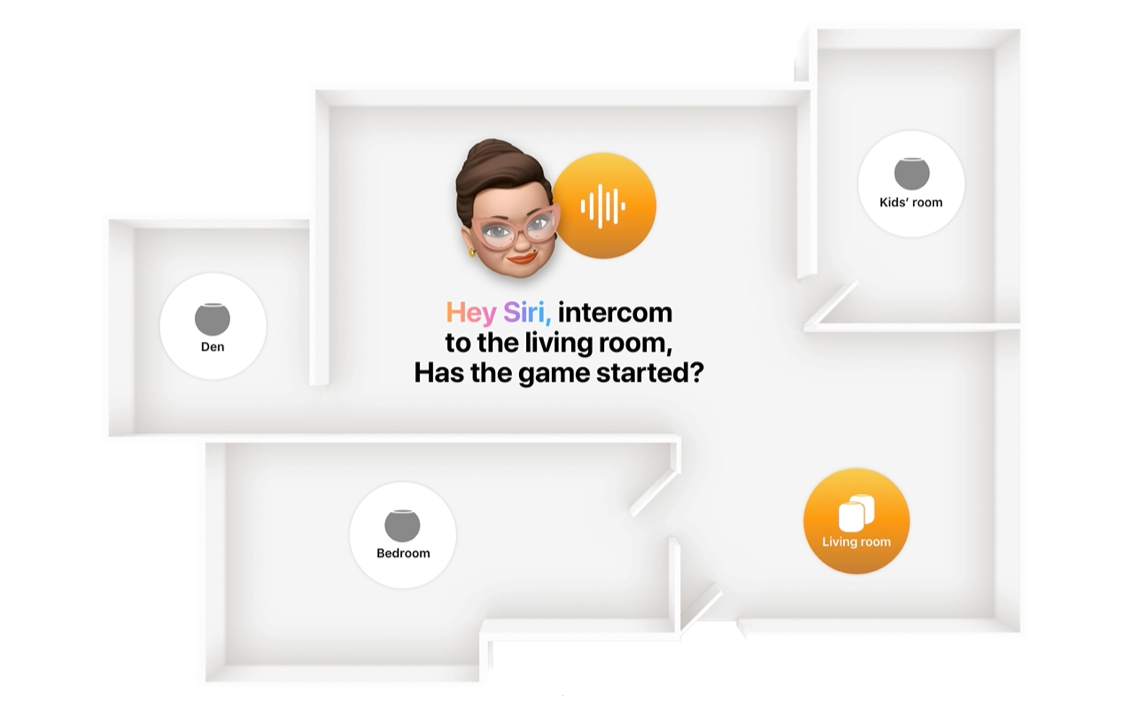 When you make a call to everyone, everyone will receive a notification on his or her iPhone or Apple Watch. The message will not automatically play on those devices, such as Walkie Talkie on the Apple Watch. With Intercom, recipients must first open the notification. If they are in the car with CarPlay activated, they can also listen to what is being announced.

Is someone else calling out and want to answer? Then say: “Hey Siri, replyAnd say what you want to return. This voice message is then sent to the sender. That also works from all Intercom devices.

You can also initiate a call from your iPhone or iPad in the Home app. If your devices have been updated, you will find a new button with an audio wave at the top right of the Home tab. Speak your message after the tap. As soon as we can update our HomePods to iOS 14.2 we will update this article with all the explanations for settings.

When and for whom is it available?

Apple says Intercom will be available via a software update in 2020, but doesn’t say which one. We expect this to be iOS 14.3, but we are not sure. What we do know for sure is that your iPhone must be suitable for iOS 14. The same applies to the iPad with iPadOS 14 and Apple Watch with watchOS 7. 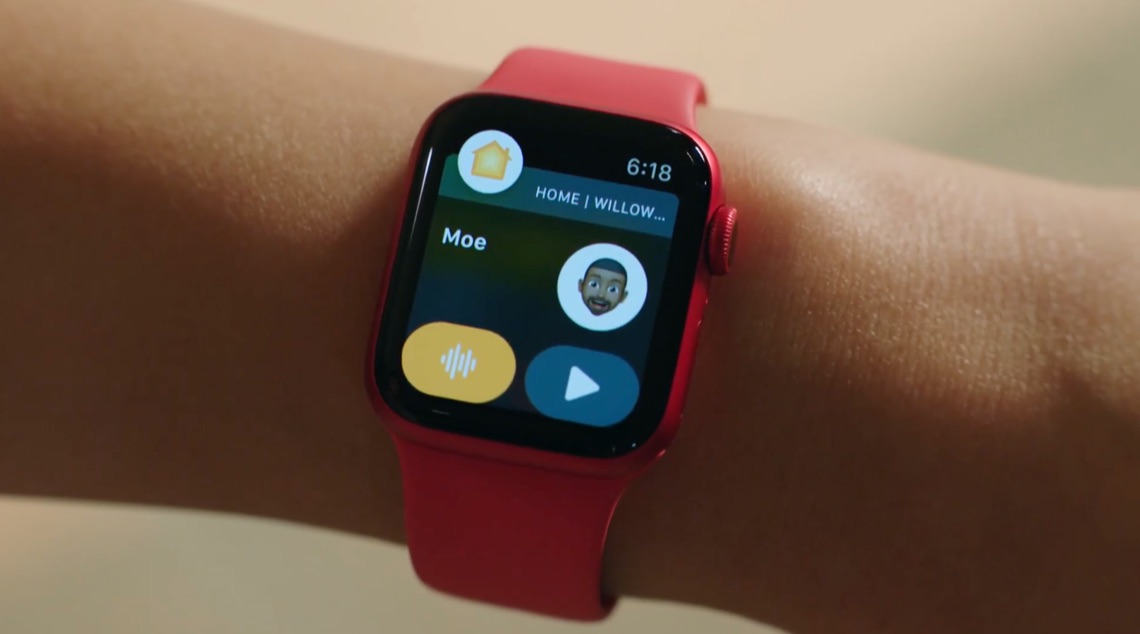 It is still unclear in which languages ​​Intercom will work. The explanation can be found on Apple’s HomePod and HomePod mini website, but because these speakers are not available in the Netherlands, there is no Dutch explanation available. Because Intercom also works with other devices, we hope that the function will still come to the Netherlands, albeit without the speakers.

Since you need a HomePod (mini), these devices will obviously require you to speak English (or any other supported language). All devices may need to be set to the same language. In that case, you are forced to say goodbye to the Dutch Siri (for the time being). Read more about Siri on the HomePod in our separate tip.

Since 2014, the motor vehicle tax exemption for old-timers applies to cars with an age from 40 instead of 25. Whatever you think...
Read more

Back to Basics: Porsche Taycan

Porsche currently has one EV in the price list: the Taycan. The Stuttgart sports car brand is notorious for its long and expensive...
Read more

Off-roading with Allroads: because it is possible!

Allroads have been the most popular motorcycles on the market for many years. With their adventurous appearance they can appeal to many people,...
Read more

Daniel Ricciardo feels sorry for Esteban Ocon. Ouch. Ocon is making his comeback in the premier class of motorsport this season after losing his...
Read more

Comparative test 11/27/2020 Kia Sorento vs. Mazda CX-5 – Double Test The once popular Kia Sorento has been bullied over the years by...

The once-popular Kia Sorento has been bullied over the years by our tax system. The fourth generation, however, makes its debut as a...
Read more

All change is good, all change is difficult. However you look at it, opinions are divided...
Read more
Apps & Software

This is how you use tabs in macOS

Translate websites from Safari on iPhone, iPad and Mac: this is how you do it

With the 'Do not disturb' function in macOS...
Read more
Apps & Software

Don't want to see a preview of a...
Read more