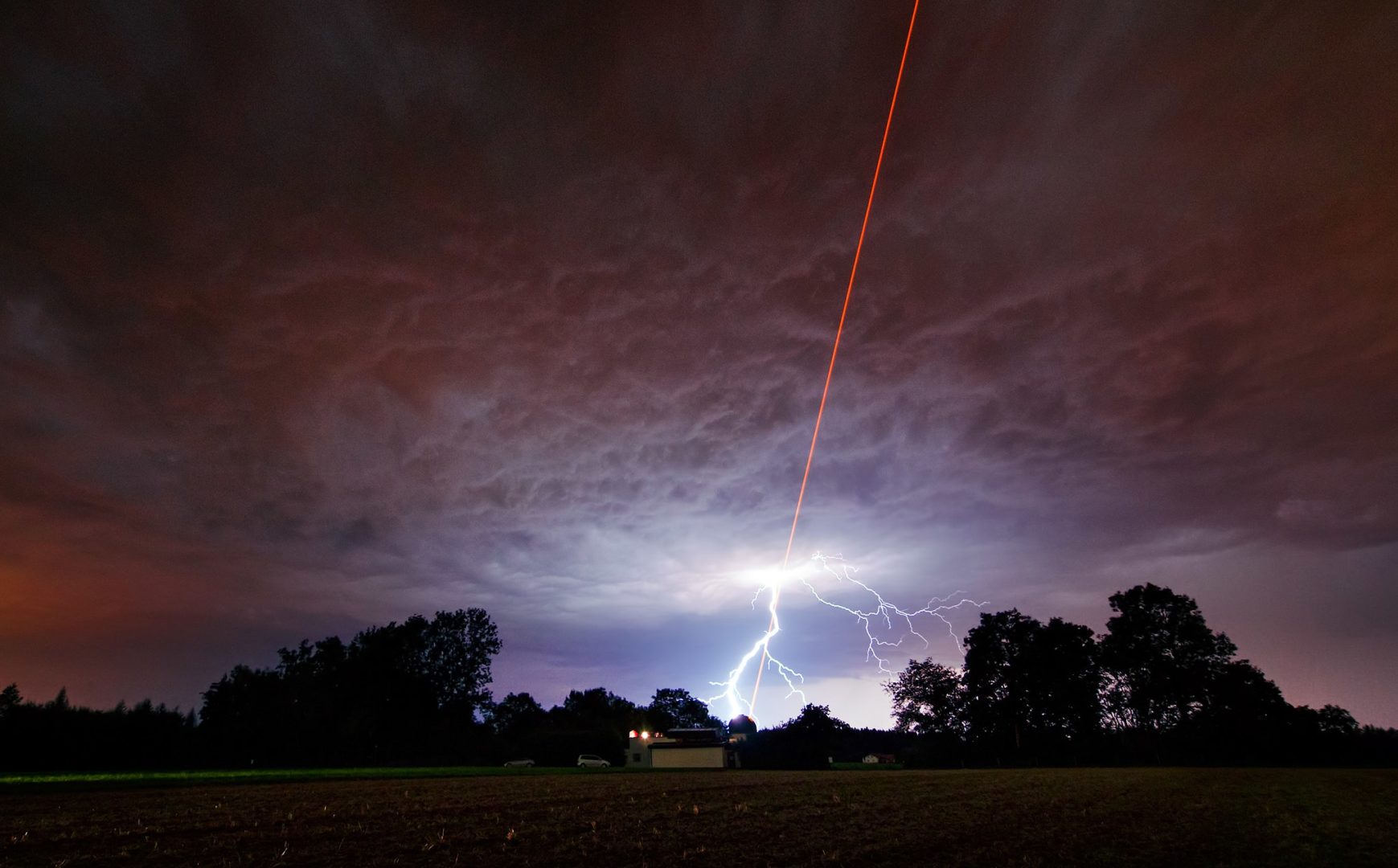 The European Southern Observatory (ESO) shoots a powerful laser beam into the atmosphere as one of the severe summer thunderstorms that often hit Chile erupt. Wikimedia Commons / ESO/M / Kornmesser. CC3.0.

A laser beam fired from a tower on a mountain appears to have diverted lightning. This may allow storm clouds to be discharged in a safe manner.

In previous attempts to control lightning, metal wire rockets were launched into the clouds. From the 1990s onwards, researchers started experimenting with lasers to adjust the path of the electrical discharge. Although the technique has been successfully applied to artificially generated lightning, it had never been demonstrated in a real thunderstorm. 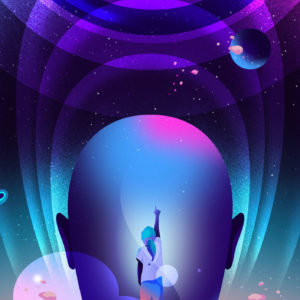 Now professor of physics has Jean-Pierre Wolf at the University of Geneva, along with his colleagues, fired a series of ultra-short and powerful laser pulses from a 124-meter high tower, which featured a standard metal lightning rod, on Switzerland’s Säntisberg.

The terawatt laser was fired during thunderstorms over a three-month period, for 6.3 hours in total. During that period, the tower was struck by at least 16 lightning bolts, which propagate from the tower to the storm clouds above. Four of those lightning bolts ran along the trajectory of the pulsed laser, Wolf and his team recorded with the help of high-speed cameras, interferometry and X-ray detectors.

‘Scientifically, I find that very interesting,’ says professor of space and atmospheric physics Christopher Scott from the University of Reading in the United Kingdom. “It can help us understand the processes by which lightning makes its way to the ground.”

The theory is that the laser sends the lightning flashes through filamentationScott says: The laser pulse leaves long channels of low-density ionized air, along which lightning can travel easily. This may mimic the effect of cosmic rays in the atmosphere, which would help create conductive pathways for a lightning strike, Scott says.

Lightning diverting lasers could be used when a thunderstorm is approaching. Because the electrical charge follows the trajectory of the laser, the lasers could unleash lightning at a safe distance from objects that need to be protected, so they don’t go to the lightning.

But using a high-powered laser to ward off lightning does require careful safety assessment, Scott says. It may not be suitable for built-up areas.

University professor of electrophysics Martin Uman at the University of Florida in the United States says the demonstration is important and a first, but it is not yet certain whether the laser actually conducts the lightning flash.

“It’s not clear whether the laser interaction triggers the production of a full-blown lightning bolt, as in the case of the rocket-with-wires. That would be spectacular. It’s also possible that the laser interaction only straightens out the first 100 meters of the upward zigzagging lightning bolt from the tower,” Uman says. “Obviously more experiments are needed, but this experiment is an excellent start.”