Citroën will pull the curtain on a brand new model tomorrow. It is a compact car that will probably get a very well-known name: C3. However, that will not replace the C3 that you can buy in the Netherlands. What’s up with that?

Citroën will present a completely new model to the world tomorrow, a compact crossover of which the brand is releasing a first and probably immediately last teaser plate. The newcomer has a recognizable Citroën front, complete with lighting divided over two layers, in which the LED daytime running lights, as with the C4 and C5 X, consist of tapering stripes. However, the new Citroën will not come to Europe. 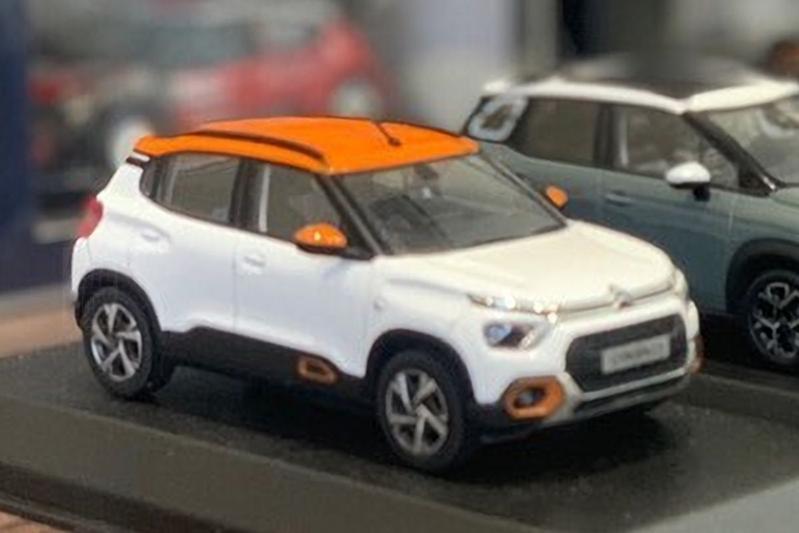 The image goes hand in hand with a brief but telling description of the model. According to Citroën, the newcomer “made in India and South America” ​​is only intended for those regions. Then we immediately know which car we see in this image. In the middle of this year, Techzle was able to show you the first photos of a scale model of a new compact crossover from Citroën. That miniature was indeed interspersed with well-known design elements, but seems to be a typical crossover for the Indian market in particular. The car is probably just under 4 meters long so that buyers are eligible for tax benefits. The ‘license plates’ of the surfaced scale model could read ‘Citroën C3’. So a new C3, but not for Europe.

The ‘budget C3’ will soon have to compete on the Indian market against the Renault Kiger, Maruti Suzuki Vitara Brezza, Nissan Magnite, Tata Nexon and Mahindra XUV300, but will also receive South American infrastructure under its wheels. Tomorrow is the presentation of Citroën’s youngest little one.