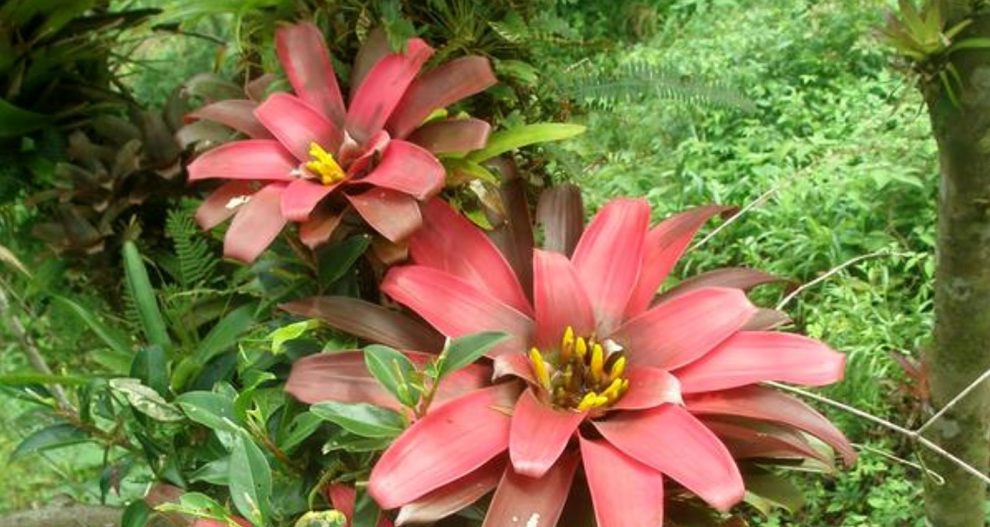 We mainly know them as food and ornamental plants. But pineapple or bromeliad plants also play an important role in their original homeland, tropical America, for the ecosystems there. It is all the more shocking what researchers are now predicting for the endangerment of this plant family. According to their analyzes, 81 percent of bromeliads in the New World could be threatened with extinction – species particularly common in the central Andes and on the east coast of Brazil are at risk. The team believes that the urgently needed protective measures should therefore initially concentrate on these areas.

The pineapple is known for its sweet yellow pulp, which is often eaten as fresh fruit and canned goods or processed into juice and finds its way onto the supermarket shelves. The bromeliad is grown today as a crop in almost all tropical areas of the world – but its original home is America. In addition to the famous pineapple comosus, a large number of related plants are native to the American tropics: researchers know a total of more than 3,500 species from the pineapple family, which are common from the southern United States to southern Argentina and Chile. Although these bromeliads play an important role in ecosystems, little is known about their distribution and potential hazard status.

To change this, Alexander Zizka from the German Center for Integrative Biodiversity Research in Leipzig and his colleagues have now evaluated data on the occurrence of 3272 bromeliads and used this as a basis to model the geographical distribution of the individual species. In a second step, they used additional information and special software to calculate whether these plants could be threatened with extinction. They applied the common criteria of the World Conservation Union IUCN.

The evaluations revealed: 81 percent of the bromeliads examined are likely to be endangered. “Our result is staggering! According to the data, 2638 of the species may be threatened with extinction – especially the plants in the central Andes and in the ‘Mata Atlantica’, a tropical rainforest on the east coast of Brazil, are extremely endangered, ”reports co-author Georg Zizka from the Senckenberg Research Institute and Nature Museum Frankfurt. As the scientists found out, contrary to what was previously assumed, the lithophytic plants in particular seem to be affected – bromeliads that grow directly on rock. The so-called epiphyte flora that grows on other plants is therefore less endangered.

How meaningful are the current estimates? The proportion of endangered species within the bromeliads assumed on the basis of the new data is significantly higher than that known for other taxonomic groups. According to the IUCN, 30 to 40 percent of the species are usually threatened with extinction, as Zizka and his colleagues explain. In fact, the method they use carries the risk of overestimating the endangerment of individual species. Because it essentially relates to the size of the distribution area. However, control experiments with data from the literature showed: In more than 76 percent of the cases, the method correctly assessed a species as potentially endangered or not endangered. And there is something else to suggest that the researchers are right in their assessment: A regional study on the bromeliads native to Chile recently came up with similar figures. Accordingly, 78 percent of these species are threatened – this is surprisingly close to the 81 percent now calculated.

“Indispensable part of the ecosystem”

It is therefore clear to the scientists that quick action is necessary: ​​”The protection of the bromeliad plants should begin in the areas that we define as particularly vulnerable and in the lithophytic plants”, they demand. Otherwise there is a risk of serious consequences. “Plants are an indispensable part of the ecosystem: with their water-storing calyxes, they offer habitat for several hundred animal and plant species. Amphibian species spawn there, the inflorescences are eaten by large mammals such as the spectacled bear, and we humans use some species as food or to obtain fibers or active ingredients, ”emphasizes Georg Zizka.

Among other things, crows have shown their ability to compare quantities. (Image: Andreas Nieder) More, less or the same amount? Not only humans, but also...
Read more
Biology

The bizarre relatives of our silverfish can grow up to seven centimeters long. (Photo: Alvaro Zúñiga-Reinoso, University of Cologne) It is considered the driest desert...
Read more
Biology

A filter system for sampling in the Arctic Framstrasse is launched. (Photo: Alfred Wegener Institute / Melanie Bergmann) Microplastics have long been found in all...
Read more
Biology