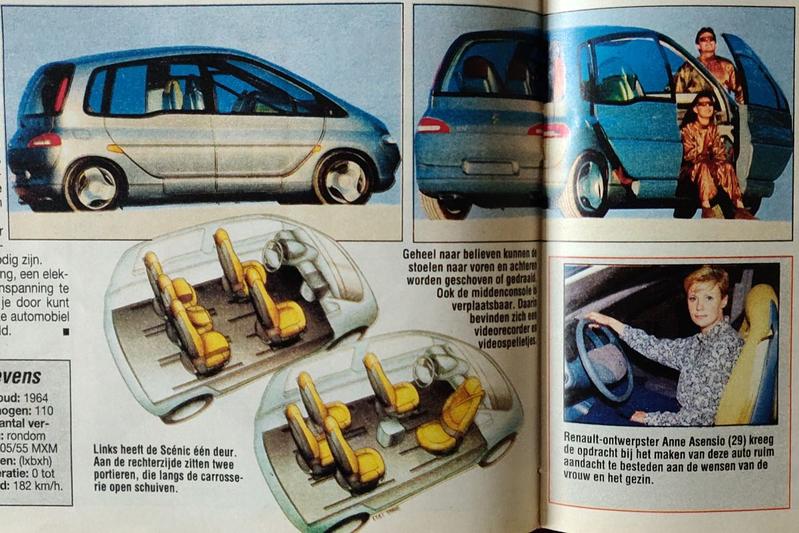 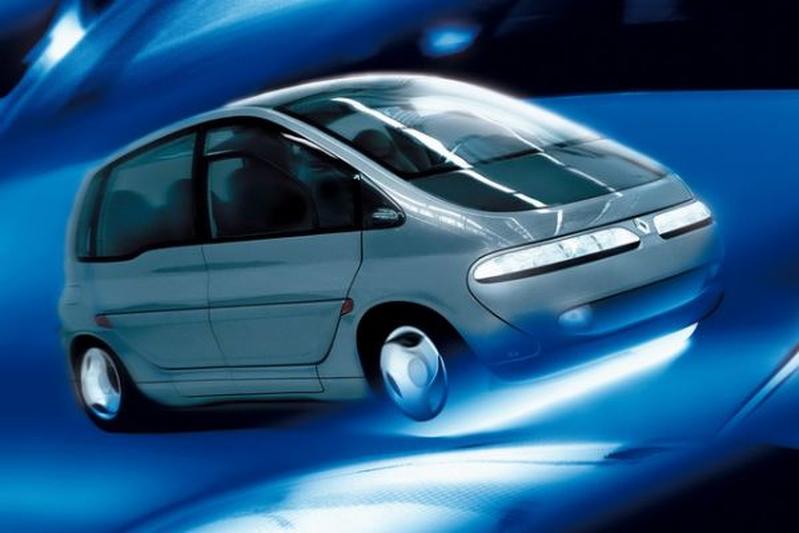 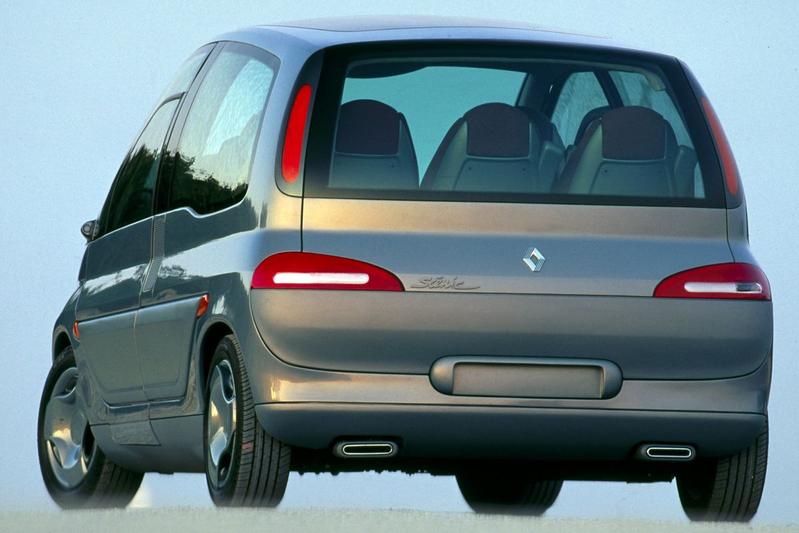 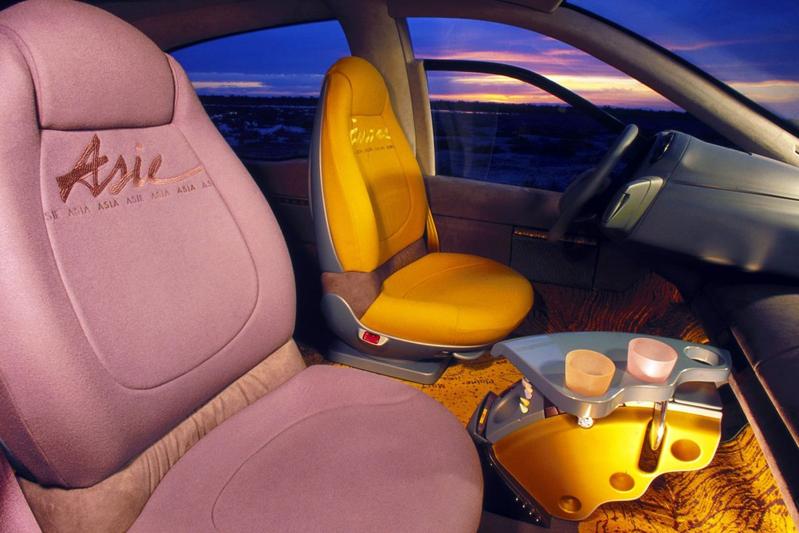 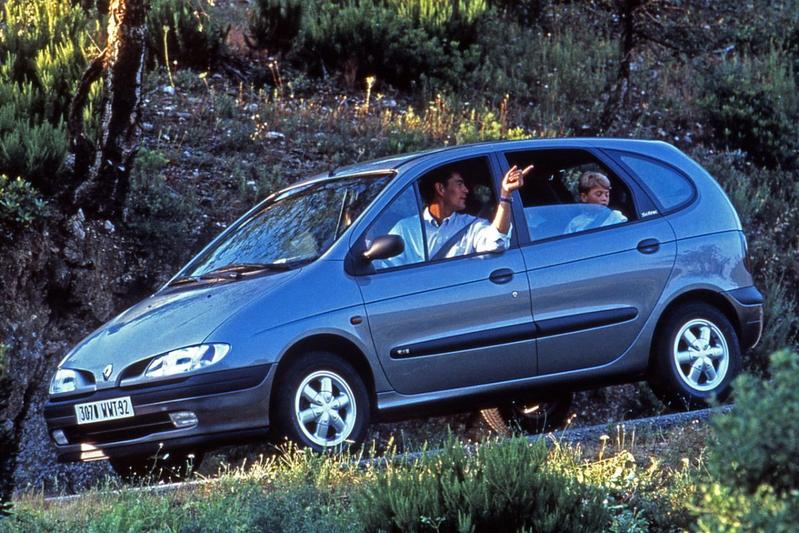 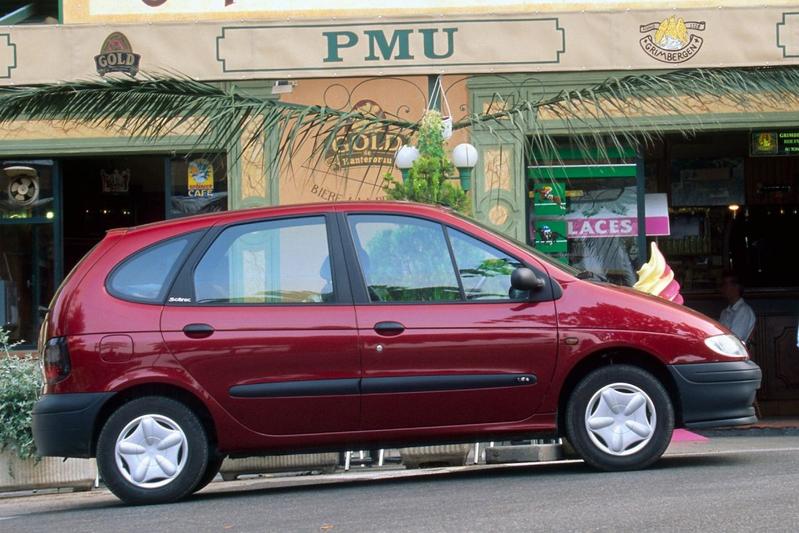 At the IAA in Frankfurt in 1991 we were introduced to a special Renault study model: the Scénic Concept. Promising at the time, but if we only knew what kind of success was coming.

In the United States they were there much earlier, but the 90s were the decade of the MPV in Europe. Renault already had the Espace and on the threshold of the 1990s it was well known that there might also be a need for a more compact MPV. That is why it put Anne Asensio in her twenties behind the drawing board to design a space car that catered to the wishes of the family, but especially the woman. The call for emancipation is nothing new in that regard.

Assensio conjured up a special creation: the Scénic Concept. In Techzle 37 of 1991 we thought about it extensively, because this was more than just a fun finger exercise by Renault: “In the year 2000 there will be cars for which the Scénic has been model,” we wrote. It was even a bit earlier than 2000, we now know. However, it was not as futuristic as the Scénic Concept with the Mégane Scénic, although certain aspects have certainly been taken over from the Scénic Concept. 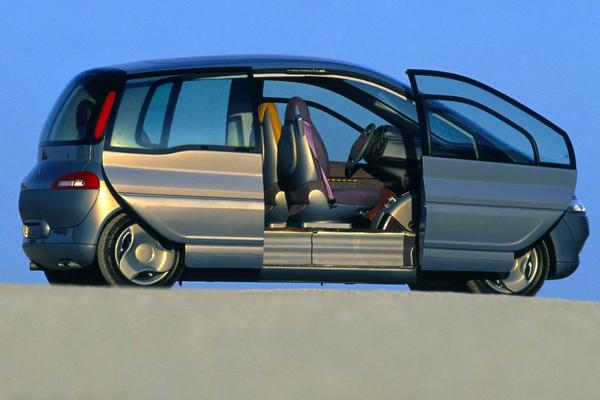 The Scénic Concept was an extremely smart thing. In keeping with the spirit of the times, designers were looking for good ways to make the most of the interior space of a car and to focus on ‘the family’. The years in which ‘father had to be able to sit well behind the wheel and the rest had to find his place’ were really over. The Scénic had to be a pleasant means of transport for everyone. Renault did that with the captain seat, each his own seat, but also with the large windows, sliding doors (two on the right, one on the left) and even a game console on which the occupants could play games. Due to the fairly high positioning of the seats in the Scénic, everyone also had to be able to keep a good overview of the entire interior at all times. On a technical level, interesting aspects were also worked out. For example, the Scénic Concept could warn the driver if attention was lost.

We saw the individual seats, large windows, the overview in the interior and roughly the basic shape of the Scénic Concept in 1996 in the Renault Mégane Scénic. We also saw a nice detail of the powertrain in the production version in the long run. The Scénic Concept was in fact four-wheel drive and that eventually came back – after the facelift of the Mégane Scénic – in the special Scénic RX4. A gimmick of the Scénic Concept that could eventually also be found in production Renaults in a slightly different form was a separate module for the central door locking. The Scénic Concept had a control element in the cockpit that was removable. You could use it to open the doors or set the alarm. In a sense a forerunner of the ‘pass’ that was introduced with the second generation of the Laguna.

Earlier this year we already discussed the Renault Scénic in detail, as the French space wonder celebrates its 25th anniversary this year.