Shazam from the Control Panel: this is how you can quickly recognize music

Even when listening through headphones

Starting with iOS 14.2 and iPadOS 14.2, you can use Shazam from the Control Center. You can then recognize music faster, without needing an app or using Siri.

For a number of years now you can use Siri Shazam to directly ask the assistant to recognize a music track. But there may be a faster way to recognize music that also offers additional features: Shazam in the Control Center. How does this work, where are your Shazams stored and what can you do with it? You can even recognize music on your headphones or earbuds this way with Shazam.

Add Shazam to the Control Center

To use Shazam in the Control Center, you need to set it up first. You do this by adjusting the Control Panel. It works like this: 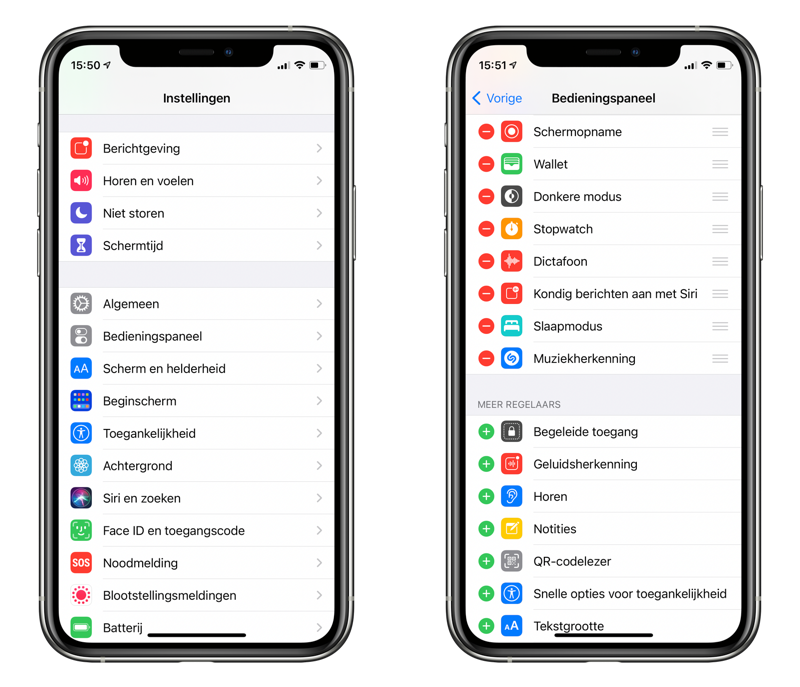 Using Shazam from the Control Center

If you hear a song on the radio or elsewhere and you want to know which song it is, do the following: 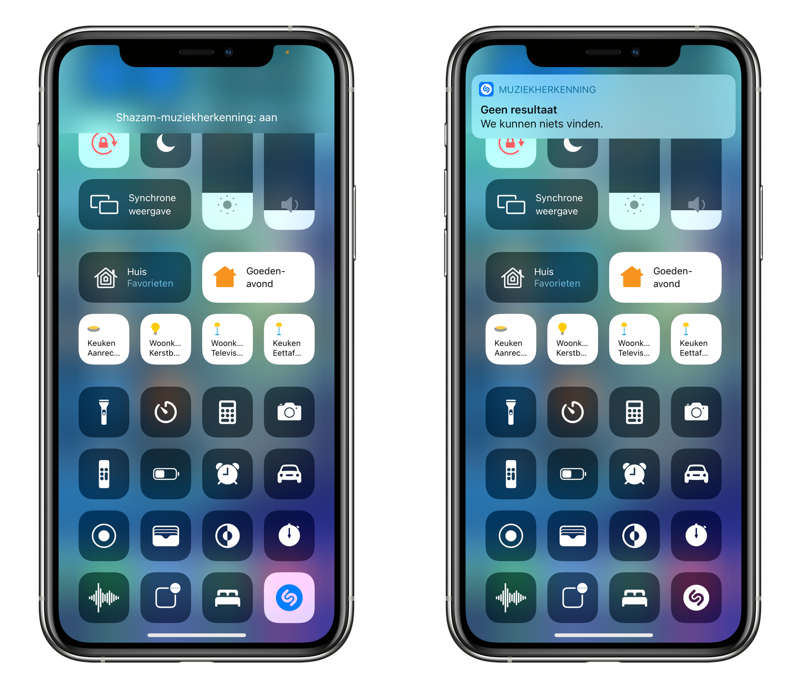 The music recognition listens for about ten seconds and then switches itself off again. If no result is found, you will also see this in a message. So you don’t have to worry that Shazam is always listening in when you add the button to the Control Panel.

View and save shazams

If a result is found, you can press and hold the message to expand it. If you tap on the album cover, you save the Shazam in the Shazam app. It will then be added to your list of recently recognized songs. You will also see a button here to immediately listen to the song via Apple Music. 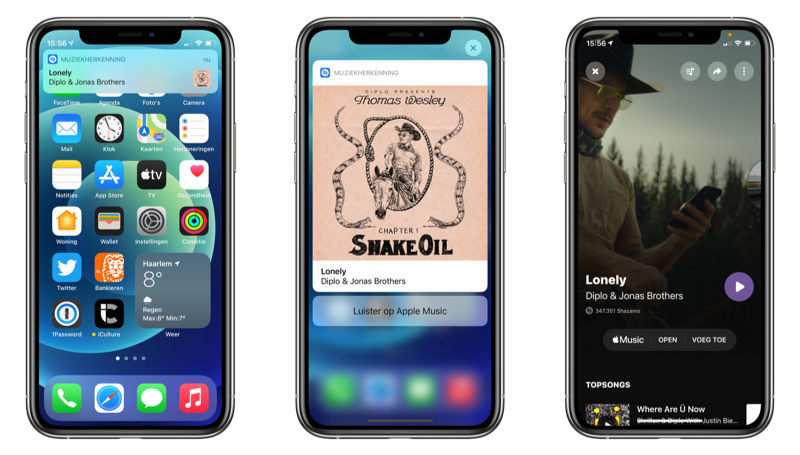 If you haven’t installed the Shazam app, the notification will forward you to the Shazam website. You will then see more information about the recognized song and view (if available) the synchronized lyrics.

So there is no other place where your Shazams are stored than the Shazam app. When using Siri with Shazam, the recognized songs will still appear in your iTunes Store app wishlist, but this feature doesn’t.

The handy thing about this function is that Shazam not only recognizes music around you via the microphone, but also listens through your headphones or earbud. On Android This has been possible with the Shazam app for a while, but due to iOS privacy restrictions, the Shazam app itself does not have that option.

Now that the button is built into iOS as standard, Shazam can listen to what you’re listening to on your headphones. For example, if you’re listening to the radio through your earbuds or watching a movie or TV series on your iPhone or iPad with headphones on, you can quickly identify the song with the Shazam button in the Control Center. 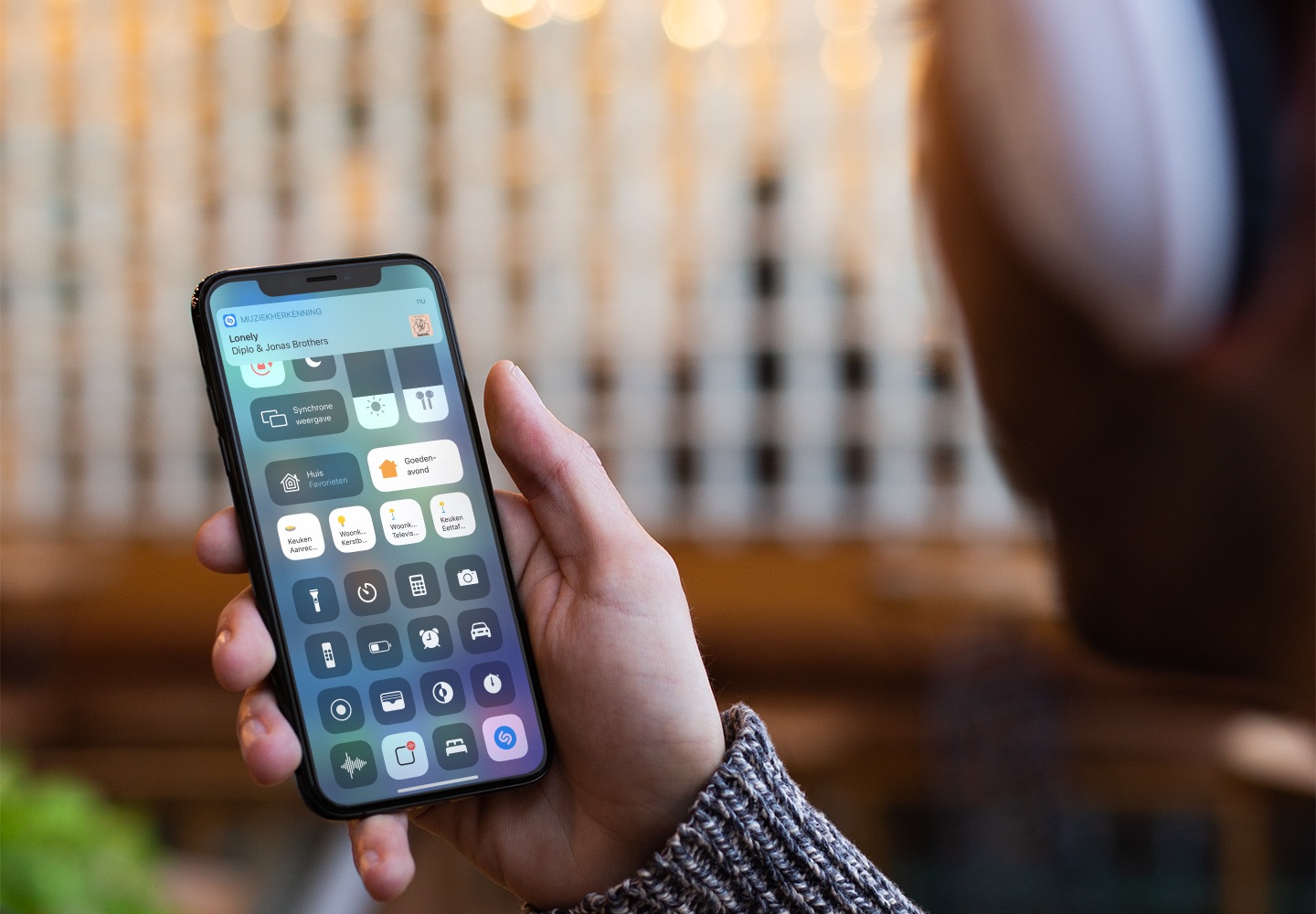 Also read our other articles about Shazam:

Choosing a new WiFi router: you should pay attention to this

What should you pay attention to with your...
Read more

The best Porsche of the moment? The 718 GTS 4.0 has a naturally aspirated boxer six-cylinder under the hood. What a very...
Read more

The British rally team M-Sport has once again ventured into dressing a Ford where you do not just expect that approach. The result...
Read more

Electric cars are becoming more and more numerous, better and cheaper, but the call for really affordable models is still great. The new...
Read more

The soil as a living space in the spotlight

Choosing a new WiFi router: you should pay attention to this

What should you pay attention to with your...
Read more
Apps & Software

The best cases for the iPhone 12 Pro Max

Looking for a nice case for your iPhone...
Read more
Apps & Software

The Touch Bar on the MacBook Pro has...
Read more
Apps & Software

Chat securely with Signal on your smartphone

WhatsApp is used by almost everyone, but there are safer ways to communicate with others. The...
Read more
Apps & Software

Forward locations in Google Maps from desktop to iPhone and iPad

Have you found an interesting place in Google...
Read more
Apps & Software

Use Face ID with a mouth mask? That’s how you set it up

A face mask is now indispensable in the...
Read more