Simulates what keeps our lungs clean 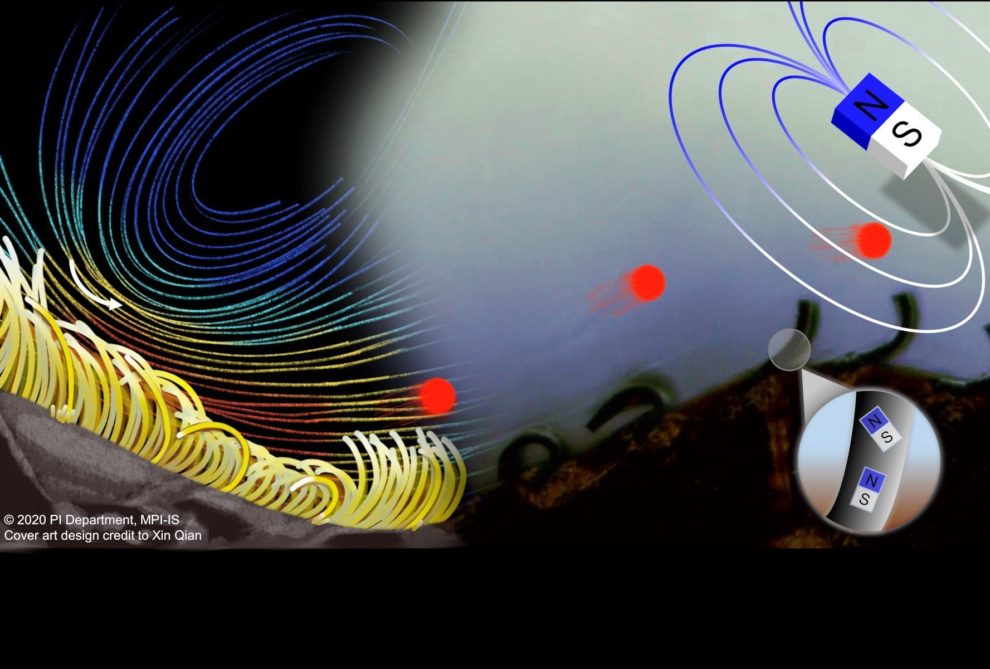 On the trail of microscopic La Ola waves: How the cilia transport substances in the body, researchers have now shown using controllable replicas of the tiny creatures. Using the model, they identified the sequence of movements through which these so-called cilia optimally transport mucus, pathogens and particles. Their artificial cilia system also has potential for technical applications, say the developers.

Like carpets, microscopic accumulations of hair cover the body structures of many living things: The cilia, for example, cover the mucous membranes of our respiratory system. It is already known that they perform rhythmic movements that run through the carpet like a wave. This removes mucus and substances that adhere to it from the airways. The cilia have a similar function in the fallopian tubes: They transport the egg cells in the direction of the uterus. Another example are the cilia structures of coral polyps, which ensure that nutrients are transported in a targeted manner from the water.

Several studies have already shown that in the course of evolution a movement pattern of the cilia has developed, which ensures the formation of a wave that causes an optimal flow of fluid. However, it is unclear exactly what dynamics this effect is based on. Because researching natural cilia and their collective behavior is tricky because they are only a few micrometers in size. This makes them very difficult to research even with a microscope. And since their movement behavior cannot be controlled either, their biophysical mechanisms have so far remained unclear. In order to gain insights nonetheless, the research team under the direction of the Max Planck Institute for Intelligent Systems in Stuttgart (MPI-IS) has now developed an enlarged model of the cilia system.

Each replica of a cilia is just under a millimeter long in the concept. The structures consist of a rubber-like plastic in which magnetically charged particles have been embedded in a specific pattern. In this way, the movement of each hair can be manipulated: The researchers were able to control them using movable external magnetic fields and ultimately also stimulate groups of artificial cilia to move in a coordinated manner. It was thus possible to trigger “La Ola waves”, as they are carried out by the natural models. “With our artificial system, we can mimic the cilia movement on a larger scale, but the same physical laws apply. In this way, we were able to record which movement patterns generate a maximum flow of liquid, ”says first author Xiaoguang Dong from MPI-IS.

To make the effects visible, the scientists used a red dye and, with the help of an imaging process, showed how the hairs move a viscous liquid and transport particles thanks to the coordinated movements. The best way to transport the liquid turned out to be a flapping mode of the artificial cilia, which leads to the creation of a so-called antiplectic metachronic wave. Antiplectic means that the direction of wave propagation is opposite to that of the liquid flow, the researchers explain. “Our observation proves the critical function of the antiplectic metachronic waves and reveals the fundamental quantitative relationship between metachronic coordination and the induced fluid flow in both artificial and natural cilia,” concludes co-author Ziyu Ren from MPI-IS.

Potential for science and technology

The researchers now hope that their system will inspire further work: “Our artificial cilia could be used to investigate many interesting scientific questions – such as how the flow patterns of the liquid change when the dynamics of the cilia, the geometry of the edges or the type the surrounding fluid is varied, ”says co-author Wenqi Hu from the MPI-IS. In addition to investigating the biomechanics of the cilia, the scientists also have technical applications in their sights. The artificial system could therefore be used to develop wireless microfluidic pump systems in medical technology, they write.

The head of the project, Metin Sitti, says about this aspect: “My team is inspired by different biological systems. We want to explore the underlying physical principles of locomotion, intelligence and behavior and then use this knowledge to develop robotic systems. In this way, we not only want to better understand biological systems: In the future, we also want to use our robots as innovative, wireless medical devices to advance medicine and thus contribute to the well-being of our society, ”says Sitti.

Just like architecture, the car has to move with the times. And nothing is more 'in 2020' than hybridisation. Even in the...
Read more

Max Emilian Verstappen is once again following in the footsteps of F1 greats. This time by buying his own private jet. Life has a...
Read more

Ban or not, the above Audi RS3 fell victim to fireworks. True gasoline heads have many affectionate names for cars like the Audi RS3. ...
Read more

Tesla has not only put the electric car on the map, but has also been a true pioneer in over-the-air software updates from the...
Read more

A dying piece of the market: the sporty three-door hatchback is in danger of extinction. But can you still track down a nice...
Read more

You often do well not to get rid of your old Android smartphone when you have bought...
Read more
Computer & Phone

The digital super brain from Jülich

https://www.youtube.com/watch?v=AsS1lh29EMU Emission-free, light and safe: the DLR Institute for Vehicle Concepts is presenting the prototype of a car with a fuel cell drive and an...
Read more
Computer & Phone

The Dutch version of Amazon is a true mecca for tech enthusiasts. The webshop is full...
Read more