Strongest evidence yet that the Epstein-Barr virus causes MS 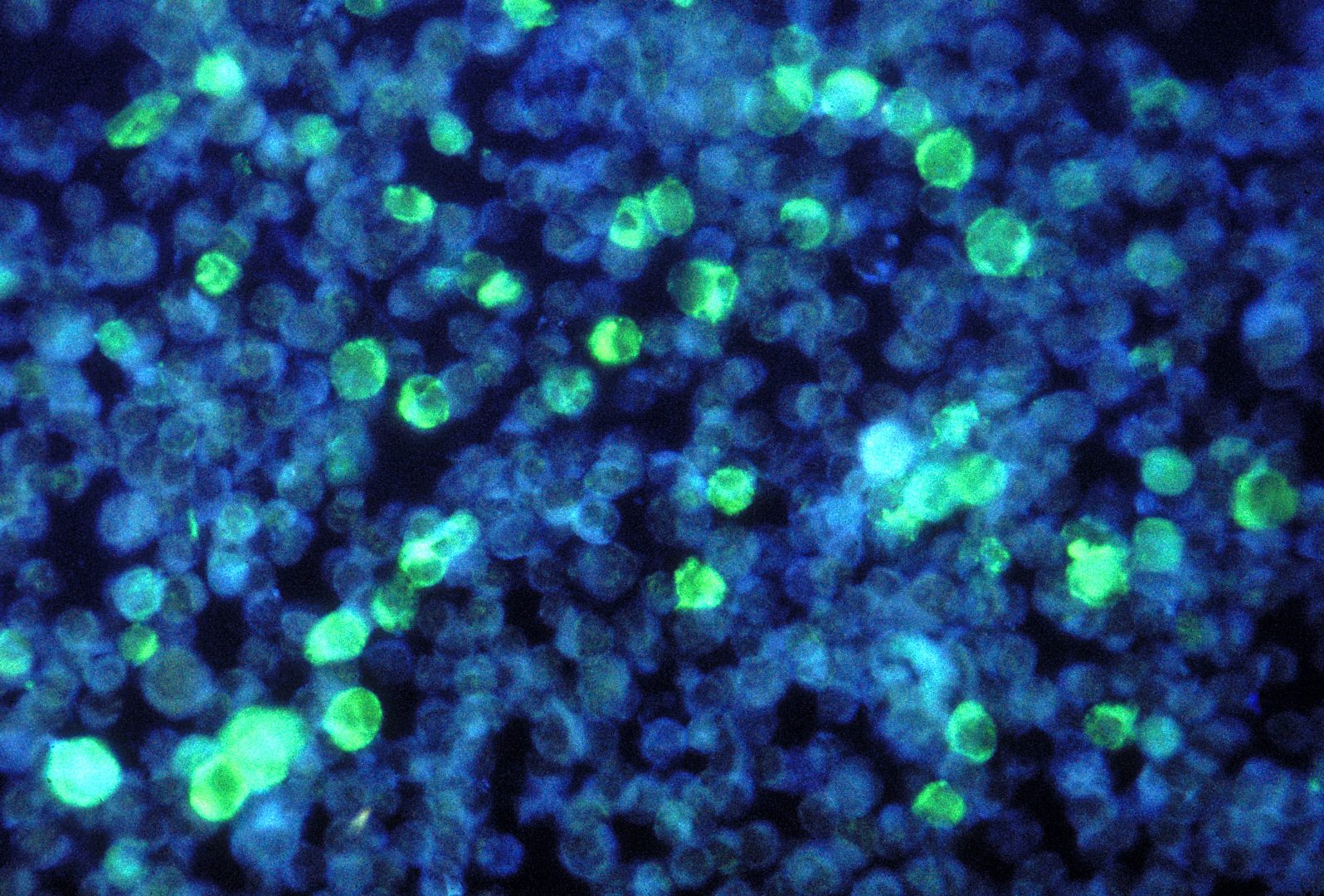 A massive survey of US military personnel indicates that nearly all cases of multiple sclerosis (MS) are caused by the Epstein-Barr virus. This means that a vaccine could largely eradicate the condition.

‘This is really a tipping point’, says epidemiologist Alberto Ascherio from Harvard University. According to him, the finding could lead to better precautions and treatment methods for the condition.

MS is a condition in which patients’ immune systems attack the protective covering surrounding nerves. This can cause a variety of symptoms, including difficulty walking. The symptoms worsen with age.

The Epstein-Barr virus is a herpes virus that mainly spreads through saliva, for example by kissing someone who carries the virus, or by drinking from the same glass. The virus causes, among other things, mononucleosis. An initial infection with the virus can lead to some symptoms, or go unnoticed. However, once the virus reaches a certain type of immune cells called B cells, it settles in these cells for good. The infection can recur and cause problems later in life, including multiple cancers.

It is difficult to demonstrate the relationship between the Epstein-Barr virus and MS because 9 out of 10 people worldwide are infected with the virus. So to determine that uninfected people are really less likely to develop MS, scientists need to study an enormous number of people.

Ascherio’s team turned to the US military. American soldiers regularly donate blood, making it available for the team to test for an infection with the Epstein-Barr virus. ‘That is almost unique in the world’, says Ascherio.

“These compelling results indicate that the Epstein-Barr virus is fueling the development of MS,” write immunologists William Robinson and Lawrence Steinman of Stanford University. an opinion piece about the study. “Now that this link has been established, the condition may well be eradicated.”

There is currently no vaccine available against the Epstein-Barr virus, although several research groups are working hard on it. On January 5, 2022, Moderna announced that they have started testing a possible mRNA vaccine in humans.

“We won’t know for sure that the Epstein-Barr virus causes MS until we see the impact of preventing Epstein-Barr infection on the number of MS cases,” says Clare Walton, researcher at the British charity the Multiple Sclerosis Society.

According to Ascherio, new ways to tackle the virus directly could also lead to better treatments. ‘The presence of the virus ensures that the immune system is constantly stimulated,’ he says.

A clinical study in ten MS patients shows that you can train immune cells, called T cells, to recognize and attack the Epstein-Barr virus. As a result, the disease symptoms are clearly reduced. The patients felt less fatigued and experienced less painful leg spasms.

What is not yet known is why so few infected people eventually developed MS in this study. That was less than 1 in 10,000 participants. “There must be one or more additional factors that cause MS,” says Walton.

Still, it appears to be the norm rather than the exception that only a small proportion of people who contract a virus infection eventually experience serious complications, says Ascherio. For example, only a handful of people infected with the polio virus develop the muscle weakness that eventually leads to permanent disability. The same applies to the coronavirus: only a fraction of infected people end up in hospital. This may be due to genetic factors.

In water, too, special fungi are involved in the decomposition of biomass and thus in the nutrient cycle. © H. Masigol Inconspicuous, hardly researched...
Read more
Biology

How HIV evades the immune system

A male marmoset exploring a branch. © Vedrana Šlipogor Like humans, monkeys have the ability to use tools, display complex social behavior, and learn...
Read more