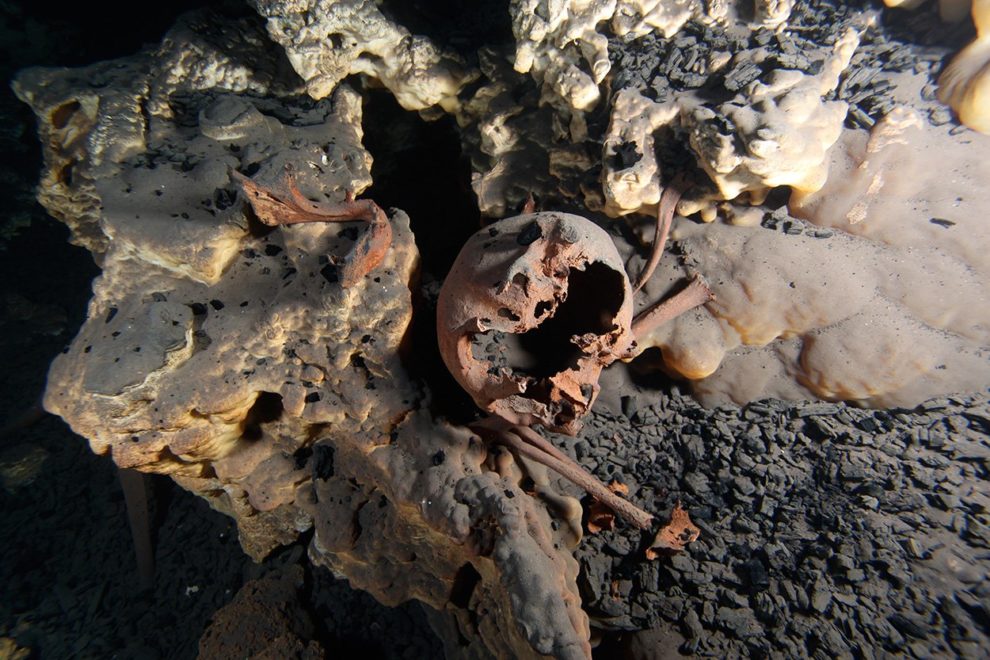 America was the last continent to be populated by humans. But when these immigrants spread and who they were is so far unclear. Four skulls found in Mexico now provide new material for discussion. Because the remains, which are between 9,000 and 13,000 years old, are surprisingly anatomically different: two show similarities with the Inuit from Greenland and Alaska, another is similar to the North American Indians and the fourth has strikingly European features. This is the first time that such diverse looking relics of early Ur-Americans have been discovered in such a small space – finds that solve puzzles.

Human settlement in the New World is one of the most discussed topics in archeology and biological anthropology – and there is still no consensus on the pace and manner in which early humans spread across the continent, ”said Mark Hubbe of Ohio State University and his colleagues. It seems clear that the ancestors of the Indians moved from Asia to America via the Bering Strait 20,000 to 15:00 years ago. However, it is controversial when exactly this happened, whether this immigration took place once or in several waves and on which route these first Ur-Americans moved further south. Genetic and archaeological data on the population diversity of these first settlers are equally contradictory: did they form an anatomically relatively uniform population with common roots? Or did multiple immigration of people of different origins lead to clearly different population groups even then?

In order to clarify this question, Hubbe and his team examined four pre-Columbian skulls that were found a few years ago in a flooded karst cave in the Mexican state of Quintana Roo. The four skulls come from people who lived in this area 9,000 to 13,000 years ago. “They are one of the oldest known human fossils on the continent,” said Hubbe and his colleagues. For their study, the researchers subjected all four skulls to computed tomography and analyzed their characteristics. They compared the morphological data obtained with that of modern comparative populations from all over the world. This enabled them to determine the type of person most closely related to the four Quintana Roo Americans.

The comparative analyzes unexpectedly revealed large differences between the four skulls. Although they were found in the same area and are only a maximum of 4000 years apart in age, their morphological features differed significantly, as the researchers report. The oldest skull at 13,200 years comes from a young woman and shows strong similarities with the Inuit of Greenland and Alaska. “These are considered robust, cold-adapted populations and differ significantly from the Native Americans,” said Hubbe and his colleagues. The same type also included one of the two younger skulls, which comes from a middle-aged man. The female skull from this period, however, shows clear similarities with the Indians and with today’s Asians. The second oldest skull, baptized El Pit I, on the other hand, looks completely different: its male carrier showed surprising European facial features around 13,000 years ago. “Such an association pattern was never seen before in early Americans,” said Hubbe and his team.

According to the researchers, these results demonstrate that the early Americans were very different in appearance. “The first Americans were far more complex and diverse than we thought,” says Hubbe. At the same time, however, he and his colleagues emphasize that the morphological correspondences with populations on other continents do not necessarily indicate direct descent: “In other words, the strong similarities of El Pit I with European populations do not yet demonstrate that there is a direct migration from Europe to America, ”said the scientists. Why the early residents of Quintana Roo looked so different and who their ancestors were is still unclear. However, the finds suggest that North America was apparently populated by different groups of people.

The results also indicate that the composition of the first human populations in North and South America differed. Because the fossils found so far in South America have a much more uniform appearance than the skulls from Quintana Roo or from other North American sites. “This suggests that the groups of people that populated South America represented only a small portion of the biodiversity of the North American populations,” say the researchers. The spread of people on the American continent was far more complex and also regionally different than had long been assumed. “Whatever we thought about America’s settlement so far is probably not the whole story,” says Hubbe. “We still have a lot to learn about it.”

Volkswagen announces that it will leave the German factories inactive for a longer period of time. The situation with the coronavirus does not yet...
Read more