Switch keyboards on iPhone and iPad

In addition to the Dutch keyboard, you can also use all kinds of international keyboards on the iPhone, such as an American keyboard or a French keyboard. In this tip, we explain how to easily switch the keyboards to another language or layout.

International keyboards on iPhone and iPad

The iPhone and iPad can be set to dozens of languages, so that people worldwide can use them. This naturally includes keyboards, because a different keyboard layout is common in almost every country, such as AZERTY in France and QWERTZ in Germany. You can also choose multiple keyboards on the iPhone, which you can easily switch between.

Here’s how you can add additional keyboards on iPhone and iPad: 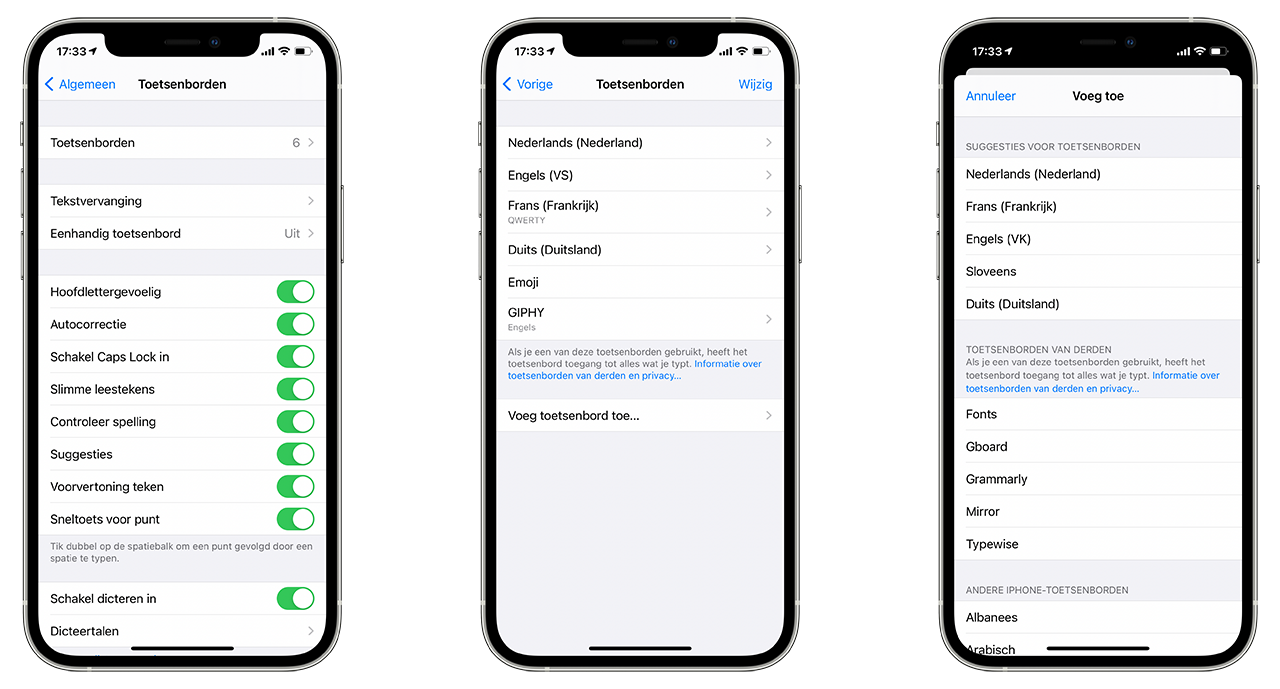 Switch keyboard on iPhone and iPad

You can quickly switch between the set keyboards by pressing the globe. You can find this next to the space bar on the keyboard. Each time you tap on the globe you will see a different keyboard.

This way you can quickly switch between Dutch, French and English, if those are the set keyboards. Setting up an English keyboard is useful if you often have to type English texts, as the spelling correction depends on the chosen keyboard. You can therefore quickly return to the Dutch keyboard via the globe.

Remove keyboard from iPhone or iPad

Do you want to remove a specific keyboard? Which can. You can also adjust the order of the keyboards. We explain both options below:

Handy keyboards for your iPhone or iPad

One of the nicer keyboards that is standard in iOS is the emoji keyboard. With this you can easily brighten up your messages and notes with a smiley. There are also all kinds of keyboards from external parties, such as SwiftKey. We also have a list of the best and most fun alternative third-party keyboards.

After some grainy pictures, it is time for Volkswagens official announcement of the Golf GTI Clubsport 45. It is now a five-year tradition of Volkswagen....
Read more

On the Mac you can set the Finder...
Read more
Apps & Software

With these tips you can get the most out of Signal

Because there has been some fuss about WhatsApp recently, many people decide to switch to other communication...
Read more
Apps & Software

That way you will never miss a TV program again

Use your own photo as an Apple Watch watch face

Alphabetize apps on iPhone and iPad