Some apps offer an option to choose a different language in their own settings. Apps that don’t usually rely on your language option set in your system settings. Since iOS 13 and iPadOS 13, you can determine the chosen language yourself, directly via the Settings app on your iPhone or iPad. It doesn’t work with every app, but it works with Mail, Stocks, Calendar, Notes and Reminders, for example.

Choosing another language from your favorite app is a piece of cake. All you have to do is the following: 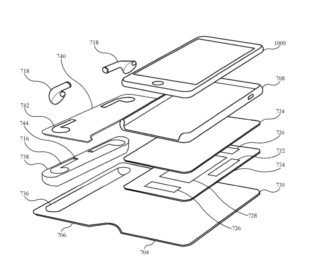 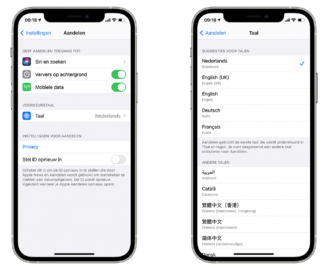 Choosing your preferred language per app works with some standard apps as well as some apps from third-party developers. There are, however, exceptions.

It is not possible to change the language of several standard apps, including Contacts, Messages and Phone. For apps from the App Store, the available languages ​​depend on the language that the developer has added to the app. For example, if Dutch has not been added, but German and English are, then those are your only options. Also keep in mind that the effect of the change differs per app.

Don’t see the option through the default Settings app? Then check the settings of the app itself whether a language option is built in.

We have even more tips about keyboards and language settings on your iPhone and iPad:

Would you prefer your favorite app in English...
Read more

GM EV600 is part of an ingenious ecosystem

With the GM EV600, the deliverers can deliver their parcels in silence. It is also sustainable and connected. Super 2021, so. The strongest,...
Read more

Mercedes-Benz cuts production due to a delivery problem

Mercedes-Benz has been forced to reduce production at the factory in Rastatt, Germany. The reason is an insufficient supply of semiconductors. Many manufacturers are...
Read more

Laughter yoga against stress: 3 exercises for in between

Photo: CC0 / Pixabay / Pezibear Laughter yoga is not primarily about postures or meditation - it is actually about laughter. We will show...
Read more

Turn off keyboard sound from iPhone and iPad

Do you want to turn off the keyboard...
Read more
Apps & Software

Do you know how many notifications you get on your iPhone in a day? That’s how you check it

View all your downloaded files on your iPhone and iPad

Are you accidentally looking for a file you...
Read more
Apps & Software

This is how you use the altimeter on the Apple Watch

If you have an Apple Watch Series 5...
Read more
Apps & Software

Using the iPhone as a flashlight: this is how you do it

You can turn the iPhone into a flashlight...
Read more