Top 10: The oldest occasions in the Netherlands

In these crazy times it is even more fun to look at the past. Very far in the past, that is. Back to the 1920s; because from that time the oldest cars are currently offered for sale in the Netherlands.

You may recognize it; to pass the time, shop around for second-hand cars. Always nice to look around what is for sale and what it still has to cost. Chances are that twenty, thirty or maybe forty years old is a bit the limit. Understandable, but what will surface if it can’t be old enough? 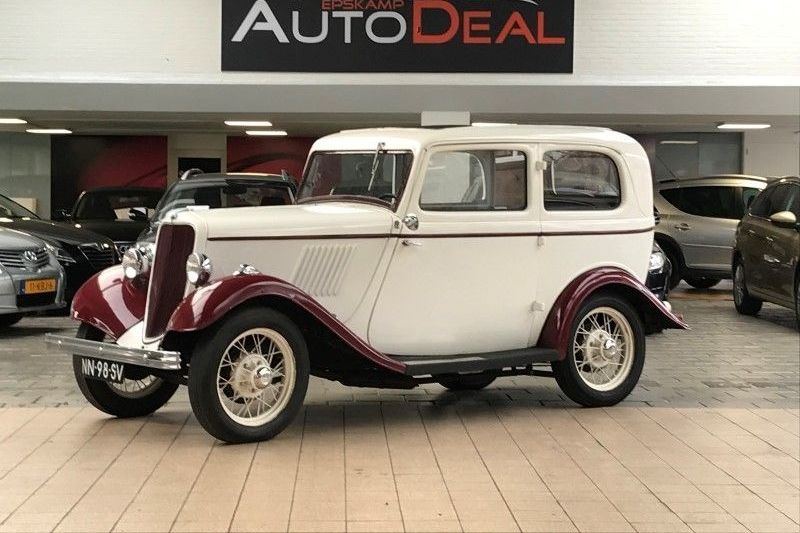 We kick off with a 1932 car. A Ford Model Y to be precise. This 88-year-old two-door is ready for more adventure on the road. This driving piece of history not only looks great, but is also one of the most important models in Ford history. This was the first Ford specifically intended for Europe. Huge numbers (before that) were sold and that partly explains that this Y is still there. The car is by no means expensive at all; for € 8,900 you have this special feature at your doorstep. In the same year as the Ford, this Morris Minor rolled off the production line. This was the model that made a large part of families in Great Britain mobile, say 90 years ago. Obviously, a (perhaps most well-known) Minor came much later, but it started in 1928 with this first generation. There were many variants, with two doors, four doors, coupes, convertibles, vans. This two-door was relatively the most common version. This 1932 copy seems ready for more, the asking price is on request. Assume around € 10,000. 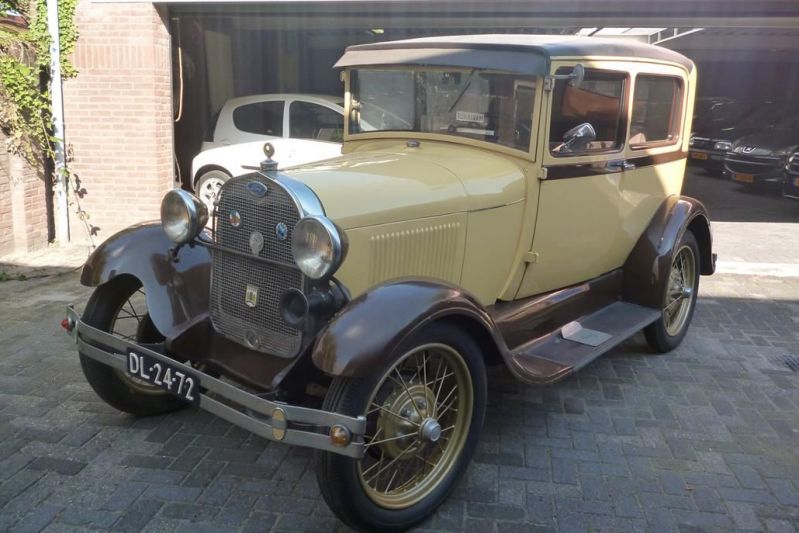 Yes, Ford was there early in large numbers and this is also evident from the representation in this top 10. This Model A is not the last Ford to pass. This A ‘coupé’ from 1931 looks so neat on the surface, but at the same time not too protected and immaculate. This is probably a matter of getting on and driving. You bet this drives a lot better than the above cars. The Model A is slightly bigger and had excellent power (28 hp) at the time, thanks to the 2.0-liter four-cylinder. In America there was also a 3.3-liter under the hood, but this copy seems to be a European variant. Asking price: € 15,590. 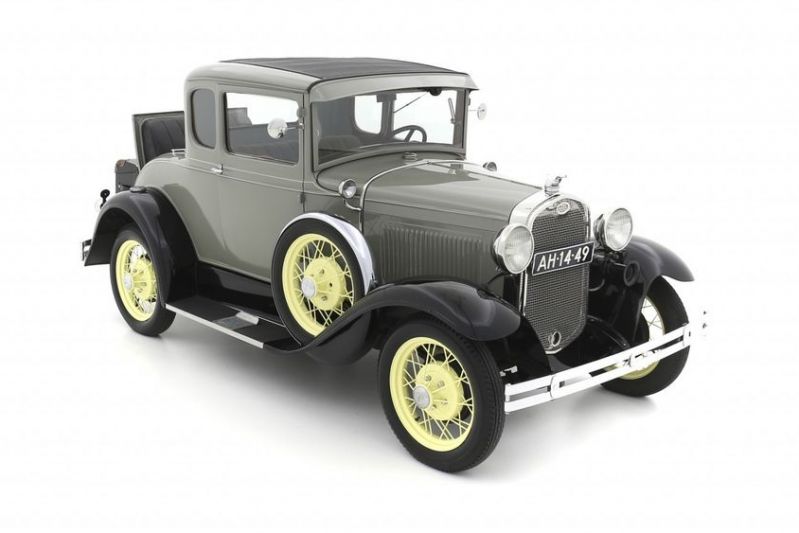 As said; Ford is well represented. This Model A is a year older than the one above and also seems to be more of a museum piece to cherish than a more widely deployable one like the previous one. This 90-year-old handsome looks in the pictures as if he just left the production line. This is also evident from the price of € 21,949, but we would be surprised if it is not worth it. Long before the beautiful streamline of the DS and especially far before the modern C4, there was this primal C4 from Citroën. This was the predecessor of the famous Traction Avant and was one of the most common cars in France in the late 1920s. The C4 was also fairly often found outside. Here in the Netherlands, too, this model remained part of the street scene for a long time. This copy has been around for a long time, since 1930, although the ad text and the plate under the license plate even mention 1929 as the year of construction. Anyway; given the neat condition, this Frenchman is not done with it yet. It should cost € 23,500. 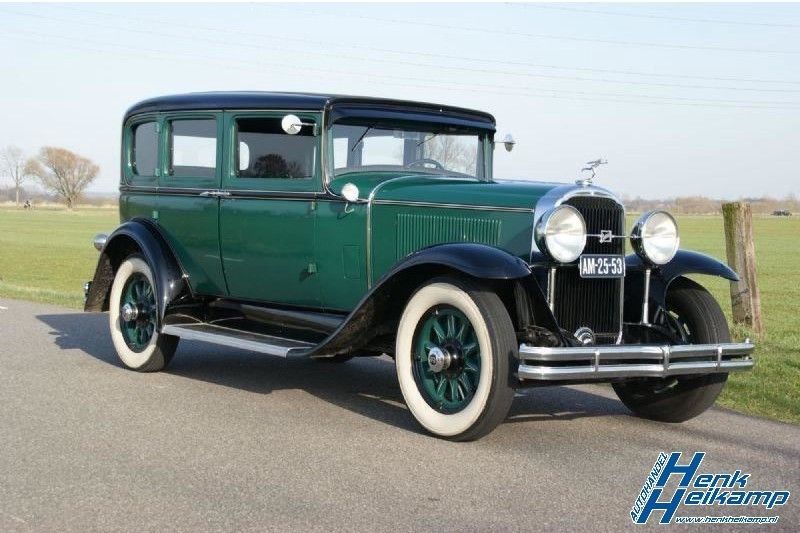 This is undoubtedly the most impressive car in this top 10. This 1929 Buick Series 50 is a huge battleship compared to the others. In the huge nose is a 100 hp 5.4-liter six-cylinder, making it immediately the most widely endowed of the list. On the very comfortable-looking benches you can sit comfortably as a passenger, especially in the back there is a sea of ​​space. Of course, all this pomp and circumstance comes with a price tag. It is also the most expensive car in this list: € 49,750. 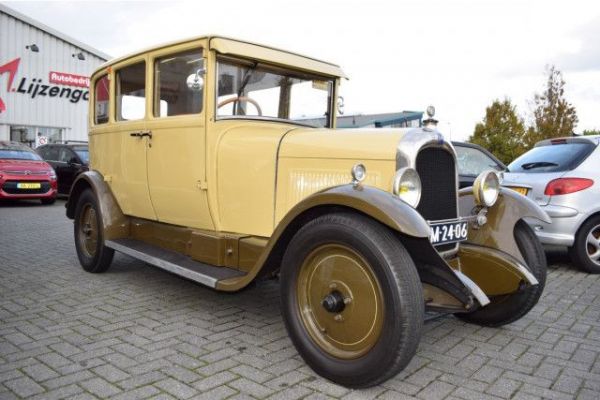 Again a Citroën and this time the predecessor of the aforementioned C4. We go even further back in time and arrive at this B14 in 1927, when this copy rolled off the production line in France. According to the provider, he stayed there until 1972 and since then the car has been here in the Netherlands. A restoration 16 years ago ensured that the car is in tip-top shape. It will certainly provide a special driving experience when you get behind the wheel of this B14, but don’t expect it to go fast. The ancient Citroën is in your driveway for € 14,900.

If you find that B14 something, but the lack of loading space still creates some doubts, then this pickup might be an interesting alternative. This model supplied a large part of the country’s groceries in the late 1920s and early 1930s, but will mainly serve as an eye-catcher today. This copy is 94 years old, but the necessary love and attention has ensured that this is both a workhorse and an ornamental horse. The car should yield € 14,950. We remain in the French corner, because the second oldest car we find in the current range is a 1925 Renault. The characteristic NN, also known as the 6 CV. No less than 17 hp, this very streamlined machine is at its disposal for its time. Nice detail, the radiators are behind the engine. Hence the openings in the side of the nose and the closed front. Also applies to this car; it is absolutely not fast, but thanks to the open seat you can drive into spring in style. Only first please deposit € 27,450. 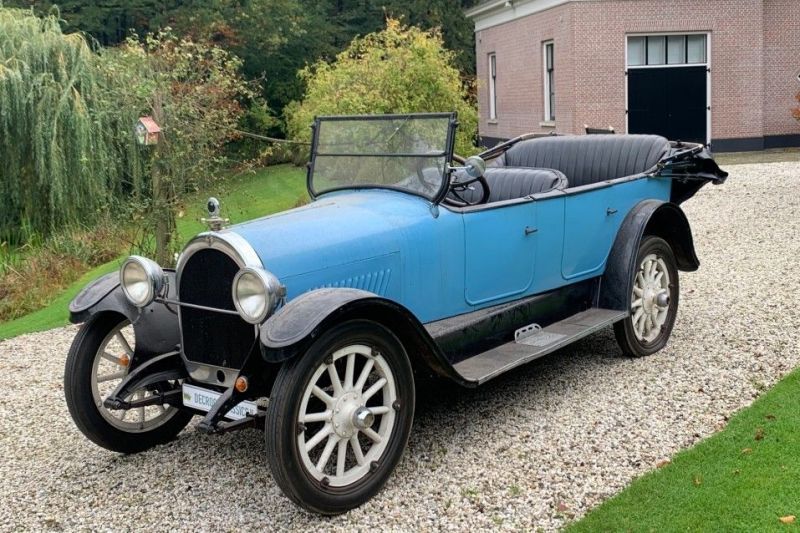 The oldest car currently on offer is also the most special. It is this very rare 1922 Oldsmobile 43A, also a convertible. Popularly referred to as the Four, the 43A was a more expensive but also slightly more luxurious alternative to the legendary Ford Model T. It was a special piece of technology, because Oldsmobile managed a whopping 40 hp from the 3.6-liter four-cylinder. Before that it was very neat and that was due to the fact that it was a overhead valve engine. That was a relatively new phenomenon at the time. A special machine, this light blue 43A Convertible. For € 19,950 he can go to a new owner, who can proudly say that his or her car is one of the country’s oldest.