What’s up with the breast drumming? 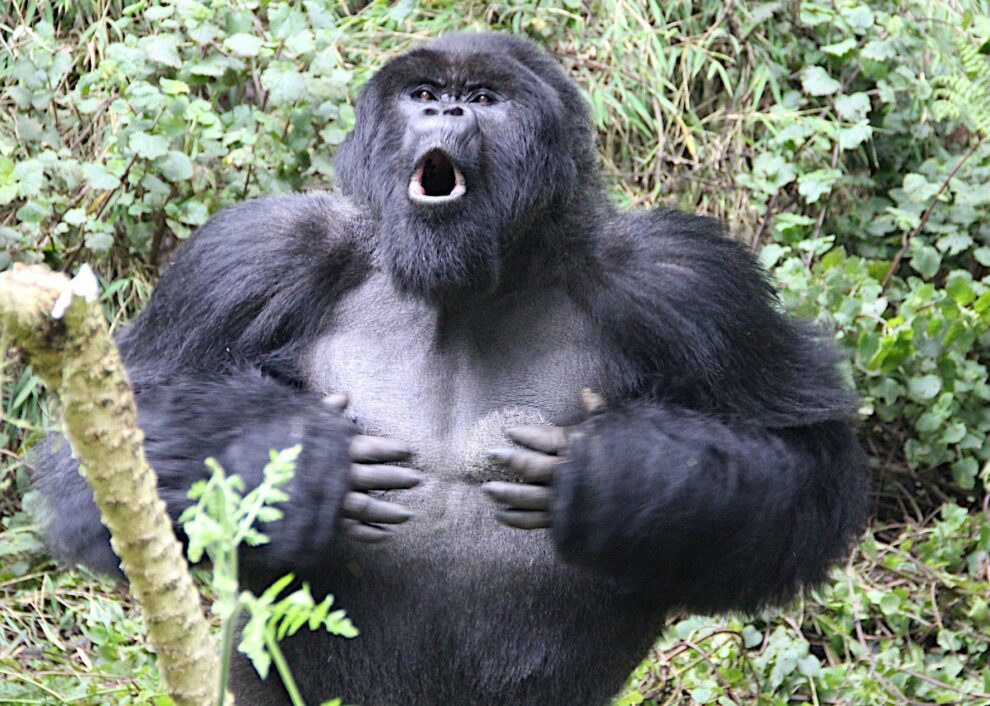 A thundering tremolo resounds through the jungle: Why do gorillas hit their chests so loudly? Apparently, they are spreading more than just the message “Here I am the boss!”, Study results suggest. The noise could therefore also announce how tall the drummer is and there is probably no showing off: the frequency is a true reflection of the animal’s mass, the analysis shows. This information transmitted by the drumming could thus be relevant for rival males and also for the females, say the scientists.

“Pat yourself on the chest” – the famous behavior of the gorilla males has even found its way into our everyday language. The idiom means that someone is overly proud. But what meanings the drumming has for our relatives in the animal kingdom has so far remained rather unclear. The males of the gorillas stand up in this behavior and hit each other in quick succession with the cupped hands on the chest. The loud noise can be heard over a distance of about one kilometer.

It is therefore fundamentally obvious that the loud behavior conveys territorial claims, warns competing males and possibly attracts females. But the researchers around Edward Wright from the Max Planck Institute for Evolutionary Anthropology in Leipzig suspected that there might be another concrete message. In the case of mountain orillas (Gorilla beringei beringei) in the Volcanoes National Park in Rwanda, you investigated the extent to which the sound could convey size information about the drummer.

The biologists recorded drum noises and also applied the technique of so-called photogrammetry to images of the respective male gorilla in order to record his body size in a non-invasive way. The sound analyzes in connection with the size data then showed: The mass is reliably reflected in the sound. The following applies: the bigger the drummer, the lower the acoustic frequency of the drum sound. “The gorilla breast drumming is a really iconic sound from the animal kingdom. So it is great that we can now show that gorillas can transmit information about their own height in this spectacular way, ”says Wright.

Earlier research by the research team has already made it clear that size is important in male gorillas: The heaviest animals are therefore more socially dominant and more successful in terms of reproduction than smaller males. So it stands to reason that rivals pay attention to height information that is transmitted while drumming. This enables the animals to better assess their competitiveness. This could help them decide whether it is worth going on a confrontational course. In addition, it seems plausible that the females also listen attentively when they are drumming – presumably, a deep-sounding silverback seems particularly sexy to them.

But, as Wright and colleagues conclude, there may be other interesting aspects to drumming: They have found great individual differences in the way different males drumming. This affects the number of beats as well as the total duration of the breast drumming. “This could indicate that the breast drumming can have individual signatures. But more studies are needed to test this assumption, ”says Wright.

Overfishing: Aquaculture is not a solution