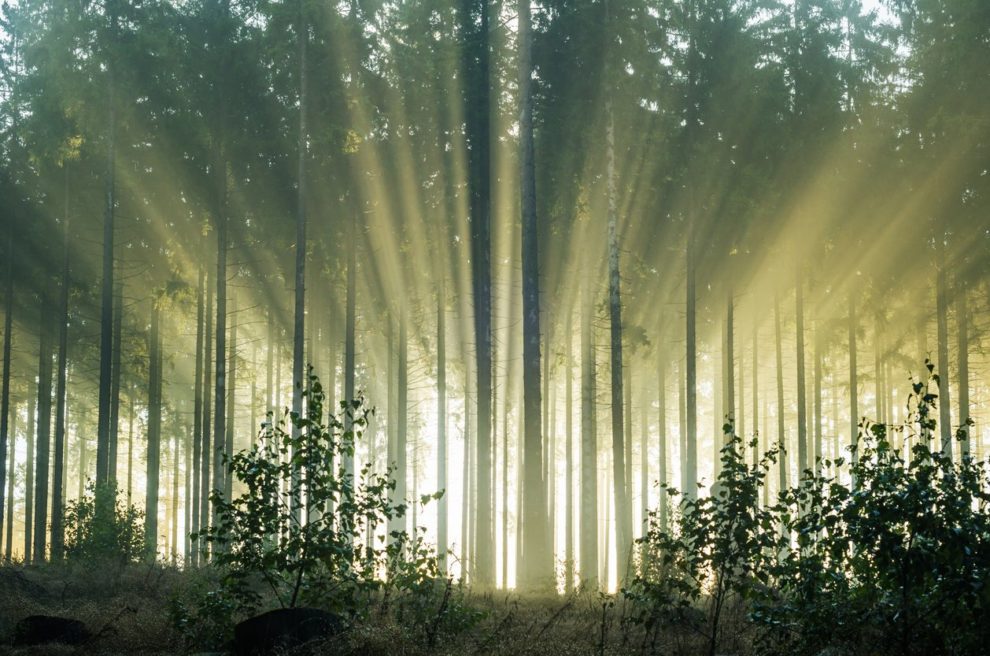 Instead of using cement and steel, we should rely on a tried-and-tested natural product, researchers say: Sustainably produced wood could transform urban development from a greenhouse gas source into a CO2 sink, according to their analysis. The natural building material has a double beneficial effect: the enormous greenhouse gas emissions from cement and steel production could be contained and CO2 bound in trees is permanently removed from the atmosphere. With intelligent management, the required amount of wood would also be sustainable, according to the analyzes.

As is well known, energy generation and agriculture cause enormous greenhouse gas emissions – but there is a carbon dioxide source that is far less prominent: the production of cement and steel. The emissions arise primarily from the chemical reactions in the production process, but also from the enormous demand for heat. “Urbanization and population growth will create enormous demand for the construction of new residential and commercial buildings – so the production of cement and steel will remain a main source of greenhouse gases if we don’t act,” says Galina Churkina from the Potsdam Institute for Climate Impact Research (PIK ).

If we continue to build with concrete and steel as before, and the floor space per person increases according to the current trend, the researchers say that by 2050 global emissions from mineral building materials could account for up to a fifth of the human CO2 emissions budget. So we should pay attention to this aspect if we want to keep global warming below two degrees Celsius, as the Paris Agreement provides.

In this context, Churkina and her colleagues have now explored the potential of wood as a building material. The main focus is on the use of technically processed versions such as glulam, which is adapted to the requirements of construction. The researchers emphasize that the material can also be made fireproof through certain treatments. According to them, “engineered wood” is a building material that, with appropriate funding, has enormous potential in urban development. To this end, the scientists have modeled four scenarios for the next thirty years based on available data.

There is potential in wood!

The results show that if things continue as before, only 0.5 percent of new buildings will be built with wood by 2050. If, on the other hand, mass wood production is promoted, the proportion could rise to 10 or even 50 percent worldwide. If countries with a currently low level of industrialization are making the transition to timber construction, even 90 percent of timber is conceivable, the scientists explain.

Under two conditions, this could make a significant contribution to achieving the climate stabilization goals of the Paris Agreement. “Firstly, the harvested forests are managed sustainably. Second, the wood from the demolition of buildings is reused, ”says Churkina. Then hundreds of millions of tons of carbon could be removed from the atmosphere in the long term. For example, a five-story glulam residential building can store up to 180 kilograms of carbon per square meter. “Trees offer us a technology of unprecedented perfection,” says co-author Hans Joachim Schellnhuber. “They extract CO2 from our atmosphere and convert it into oxygen to breathe and carbon into the tree trunk that we can use. I can’t think of a safer way to store carbon. ” The other important factor is the saving: The construction of wooden buildings can significantly reduce the emissions of greenhouse gases from steel and cement production, the researchers clarify.

But can so much wood be made available for construction in the long term? To investigate this question, the scientists evaluated statistics on timber harvests and other sources of information. From this they developed complex simulation models to assess the potential of wood production. According to their results, the currently unused timber harvest alone could meet the needs of the 10 percent timber scenario.

According to the researchers, targeted measures would also make significantly more possible. “If the use of timber is to be increased significantly, protecting forests against unsustainable deforestation and a host of other threats is crucial,” said co-author Christopher Reyer. “However, our vision for sustainable management and regulation could actually improve the situation of forests worldwide, as this would then be given a higher value,” emphasizes Reyer. “In addition, plantations would be needed to meet demand, including the growing of fast-growing bamboo by small-scale owners in tropical and subtropical regions. “There is a great deal of uncertainty here and there is a strong need for political measures to upgrade the forests and their products, but in general it looks promising,” says Reyer.

His colleague Schellnhuber concludes: “Mankind has used wood for buildings for many centuries, but now the challenge of climate stabilization is about a whole new dimension. If we process the wood into modern building materials and manage the harvesting and building wisely, we humans can build a safe home on earth. ”