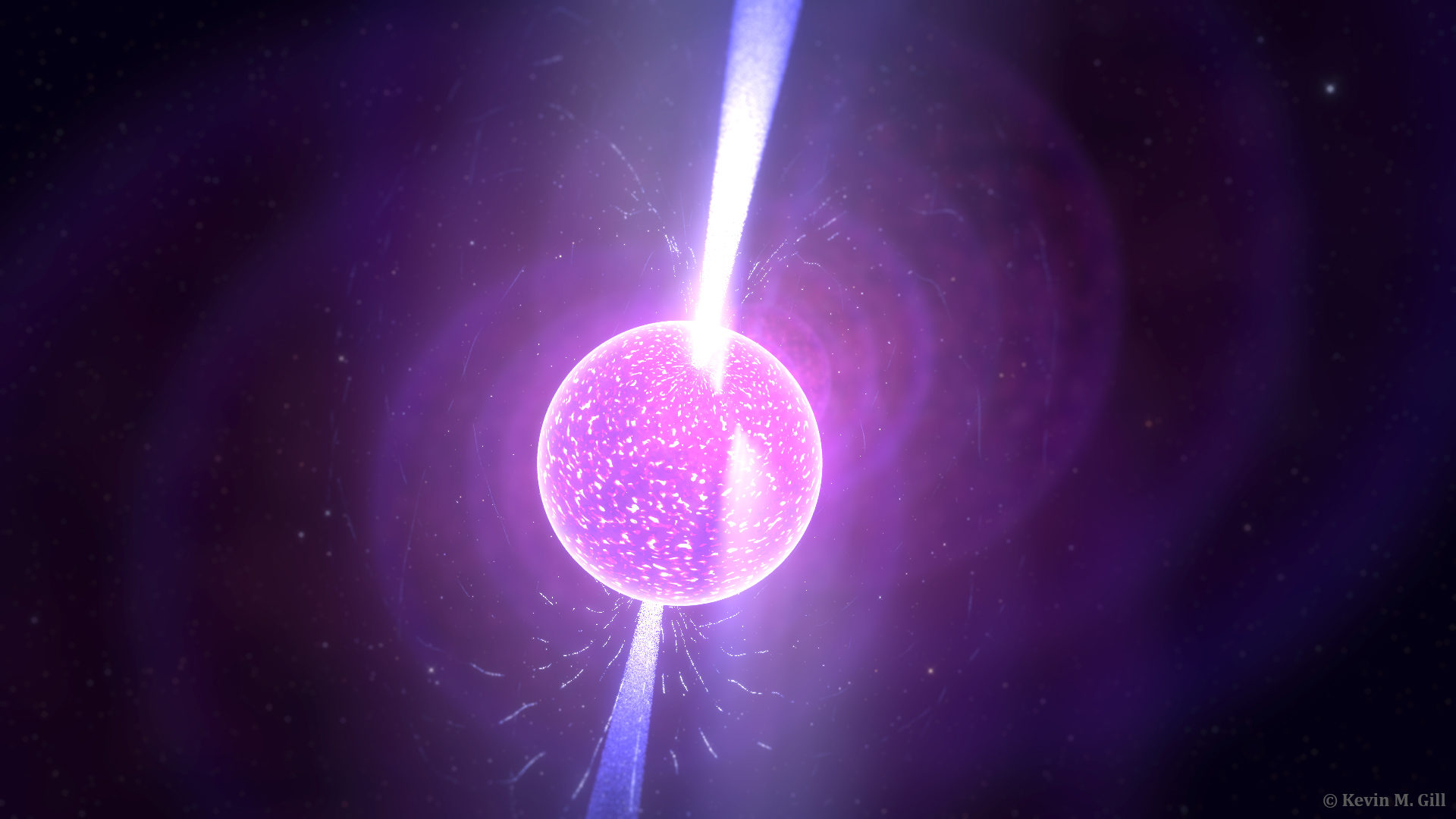 Impression of a pulsar. Source: Kevin Gill, CC BY 2.0

Most pulsars rotate on their axis once every few seconds. Researchers have now found an extremely slow specimen that rotates only once every 76 seconds.

Researchers have discovered a pulsar which rotates once every 76 seconds† A pulsar is a rapidly spinning neutron star, the remnant of a star that exploded in a supernova at the end of its life. The discovery of this relatively slow pulsar raises questions about how long such stellar remnants can remain active.

When a star of about ten solar masses explodes in a supernova, a dense clump of neutrons is left: a neutron star. When this neutron clump becomes highly magnetized and spins quickly, it can emit beams of radio radiation that are regularly aimed at Earth, a bit like light beams from a lighthouse. A neutron star with such lighthouse behavior is called a pulsar† 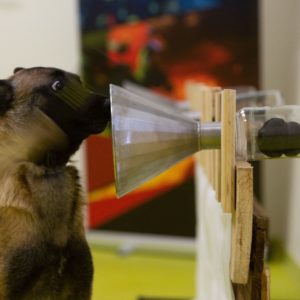 ALSO READ
Doctor Dog would like to sniff you

astronomer Manisha Caleba from the University of Manchester in the United Kingdom and her colleagues discovered a strange specimen called PSR J0901-4046. They did this using observations from the MeerKAT radio telescope in South Africa.

The pulsar is located about 1,000 light-years from Earth and orbits much more slowly than any other known active pulsar. It sends out a regular pulse of 300 milliseconds every 76 seconds.

“This is a very unusual type among the neutron stars that emit radio emissions,” says Caleb. “It’s in an area in terms of orbital time that we’re talking about.” neutron star graveyard where we expect them to stop emitting radio pulses. The pulsar is like a zombie star.’

Pulsars usually rotate on their axis once every 0.25 to 2 seconds. As they get older, they lose energy and spin more and more slowly. Eventually they stop emitting pulses and become regular neutron stars. The boundary at which this occurs is known as the death line.

With the discovery of Caleb’s team, the death line is lowered more than twice than before. The previous record for the slowest spinning pulsar was held by one that took 23 seconds to spin. “So our understanding of where the death line begins may need to be reconsidered,” Caleb says. “Neutron stars lying in the graveyard can still emit radio waves.”

The fact that the star is still a pulsar poses a challenge to some theoretical models, says professor of astronomy Cole Miller from the University of Maryland in the United States.

High Sensitivity: Why We Don’t All Live in the Same World

Time Machine backups are protected at the kernel level by the OS X kernel extension 'TMSafetyNet.kext', making it impossible to just delete a Time...
Read more

At the beginning of this year, a trick came to light with which you can hide Apple apps in iOS, now it is possible...
Read more

Why should you buy a Refurbished iPhone?

Everyone likes to save money. You work hard for it, want to buy as many cool gadgets as possible from your salary and...
Read more

Why Jupiter has no rings

Tracking down space debris with lasers

In a German observatory, researchers use sophisticated methods to determine the trajectories...
Read more
Astronomy

Largest molecules in space may cause mysterious infrared signals

The dark side of the moon

The sharpest image of the far side of the Moon: The figure was assembled from numerous images taken by the Lunar Reconnaissance Orbiter. ...
Read more