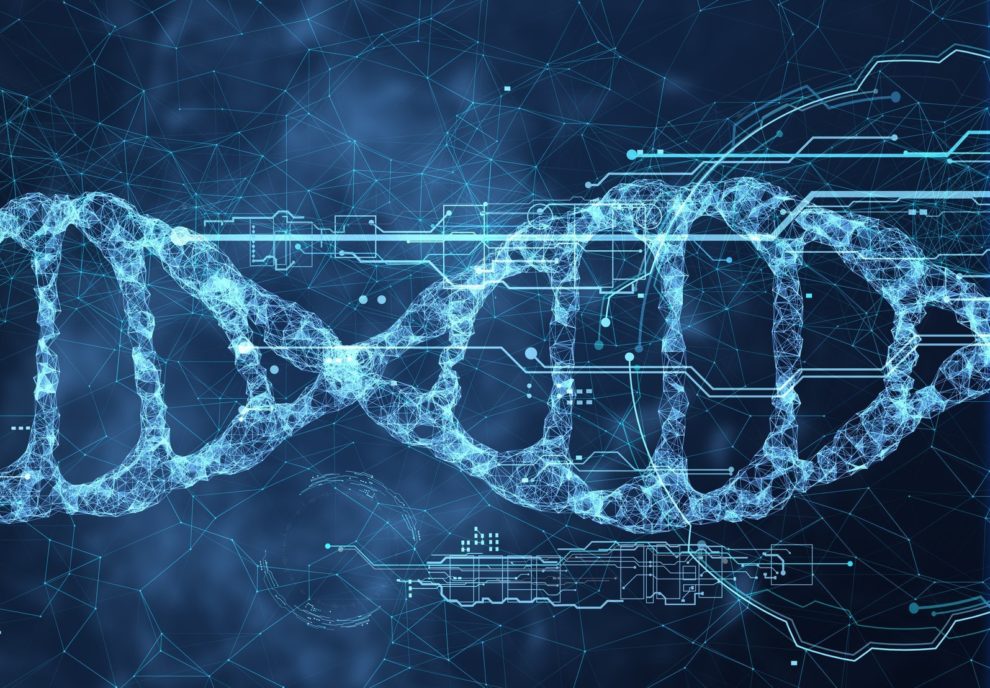 The power switch is activated and the gene machinery starts – what sounds like science fiction is obviously possible: Researchers have used biotechnological processes to create cells whose gene activity can be regulated electrically. They used the system to develop a medical implant that releases insulin after external activation. The prototype was able to successfully regulate blood sugar levels in mice. The concept could thus develop a new technology for treating human diseases, say the scientists.

Every cell of a person’s body contains all of its genetic make-up. Which genetic programs are active must therefore be precisely regulated. Special molecules can trigger the activation of genetic programs in the cell nucleus of certain body cells. For example, the production of insulin in the beta cells of the pancreas is naturally regulated. For some time now, however, researchers have also been trying to artificially control gene activity in cells using biotechnology.

Cells are genetically modified so that they react in a special way to certain stimuli. Biochemical molecules or light can serve as signals: With this so-called optogenetics, genes are introduced into the cells, which lead to the development of radiation-sensitive systems that enable cellular activity to be controlled by light. “Our goal, however, was to control gene expression directly with electricity – now we have succeeded in doing this,” says Martin Fussenegger from the Swiss Federal Institute of Technology in Zurich.

Fussenegger and his colleagues have used biotechnological processes to equip beta cells grown in the laboratory with certain genetic programs so that they respond to electrical signals. The cells form a special combination of calcium and potassium channels, which trigger an influx of calcium ions into the cell when electrically stimulated. This leads to a signal cascade that activates the gene for the production of insulin in the cell nucleus. The cell machinery then packs the hormone into vesicles, vesicle-like structures that fuse with the cell membrane and thus release the insulin within a few minutes, the scientists explain.

They used these cells to develop a device that can be implanted in the skin. It consists of a circuit board with reception and control electronics, which is connected via a cable to a container that contains the electronically activated beta cells. The electronics in the implant can be activated via a radio signal from outside the body, whereupon it sends electrical signals to the cells. They then respond by delivering insulin, which can be delivered to the body via a membrane. As the researchers report, initial tests on “diabetic mice” have shown that the implant can regulate the blood sugar level to a normal level.

Applied to humans, the concept could work like this: A diabetic has an implant in his body that contains the insulin-producing cells and an electronic control unit. As soon as the patient eats something and the blood sugar in his body rises, he can send an electrical signal via his smartphone using the app, or the app does this automatically when the menu is programmed. A little later, the cells then release the insulin and the blood sugar level is favorable – this is the vision. “Electrogenetics is the next tool in an expanding toolbox for the development of remote solutions for human therapeutics,” said Matthew Brier and Jonathan Dordick of the Rensselaer Polytechnic Institute in Troy in a commentary on the study.

However, the system has to pass many clinical tests and be further optimized before it can be converted into a treatment method in humans, the researchers say. Fussenegger and his colleagues are currently working on improvements to the connection between the electronics and the cells. They also explore what the optimal current should be so that the cells and their systems are not damaged. So far, one catch of the concept is that the cells have to be replaced after around three weeks. For this reason, Fussenegger and his team are also working on ways of replacing the electrosensitive units of their implant in a practical way.

Suzuki recently hung a 1.4 Boosterjet equipped with mild hybrid technology in the Suzuki Swift Sport. The Vitara and S-Cross will also benefit from...
Read more

That was not the tube they expected at the garage. Removing a hose from a car: that is a job for which a car company...
Read more

Suzuki S-Cross and Vitara also as a mild hybrid

No F1 races in Azerbaijan, Singapore and Japan this year

In any case, we will no longer see these races on the revised calendar. Last week there was finally clarity: the new F1 calendar was...
Read more

Smart Cars: Three tips that users can use to protect themselves from cyber attacks

Connecting the smart car with wearables - those who do not protect themselves run a special risk. (Image: Luca Bravo / Unsplash.com) The smarter cars...
Read more
Computer & Phone

Interview: “Put an end to the black box!”

A lot has changed recently when it comes to Wi-Fi. For example, last year WiFi 6 was...
Read more
Computer & Phone

What is Bluetooth LE Audio and what’s in it for you?

Many people use Bluetooth on their smartphones to send files and link external devices, such as speakers...
Read more
Computer & Phone

May is a somewhat quiet month on Disney +. There are, of course, ongoing series, such as...
Read more
Computer & Phone

Hard drives are unfortunately not eternal life. And you can sometimes notice that after a few years...
Read more