Researchers are calling for more restrictions on the wildlife trade 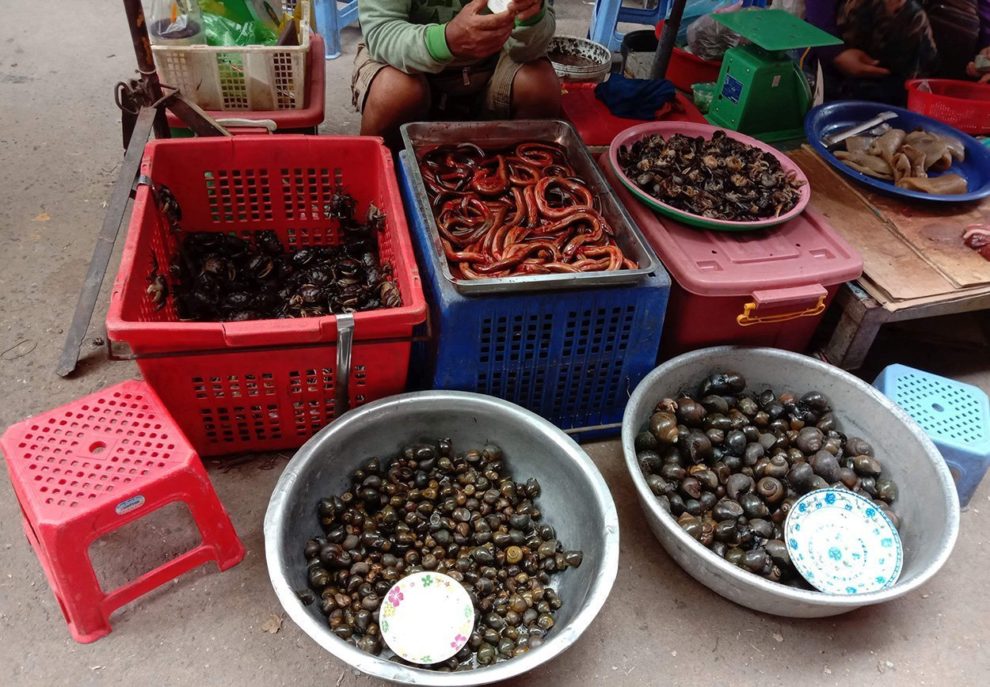 Many epidemics and pandemics are caused by pathogens that spread from the animal kingdom to humans – including the corona pandemic. This is due to the close contact between humans and animals, for example in the wildlife trade or in livestock husbandry. Scientists are therefore calling for stricter restrictions on the animal trade and more protection for untouched habitats. This is the only way to avoid further zoonoses in the long term.

Whether Covid-19, Ebola or influenza: All of these infectious diseases were caused by pathogens that jumped from animals to humans. While animal hosts such as bats, birds and rodents are mostly immune to bacteria, viruses or parasites, these are new to humans, so that our immune system is not prepared for them and becomes ill.

But how do the pathogens of such zoonoses get from animals to humans? The transmission usually takes place when humans are in close contact with wild or farm animals. Two main contributing factors to this are wildlife trade and habitat fragmentation, according to scientists. Animals in wildlife markets are often housed in an overcrowded and unsanitary environment, which provides a perfect environment for pathogens to spread. The destruction of the natural habitats of wild animals also plays a role. For example, when forests are cleared, people and livestock come into closer contact with the wild hosts of potential pathogens.

How can we avoid epidemics?

An international research team led by Amaël Borzée from the Forestry University of Nanjing is now calling for immediate action in a specialist article to limit the risk of further zoonoses. “We urgently call for the trade in wild animals to be regulated, protection for original ecosystems to be expanded and the demand for wild animal products to be reduced,” the researchers said.

Because, as they emphasize, short-term measures such as quarantines or social distancing can interrupt the chains of infection and slow down the spread of pathogens that are already circulating. In the long run, however, this does not combat the causes of pandemics like the current one: “Although local quarantines and lockdowns around the world seem to have some minor positive effects, these should be short-term successes in view of the far-reaching ecological, social and economic effects of the Covid-19- Pandemic cannot be overstated, ”the researchers said.

Measures in Asia as a model

In fact, the first governments in Asia have already reacted and taken further measures that, according to Borzée and his colleagues, could have long-term effects: In Korea, for example, the government has tightened controls on the wildlife trade by imposing an import ban on several invasive animal species. In June 2020, the Chinese government also banned the trade in pangolins (Manidae) – a group of animals that was also suspected of being a vector of SARS-CoV-2. The problem with this is that there has not yet been a ban on drugs that contain animal dandruff, so the researchers suspect that trade will continue via stocks, for example. “Therefore, additional legislation is needed to monitor the population of stored pangolin and to prosecute,” the research team stated.

Nevertheless, these measures could serve as a model for other countries that trade in wildlife and, for example, trade in leather. To avoid future pandemics, the scientists are calling on governments to enact effective laws and penalties that regulate wildlife trade, protect habitats and limit contact between humans, wild animals and farm animals. “In order to prevent another outbreak of whatever form, it must be recognized that the relationship between humans and nature must change,” adds Trishna Dutta from the University of Göttingen. As a side effect, animal species threatened with extinction such as pangolins can also be protected.

Review: Juke is a Dutch alternative to Spotify and Apple Music

Juke, the new music service from Talpa and MediaMarkt, is now officially available after a beta version was launched last year. But can...
Read more

For example, the NS Travel Planner app helps you find a seat

If you travel by train you will undoubtedly often find yourself in a crowded compartment, while there appears to be room in the back....
Read more

Why Honda never came up with an NSX Convertible? Here you have the answer. And then you haven't seen him with the...
Read more

To get it off, Gordon Murray comes with a final V12 supercar. Gordon Murray has made his mark in the field of motorsport as well...
Read more

It took a while, but iMovie has gotten support for the iPhone X's longer screen. Moreover, the app now works a lot smoother...
Read more

(Image: Geers) The favorite music, the laughter of a loved one or the sound of nature gives a lot of quality of life. However,...
Read more
Health & Medicine

How stickiness can betray bad guys

A T-cell (yellow) comes into contact with an antigen-presenting cell (blue). Tiny tensile forces occur on the surface, which the T cell can...
Read more
Health & Medicine

Resilience – An interview about the immune system of our psyche

Photo: CC0 Public Domain / Unsplash - Lukas Godina For our physical health we know what the body needs and we work on it. ...
Read more