Bacteria utilize both sulfur and methane 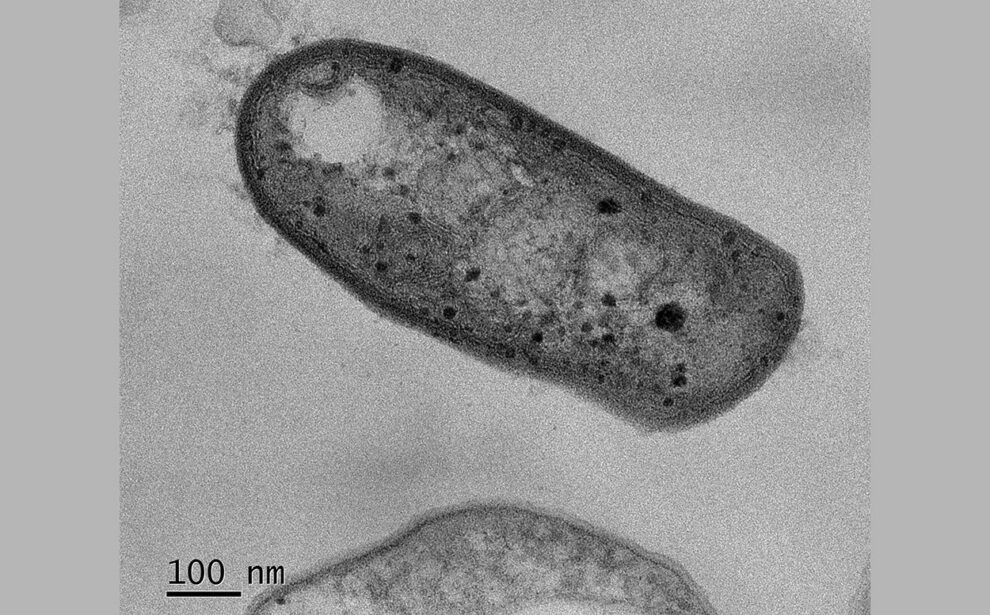 Wetlands such as swamps and moors are important sources and deposits of the greenhouse gas methane. How much methane the respective areas release depends, among other things, on the bacterial communities there. While it was previously assumed that bacteria can metabolize either methane or sulfur, depending on the species, researchers have now discovered a species that can use both at the same time as an energy source. The discovery sheds new light on the regulation of sulfur and methane cycles in wetlands.

Methane is one of the strongest greenhouse gases and is responsible for around 15 percent of the total greenhouse effect. It mainly occurs when organic material is decomposed by microorganisms without oxygen. In nature, this so-called anaerobic decomposition occurs primarily in wet areas or on the seabed. However, only a small portion of the methane produced actually ends up in the atmosphere. On the way to the surface, part of the methane is absorbed by so-called methane-oxidizing bacteria, which use the methane as an energy source. Bacteria that metabolize sulfur also have an influence on the methane cycle: They compete with the methane-producing microorganisms and can thus ensure that less methane is produced.

Sulfur and methane as food

“So far, a clear distinction has been made between microorganisms that metabolize sulfur and those that metabolize methane,” explains a research team led by Joo-Han Gwak from Chungbuk National University in Korea. “We have now isolated an aerobic methane-oxidizing bacterium that has metabolic abilities not previously found in any other methane-metabolizing organism: Methylovirgula thiovorans HY1 is the first bacterium that has been shown to oxidize both methane and reduced sulfur compounds in order to grow.” The team discovered the new type of microbe in samples from a raised bog in north-eastern South Korea.

In order to uncover the genetic basis of the metabolism of Methylovirgula thiovorans, Gwak and his colleagues analyzed both the genome and the gene products of the bacterium. In this way, they demonstrated different metabolic pathways that can run independently of one another, individually or simultaneously, in order to process the two different starting materials. The individual metabolic pathways were already known from bacteria, which use either only organic compounds such as methane or only inorganic sulfur compounds. But the newly discovered species can do both. The different metabolic pathways are apparently activated depending on which substrate is currently available.

According to the researchers, with its combined abilities, Methylovirgula thiovorans HY1 fulfills a dual function in methane regulation: The metabolic pathways that use reduced sulfur compounds use the same organic materials that also use methane-producing anaerobic microorganisms. This competition leaves less organic material for the methane-producing microorganisms, resulting in less methane. At the same time, if necessary, the bacterium also breaks down the methane produced by other microbes, gaining additional energy from it for its growth and thus ensuring that less methane gets into the atmosphere.

“Our results suggest that bacteria that can feed on both methane and sulfur are a previously overlooked component of environmental methane and sulfur cycles,” the researchers write. “This provides a framework for a better understanding of these oxidation-reduction cycles in natural and man-made wetlands.”