Freshwater crabs in the hottest place on earth 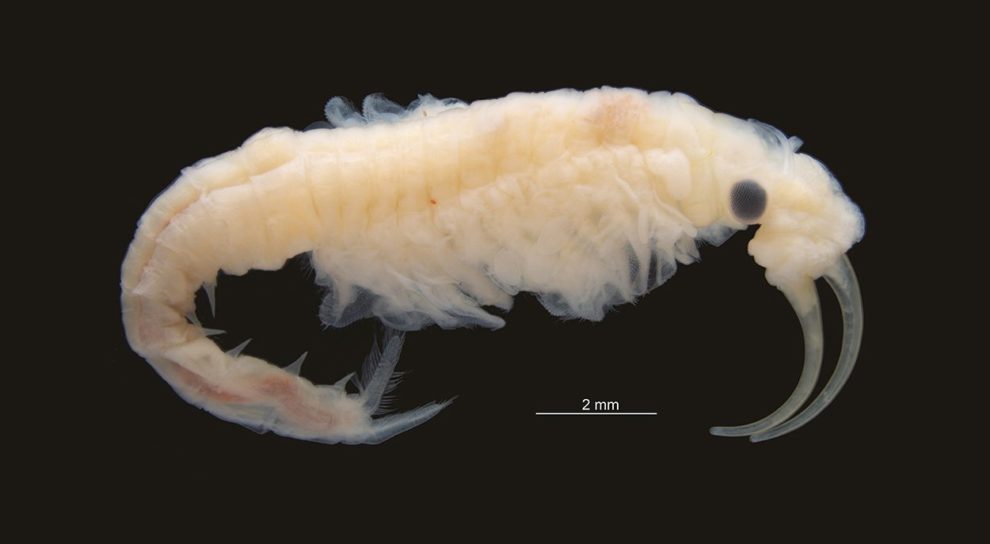 Life can be found even in the most extreme places on earth – this has now been confirmed by a very special find that researchers have made in the middle of the hottest desert on earth. In the Lut desert in southwestern Iran it can get up to 80 degrees and water is sparse. Nevertheless, freshwater crabs live there, as the zoologists discovered during an expedition. It is a previously unknown species and a relative of the well-known “tadpole shrimp”. The freshwater crabs live in short-lived pools that are created in the desert after the rare rainfall. They survive the dry periods in the form of resilient eggs.

The Lut desert – also known as Dasht-e Lut – is located in southwest Iran in a valley basin surrounded by mountains. Her name means something like “barren land without vegetation”. Because it is in the rain shadow of the mountains, an average of only 30 millimeters of rain falls there per year. At the same time, this desert landscape is exposed to strong downward winds, which have ground the limestone of the subsoil into rock formations that are kilometers long and up to 150 meters high and which have piled up high sand dunes in other places. Because of the partly dark scree, the valley location and the strong solar radiation, the temperatures in the Lut desert rise to record levels: NASA satellites have already detected surface temperatures of 80.8 degrees there. “The Lut desert is therefore also known as the“ heat pole of the earth ””, explain Martin Schwentner from the Natural History Museum Vienna and his colleagues.

Freshwater crabs in the middle of the desert

There is hardly any water in the Lut desert: the only year-round water-bearing body of water is the Rud-e Shur river, which has an extremely high salt content. Thick salt crusts on its banks are evidence of this. There are no permanent fresh water sources. Freshwater pools sometimes form briefly in spring only after heavy rainfall, which then becomes an important resource for the few animal inhabitants of this extreme desert. In order to better research the ecology, geomorphology and paleontology of this unique habitat, scientists undertook a total of three expeditions into the desert between 2015 and 2017. In 2017 – after one of the rare rains – they found what they were looking for when investigating one of the temporary pools: They caught several specimens of so-called fairy crabs – also known as “tadpole shrimp”.

“The discovery of the crustaceans in the otherwise very hot and dry environment was really a sensation for us scientists,” says co-author Hossein Rajaei from the Natural History Museum in Stuttgart. The fairy shrimp are known to have been able to survive since prehistoric times even under changing conditions and in frequently drying waters. In contrast to the “classic” Tadpole Shrimp Artemia, however, they are freshwater inhabitants. When the researchers examined their findings more closely, it turned out that it was a whole new species of fairy shrimp. It was given the scientific name Phallocryptus fahimii – after the Iranian biologist and environmentalist Hadi Fahimi, who also took part in the expedition in 2017 but was killed in a plane crash in 2018. As Schwentner and his colleagues found, Phallocryptus fahimii differs both in appearance and genetically from the four previously known species of this genus.

Permanent eggs as a survival strategy

The discovery of these freshwater crabs in the hottest place on earth and in such an arid desert raises the question of how these animals survive the long dry spells. The researchers suspect that Phallocryptus fahimii survives the drying out of the temporary pools in the form of particularly hardy and drought-resistant eggs. “These so-called perennial eggs are also known from other species and we know that they can survive for decades in the dry soil,” explains Schwentner. “The larvae hatch as soon as the waters fill up again after rainfall.” Most fairy shrimp reach sexual maturity within just two weeks, mate and then lay large numbers of permanent eggs in the pool floor. There, after the pond has dried out, the eggs remain in a resting state until the next rainfall brings them back to life. “They are therefore perfectly adapted to life in deserts. The fact that they can also survive in the Lut desert shows how resilient these permanent eggs are, ”says Schwentner.