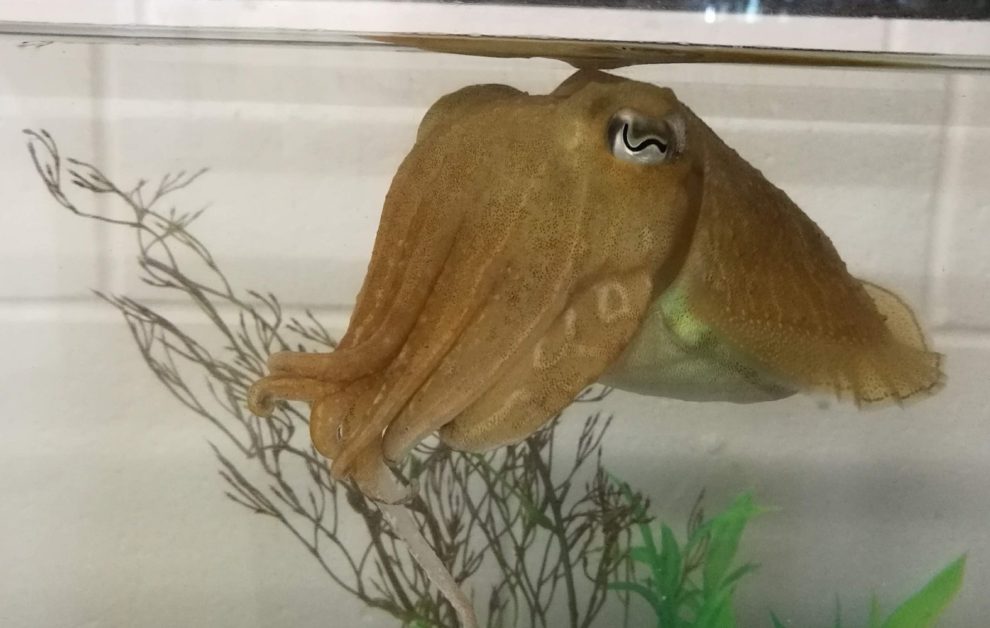 Those who are wise wait: we can resist immediate temptation knowing that it will give us greater reward in the future. Experiments show that squids are also capable of this disciplined intelligence. Another parallel to humans emerged: those squids that had been able to control themselves the longest also performed better on other cognitive tests than less disciplined individuals.

Humans are capable of so-called impulse control at an early age – this was demonstrated by the famous “marshmallow test” in the 1960s. Four-year-old children were each given a single piece of the candy and said: “You can eat this one marshmallow now – or you wait a little longer and then you get two”. This showed the children’s ability to control impulses and to what extent they are willing to delay the reward.

In contrast, most animals are unable to withstand an immediate feed stimulus or lack the cognitive abilities to understand that it makes sense to wait. There are exceptions, however: studies show that some primates and intelligent bird species can see the benefit and hold back. In humans and chimpanzees, it was also possible to demonstrate that the more intense the ability to delay reward, the better an individual does in tests on general intelligence.

Whimsical brains in their sights

As part of their study, the researchers led by Alexandra Schnell from the University of Cambridge have now explored the ability to control impulses in a creature that at first glance seems to have little in common with the intelligent representatives of vertebrates: the octopus Sepia officinalis. But as is already known from some studies, these cephalopods also have a highly developed nervous system that enables them to perform complex cognitive functions: Squids can learn and sometimes solve tricky tasks. There have also been indications that the bizarre marine animals have expectations of the future based on experience and adapt their behavior accordingly. That is why Schnell and her colleagues have now also investigated the extent to which octopuses are capable of delaying rewards.

“We used an adapted version of the marshmallow test for this,” says Schnell. A standard food object corresponded to the individual marshmallow and the role of the tempting future reward was taken over by the cephalopods’ favorite food: a shrimp. In the experimental facility, the animals had the choice between two chambers, each marked with a special symbol. In one, the standard food was immediately available, in the other, however, was the delicious shrimp, which, however, was only released by the researchers after a time delay. When the squid first got the standard food that was immediately available, they were denied the shrimp in the neighboring chamber.

The smarter, the more controlled

After a training phase, it was found that the animals understood this either-or system and finally behaved wisely: They waived the immediate reward and waited up to 130 seconds in favor of the delayed but better alternative. “The results were therefore comparable to what was found in monkeys, crows and parrots,” says Schnell. Similar to these, individual differences also became apparent with the squids: some were willing to delay more reward than others. The range of tolerated delays ranged from 50 to 130 seconds, report Schnell and her colleagues.

Further experiments then made it clear: Squids that could wait longer for a meal also showed better cognitive performance in learning tasks. The test animals were trained to combine a visual cue with a food reward. Then the situation was flipped so that the tidbit was associated with another clue. “The squids that learned both associations the fastest had previously been better able to exercise self-control,” reports Schnell. This is the first time a relationship between self-control and intelligence has been documented aside from chimpanzees and humans. It is therefore apparently a case of parallel evolution: Completely different developmental histories have led to the same cognitive trait, according to the researchers.

But why do squids of all places have self-control? So far there have only been assumptions: According to the researchers, the ability could be a by-product of the cephalopods’ pronounced camouflage behavior. Because squids spend most of their time hiding and waiting for a good opportunity to forage. “We speculate that impulse control developed in connection with this ability to wait,” says Schnell.

Young mussel while trying. (Photo: Thea Hamm) Microplastics have long been ubiquitous in the ocean. But at least mussels seem to be coping...
Read more
Biology

Nests of sand and silk

Quartinia wasps can stabilize their nests in loose sand through special silk glands on their head. (Photo: Volker Mauss) How can tunnels and chambers...
Read more
Biology

What’s up with the breast drumming?

Great tit solving the task. (Image: Michael Chimento) Not only humans and many mammals develop cultural traditions, birds also learn from each other. ...
Read more
Biology

In ants of the model species Temnothorax nylanderi, researchers have found abnormal behavior and changes in the activity of genes for immune and stress...
Read more