Teamwork to success: How rats work together 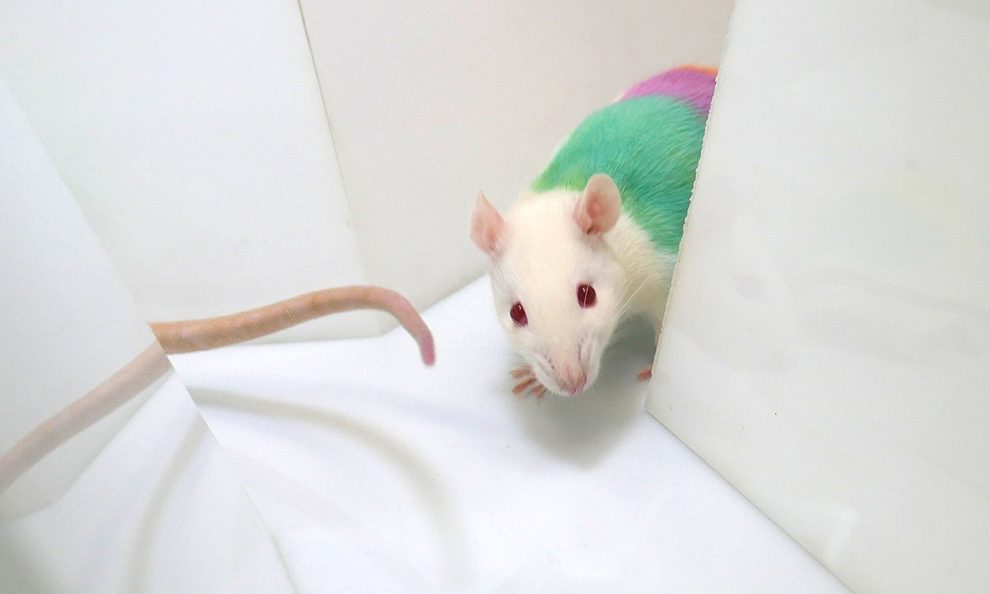 Concentrating on your own task, but always paying attention to others: That is the key to success – at least for rats when they go on an exploration tour as a group. Using video tracking, researchers have studied how rats individually and in groups explore a maze. The rodents in the team were more successful. The analysis of their search strategies could, for example, help to program autonomous robots.

In order to survive, almost all animals in the wild depend on finding resources such as water and food in their environment. What search strategies do you use? Previous research has examined this question primarily with the individual in mind. However, many animal species work together on complex search tasks. Rats, for example, are very social animals that live together in large buildings with numerous corridors.

Together in the labyrinth

Researchers working with Máté Nagy from Eötvös University in Hungary, the University of Konstanz and the Max Planck Institute for Animal Behavior in Konstanz have now examined how the rodents organize themselves. To do this, they let rats explore a labyrinth together. They marked the animals in color and tracked their movements using video tracking. The maze consisted of a large number of Y-shaped intersections and a total of 16 end points. A water dispenser waited for the thirsty rats at each end point, but only one of them was filled. So the rats had to decide at each crossroads in which direction to go in order to finally find the reward – the water. The labyrinth had high walls so that the rats could only see each other when they were in close proximity. Visual communication over long distances was therefore not possible. However, the rats were able to set odor marks.

The researchers sent the rats to explore both individually and in groups of eight and measured the time it took for the animals to find the water. “We found that groups do better than individuals in finding a destination, even if their ability to communicate or share information is limited,” says Nagy. On average, the rats searching together were 35 seconds faster than animals left on their own – even though the rodents in the group did not always concentrate exclusively on the search, but also spent time with social interactions. What exactly led to this group success? To answer that, the researchers analyzed which factors influence the rats’ walking path.

If the rats were to move randomly through the maze, there would be a 50 percent probability at each intersection for each of the two directions. As the researchers found, however, the rats showed clear preferences that increased their search success: in 78 percent of the cases they chose a corridor that had not been visited for a long time, in 60 percent of the cases they chose the direction in which the unexplored endpoints and in 63 percent of cases they ran to conspecifics within sight. Before a rat found the water, its top priority was to explore unexplored areas. When she had reached the destination and had had a drink, she continued to walk through the maze, but returned to the watering place more than average. Rats that followed her also found the reward – even though rats that had already drunk were not pursued more often than those that were still searching.

In a computer simulation, the researchers simulated the behavior of the rats and were thus able to confirm that a balanced combination of personal exploration and tracking other rats produces the best results. “So far, researchers have described in numerous studies how individuals improve their navigation performance by following others – or by being in a group. In our study, we combined two classic experimental components to uncover the mechanisms behind such group navigation in detail: The exploration of a maze, performed by the highly social rat as a model organism. By bringing these elements together, we were able to successfully uncover the search strategies that make groups more successful than individual animals, ”says co-author Andrea Flack from the University of Konstanz.

The rats’ simple decision rules can also help develop algorithms for artificial search systems: “These can include tasks in which a group of autonomous robots explore complex, labyrinthine environments that only allow limited communication, such as in abandoned mines “, Says Nagy.