The emergency lane: the history of the head-up display 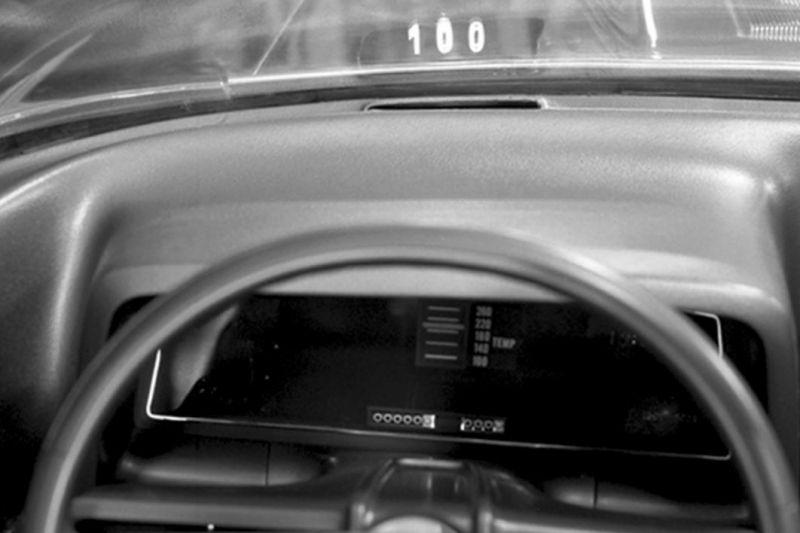 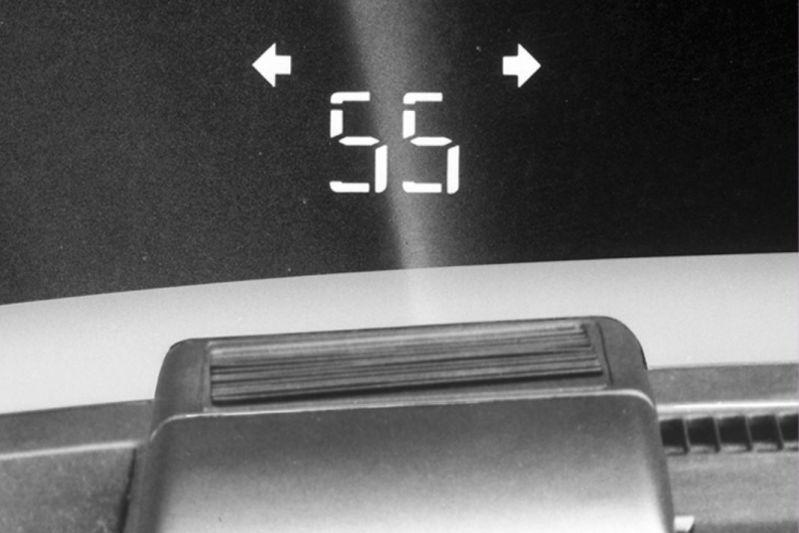 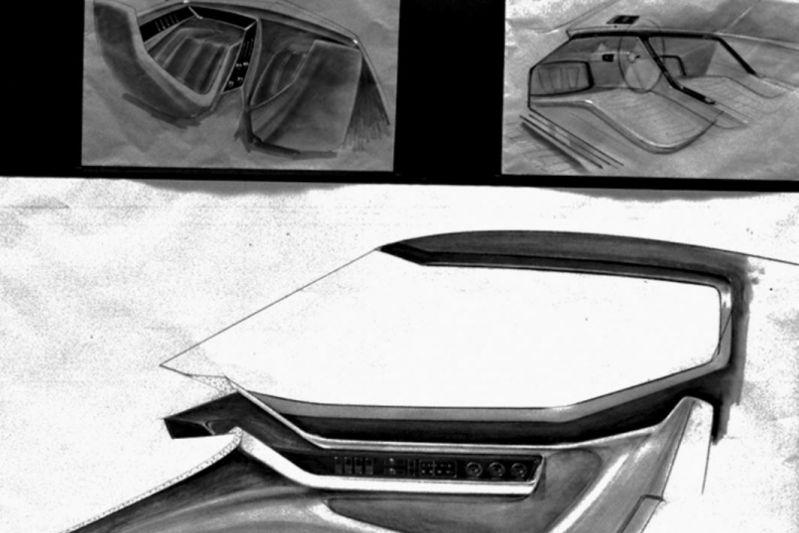 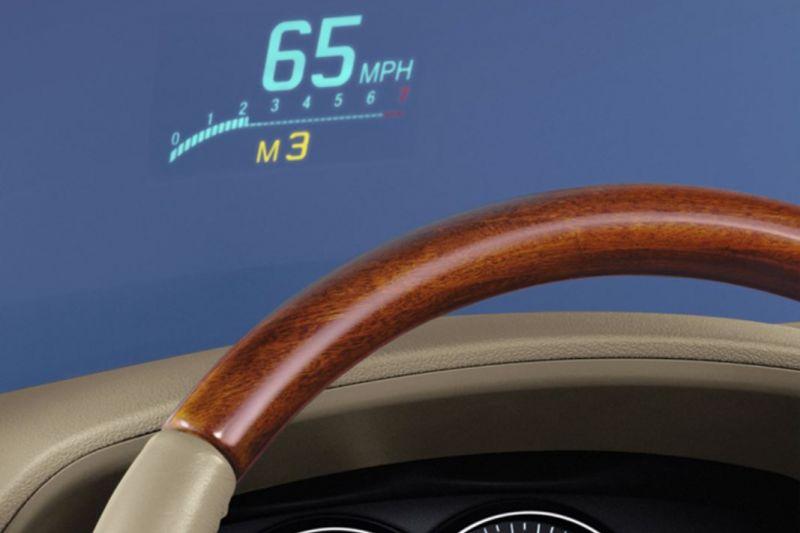 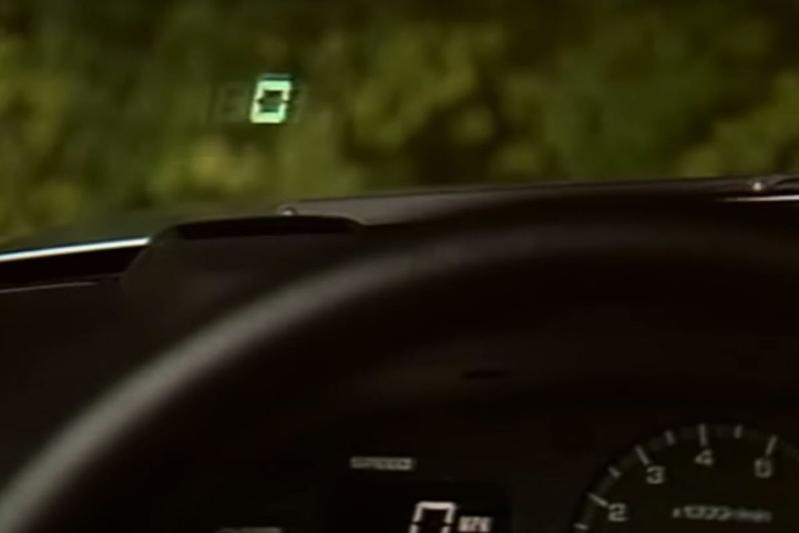 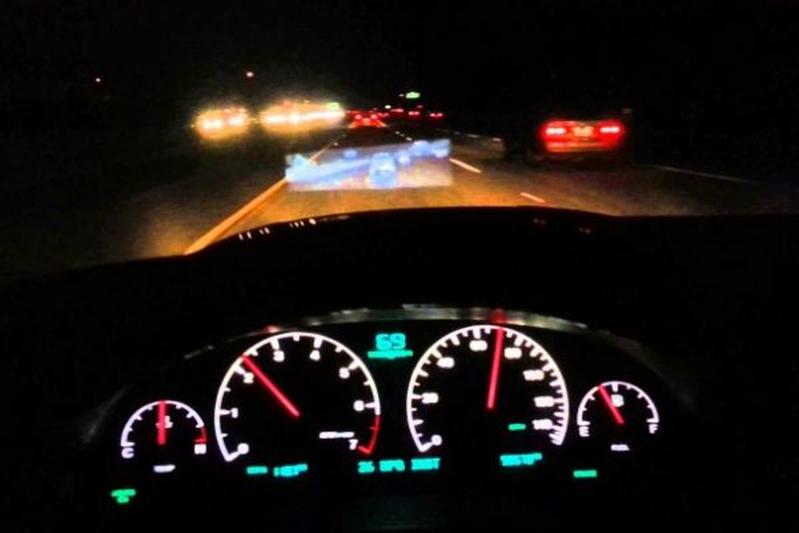 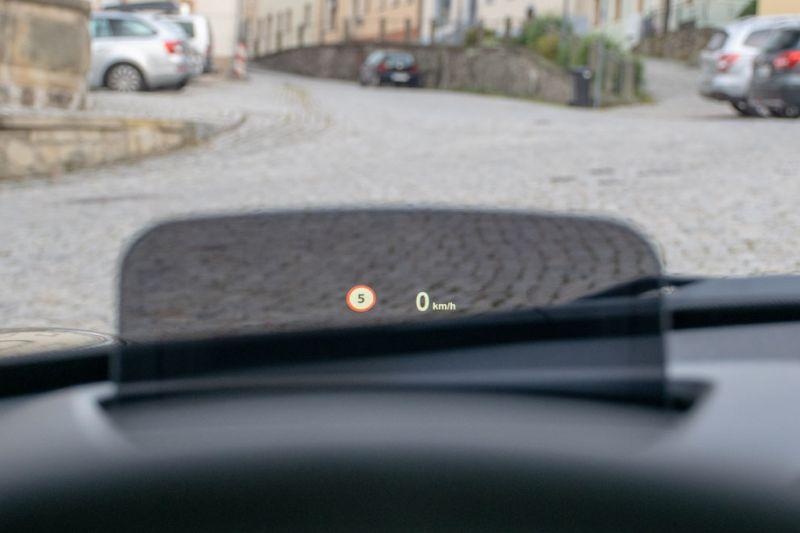 Nowadays many new cars are available with a head-up display: a projection of the speed, directions of the navigation or other information on or in front of the windscreen. This may seem like quite a high-tech innovation, but car manufacturers have been working on it longer than you might suspect. In this edition of De Vluchtstrook we dive into the history and some different applications of the head-up display.

The idea of ​​a head-up display (HUD) comes from military aviation. In the 1940s, the British aircraft manufacturer De Havilland already applied the technology to the Mosquito, a fighter aircraft that served in WWII. Inside the plane, the information from the radar was on a piece of glass in front of the window, as was the ‘artificial horizon’ that gives the pilot an indication of the angle at which he is flying. This means that the pilot does not have to keep his eyes on his instruments for as long and can pay more attention to what is happening around him in the sky. Although flying is a bit more complicated than driving, it is of course just as nice for motorists if they can keep their eyes on the road as much as possible. 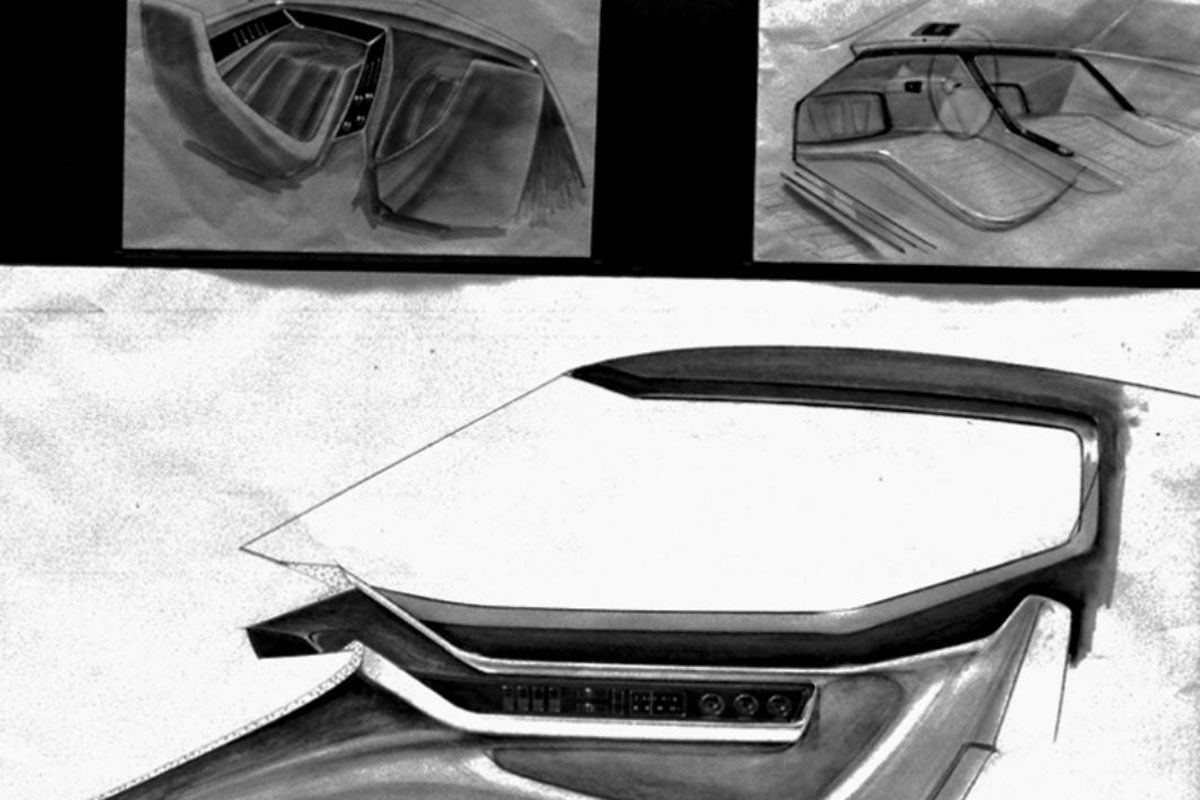 The drawings of the Mako Shark II with the head-up display.

It wasn’t until 1988 that the first head-up display actually came onto the market. This was partly because General Motors had bought aircraft manufacturer Hughes, so that the necessary knowledge was suddenly available. Oldsmobile was the first with the Cutlass Supreme, the head-up display was available as an option. At the time it was all pretty basic, as it only showed the speed and indicators for the turn signals. Incidentally, the Japanese were also fully engaged in development. The option was also available on the 1989 Nissan 240 SX and Maxima, showing only the speed in the window. In 1991 Toyota followed with a head-up display for the Crown Majesta. 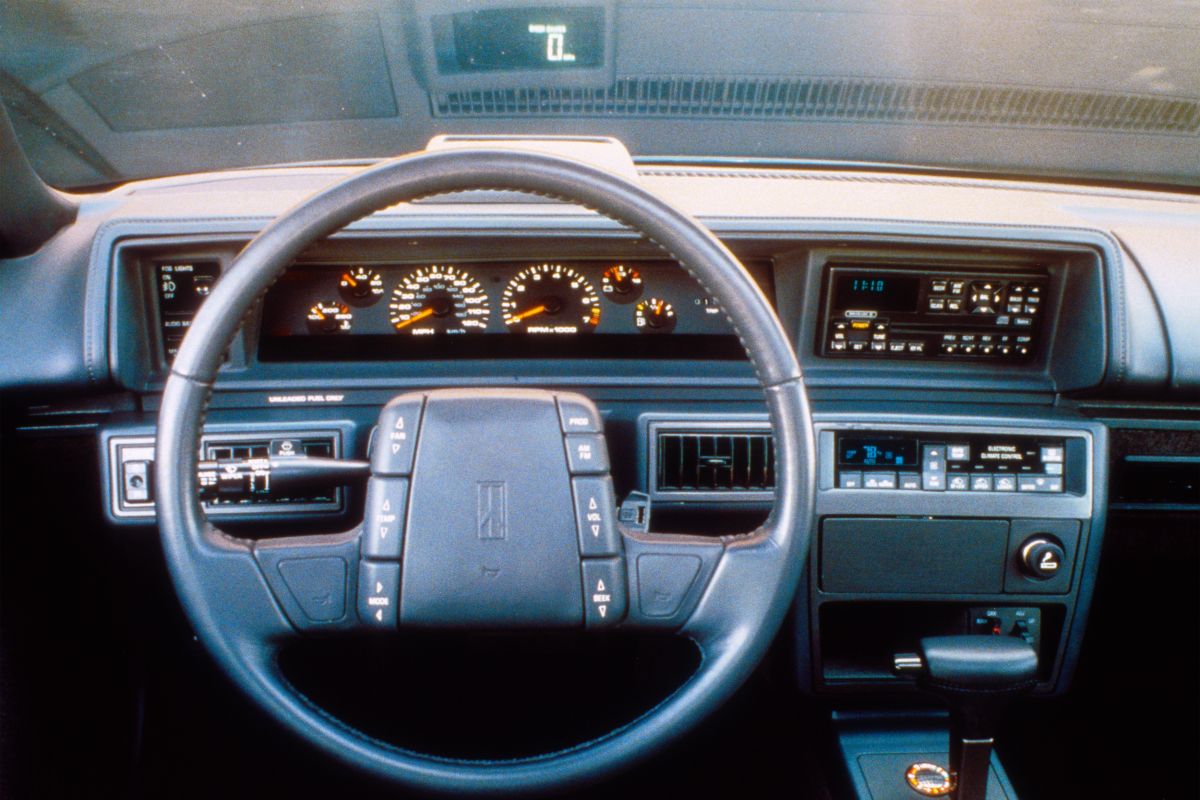 The head-up display in the 1988 Oldsmobile Cutlass Supreme. 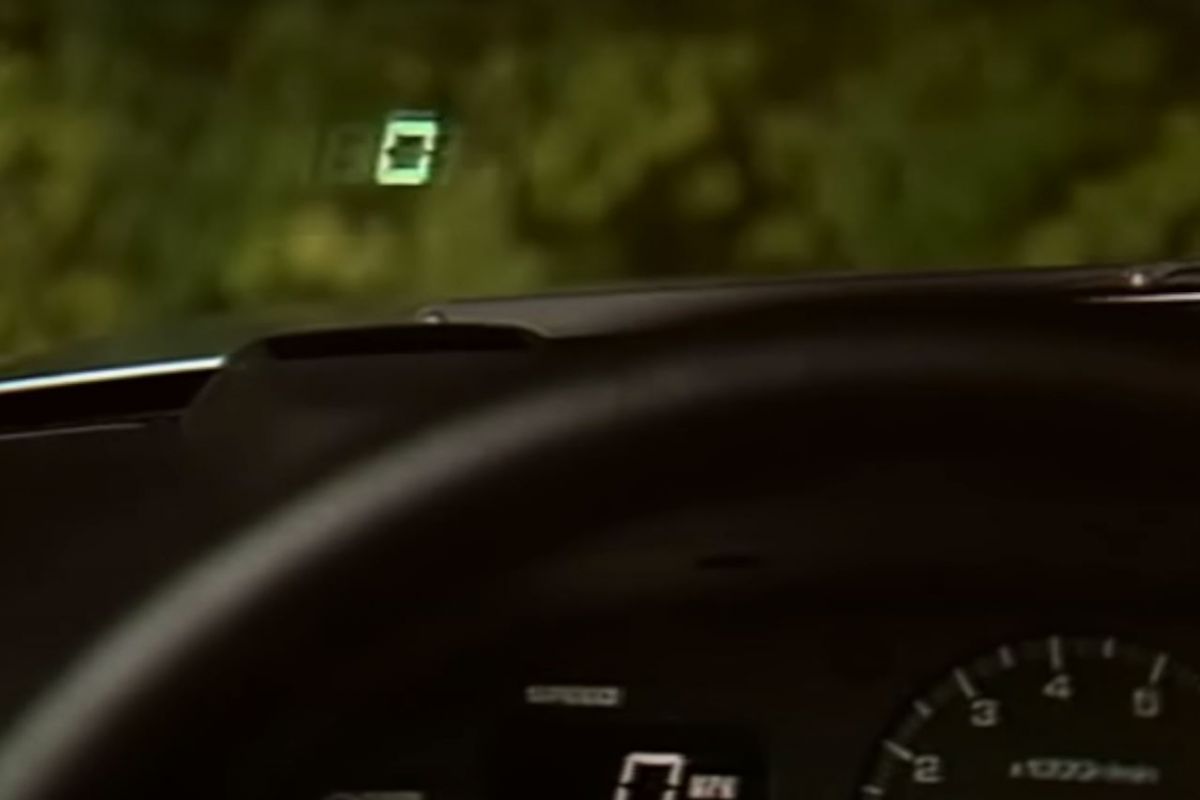 Remarkably, the first head-up displays did not have a separate glass plate on top of the dashboard on which the information can be seen. Several manufacturers, including Peugeot, Mitsubishi and Mini, later did this in this way. That system is cheaper to develop and can be universally applied in any model, while a projection in the windscreen has to be redesigned and adjusted for every type of dashboard and windscreen. Nowadays, however, we see that manufacturers are increasingly abandoning that idea and switching to projections in the windscreen, also because there are many more possibilities with it. 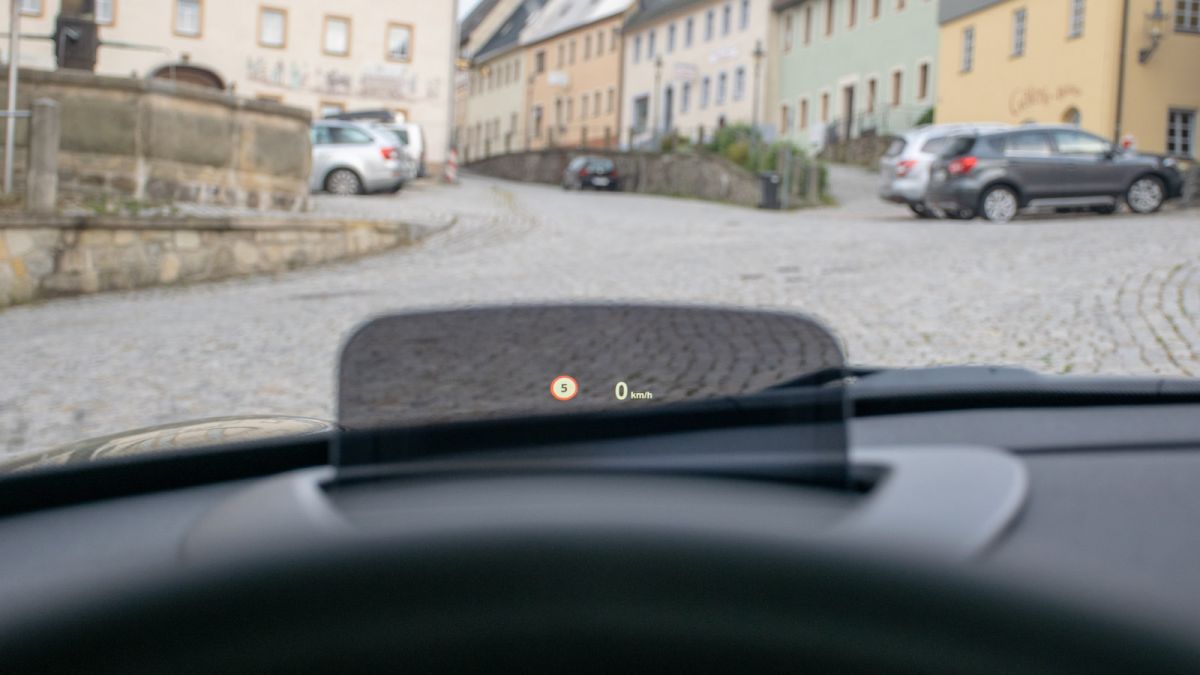 Innovations and the future

General Motors was thus the first company to market the head-up display. The first innovations in that area also came from GM. In the 1996 Chevrolet Corvette C5, the head-up display featured a rev counter and additional information such as oil pressure for the first time. From 2000, the Cadillac DeVille was available with a head-up display that also served as a night vision assistant. The screen projected the image of an infrared camera into the windshield. From 2004 Cadillac no longer offered the option. Cadillac did take a different approach, because in 2005 the STS was the first car with a head-up display in four different colors. Incidentally, the Germans also started working on it around that time. BMW was the first to offer the option on the 5 Series E60. 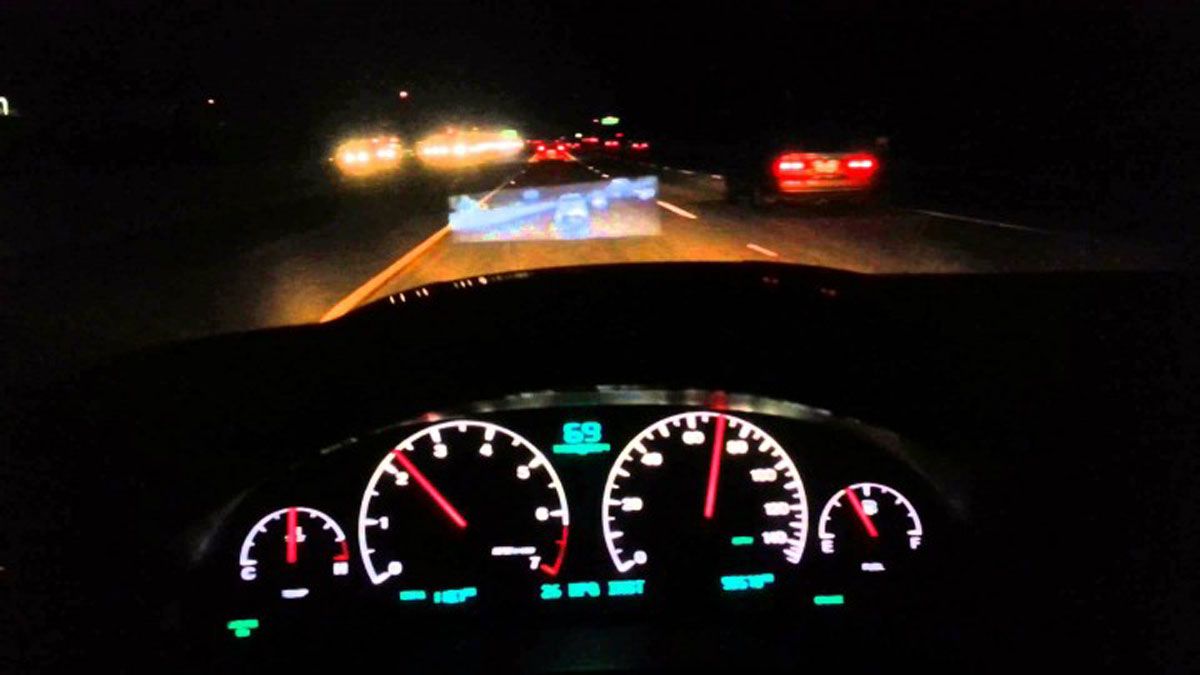 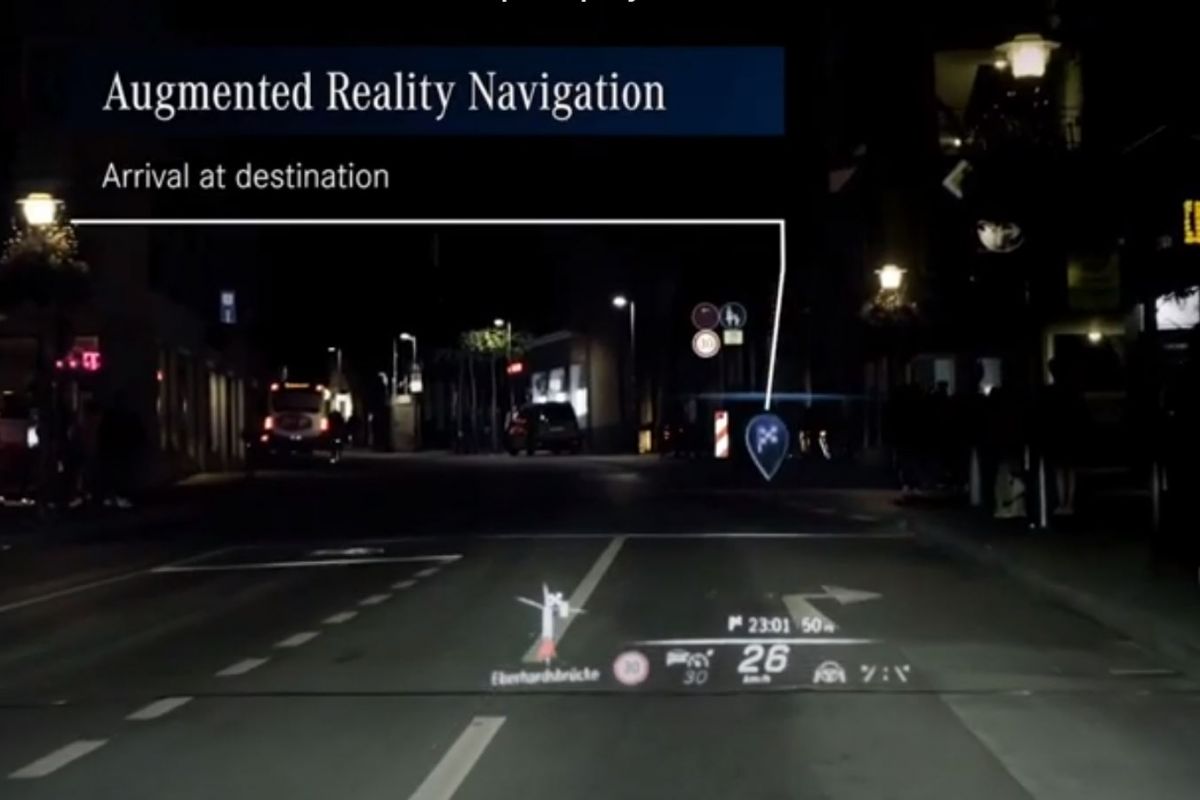 Modern head-up displays are much more extensively configurable and larger than before. Nowadays you can even conjure up a G-meter in the windscreen at Mercedes-Benz. The application of ‘augmented reality’ goes a step further, in which the information from the navigation is projected directly onto the road in front of you, for example. It looks like Mercedes-Benz has overtaken General Motors, as the new S-Class has a head-up display with that technology. A video of the brand shows arrows projecting the way in the windshield and navigation pointing to the location of the destination in the windshield. All in all, it seems that the head-up display will only play a bigger role in the future.

BMW X7 facelift on the way

The BMW X7 has only been around for two years, but the facelift version is already on the way. The car is still...
Read more

Science and Progress – The Evolution of Crafts

(Image: Pixabay.com, Free-Photos) Even early humans had to make a living with the strength of their hands and without technical aids. Hunters did not...
Read more

To what extent is service life a matter of predisposition?

Is longevity inherited? (Image: praetorianphoto / iStock) How long we live on average depends on our way of life and environment, but also on...
Read more

Like everything else this year, the seventh season of Formula E will start a little later than usual. Still, the start of the...
Read more

This petrolhead has 24 Fast & Furious cars

Because 23 Fast & Furious cars are not enough. Nor by the way, there are more to come. The impact of The Fast &...
Read more

BMW X7 facelift on the way

The BMW X7 has only been around for two years, but the facelift version is already on the way. The car is still...
Read more
Cars

Like everything else this year, the seventh season of Formula E will start a little later than usual. Still, the start of the...
Read more
Cars

This petrolhead has 24 Fast & Furious cars

Because 23 Fast & Furious cars are not enough. Nor by the way, there are more to come. The impact of The Fast &...
Read more
Cars

Volkswagen will introduce small EV under ID3 in 2023

Volkswagen is working on a smaller model under the ID3. We thought so, but sources within the brand have now also confirmed it...
Read more
Cars

Tesla suspension problems under scrutiny in US

The US National Highway Traffic Safety Administration (NHTSA) has started an investigation into the Tesla Model S and -X because of possible safety issues...
Read more
Cars

TVW RS6 has better stance than the original

The adjustments to the TVW RS6 are fairly subtle, but certainly effective. The Audi RS6 Avant is one of the hottest cars at the moment....
Read more