To what extent does natural UV light sterilize? 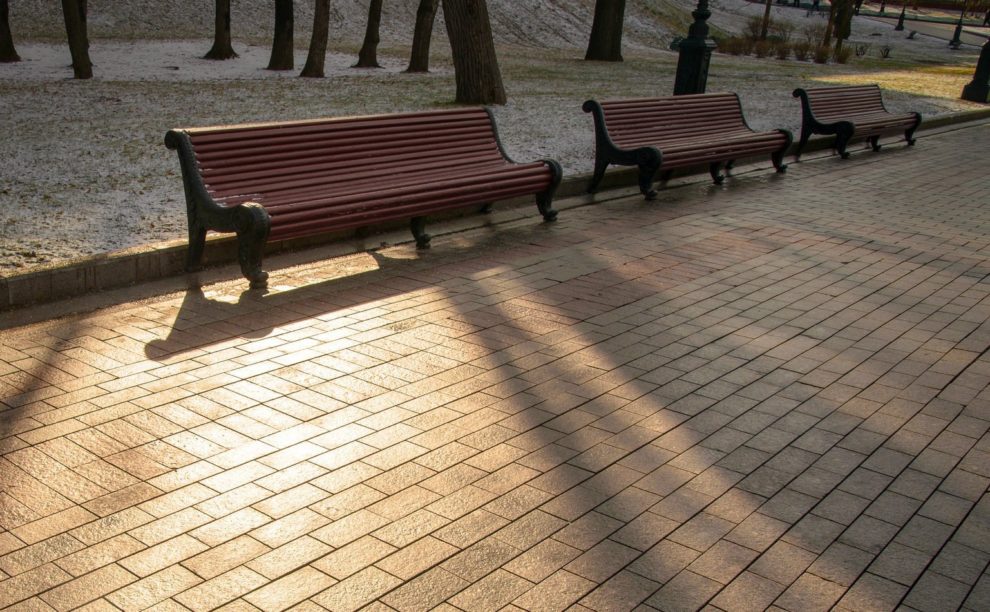 UV radiation can effectively kill viruses – in artificial light, but also in daylight there is this potential. Researchers have now sounded out how strongly the sterilization effect of natural UV light on corona viruses depends on the location and the time of year. The results confirm that natural radiation outdoors can severely limit the duration of the infection potential of Sars-CoV-2. The weak winter radiation can have little effect in our latitudes. The virus can remain infectious for up to a full day outdoors, say the researchers.

UV light is high in energy, as anyone who has ever suffered from sunburn knows: The high-frequency radiation can damage biological structures – especially the genetic material. Higher living beings have complex protective and repair mechanisms to protect themselves from UV radiation and its consequences. Bacteria and viruses, on the other hand, are largely defenseless against the effects: the radiation can shoot their genetic material to pieces and thereby turn them off. That is why artificial UV light is used to sterilize surfaces. It is also known that the natural UV radiation from sunlight can inactivate viruses in the environment. The so-called virucidal effectiveness of daylight depends on the sensitivity of the respective virus type to UV light and on the intensity of the radiation.

It seems clear that this also plays a role in the Covid-19 pandemic. Because Sars-CoV-2 is not only transmitted in closed rooms, but also outdoors. The greatest danger comes from direct infection via droplets and aerosols, which is why keeping your distance is so important. Viruses that have reached surfaces can also cause infections for some time. As part of their study, the researchers led by Alois Schmalwieser from the University of Veterinary Medicine in Vienna have now investigated the extent to which UV radiation is effective against Sars-CoV-2 under different conditions.

To do this, the scientists first recorded all available information from which the sensitivity of the corona viruses to UV radiation in natural light can be derived. These evaluations resulted in a value for the so-called fluence – the strength of the radiation that leads to the inactivation of the pathogens. The researchers then combined this value with satellite data, which provide information about the radiation conditions in different regions of the world and at different times of the year.

“Our results confirm that the natural UV radiation of the sun has a high potential for inactivating corona viruses. The actual extent, however, depends heavily on the location and the season, ”says Schmalwieser. The calculations show that, for example, in subtropical Sao Paulo (Brazil), the viruses are destroyed very quickly outdoors all year round: UV radiation can inactivate 90 percent of viruses within 30 to 100 minutes and thus all of them within one day Disrupt pathogens. As far as latitudes with strong seasonal light fluctuations are concerned, the calculations show that even in Reykjavik, Iceland, daylight can reach this potential in June and July. According to the researchers, the results show that, at least in spring, summer and autumn in our latitudes, natural UV radiation is the most important natural limiting factor for the survival of the virus in the open air, since the viruses are released in a shorter time than by other natural factors such as Air temperature and humidity are inactivated. However, UV radiation is likely to have little effect on direct virus transfer from person to person, as it can happen within minutes, the researchers point out.

Viruses have a good chance of survival in winter

In winter, however, the potential for sterilizing air and surfaces is significantly reduced, according to the researchers’ calculations: Based on the satellite data from 2019, the daily solar radiation in December is insufficient to ensure sterilization in outdoor areas in Europe . According to the researchers, this may lead to the corona virus remaining infectious for several hours or even a whole day. Only when the sun rises higher again after its winter low does the sterilizing effect of its light intensify again.

However, the researchers emphasize that a number of factors play a role in the intensity of the respective UV radiation at a location and at a specific time: In addition to the geographical latitude, factors such as cloudiness, fog and also features of the landscape influence the distribution of the UV radiation and consequently the inactivation of Sars-CoV-2. In the shade, the UV radiation is generally lower and therefore the survivability of the corona virus is significantly higher. It is also clear that glass windows block most of the solar UV-B radiation and thereby inhibit the virucidal effectiveness of sunlight.

In conclusion, Schmalwieser says: “We hope that our data will contribute to complementary studies on the role of UV radiation from the sun in reducing the infection of contaminated surfaces and can serve as an additional instrument for individual and collective protection,” said the scientist.

This Nissan Altima launches itself in the front of a house. That must have been a shock! Also interesting! Footage - Nissan throws itself between...
Read more

Imagine yourself Jesus Christ with this Fiat 500 occasion

The Fiat 500 occasion in question is not sinking! One of the reasons why Jesus Christ is said to be the Son of God according...
Read more

BMW M2 CS excels in one test, fails in another

There seems to be a dispute about whether the BMW M2 CS is the most brilliant or most disappointing driver's car of the year....
Read more

This video of bravery with a burnout reminds me of the song 'Karma Police' by Radiohead. It was present! Also interesting! Video - revealing gender...
Read more

Broken heart syndrome is also the medical name. (Image: frender / iStock) It is said that grief can break people's hearts. This is...
Read more
Health & Medicine

Kundalini Yoga: These are the special features

Photo: CC0 / Pixabay / lograstudio Kundalini Yoga is a particularly meditative yoga style that should help you to release your inner energy. In...
Read more
Health & Medicine

Aloe vera gel: This is how the juice of the miracle plant works

Photo: CC0 / Pixabay / Free-Photos Yamas are the five ethical principles on which traditional yoga teachings are based. You can help us to...
Read more
Health & Medicine

Chakra Meditation: How to Open Your Chakras

Photo: CC0 / Pixabay / rauschenberger With a chakra meditation you can open and balance the seven main chakras. In this way, according to...
Read more