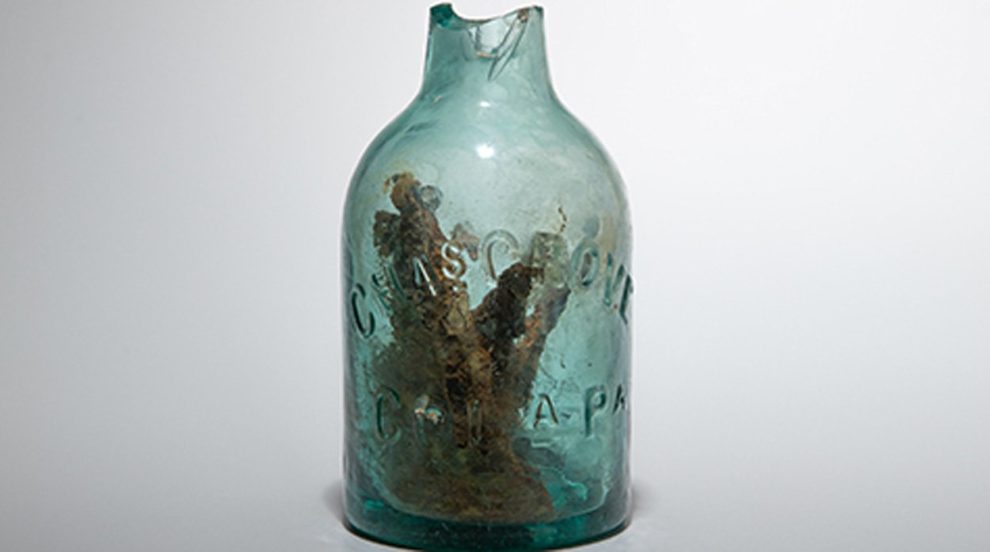 At first glance, it’s just an old glass bottle filled with dirt and rusty nails. But this find from an old fort of the US Civil War could reveal something about superstition 150 years ago. Archaeologists suspect that the glass bottle could be a so-called witch bottle – a talisman that was supposed to ward off evil spirits and other injustices from its owner.

The unusual find was discovered during excavations near the city of Williamsburg in the US state of Virginia. In 1862, one of the most famous battles of the U.S. Civil War raged around this city, the Battle of Williamsburg. After the Confederates had built a chain of 14 fortified bases there, the troops of the northern states conquered a large part of these forts in battle and from then on used them as their own defensive positions against the Confederates.

Among these competitive civil war bases was Redoubt 9, a fort whose remains have been excavated and investigated by archaeologists led by Joe Jones of the William & Mary Center for Archaeological Research (WMCAR) since 2016. In doing so, they came across a find that seemed strange: “It was a glass bottle full of old nails, partly broken,” reports Jones. “We found this to be quite unusual, but we weren’t sure what it was about.” At first, the archaeologists assumed that when the fort was being expanded, the Union soldiers simply had their old nails in the bottle. “The Union forces were tasked with repairing and holding the fortifications whenever an attack by the Confederates seemed imminent,” Jones said.

But the bottle could also have served a completely different purpose, as the researchers report. Because the custom of so-called witch bottles is known from England in the late Middle Ages, a custom that was later brought to America with the first settlers. The glass bottles filled with nails served no practical, but rather a ritual purpose: buried under or near the stove, the nails should absorb the energy of the fire and thus become an antidote to the negative energy of witches and other evil forces. To personalize this effect, the owners often filled the bottles with curls, cut fingernails, or even urine. Around 200 such witch bottles have been found in Great Britain so far, and less than a dozen in the USA.

“All the reasons for superstition”

According to archaeologists, the bottle found in Redoubt 9 could well be such a witch bottle. “There was a lot of death and fear in this period,” says Jones. “Union troops were occupying forces in hostile territory for most of the civil war. So there was plenty to ward off evil spirits and negative energy. ”It is known that this fort was held by cavalry troops from Pennsylvania in 1862, and the glass bottle also came from this region, according to investigations. “Given the threat of a Confederate attack and the general hostility of the population, an officer of these troops would have every reason to reflect on the old folk beliefs of his home to protect his temporary home,” said Jones.

However, who actually filled this bottle with his nails more than 150 years ago can no longer be determined with certainty. Because the bottle neck had broken off, it is also unclear whether it contained personal relics in addition to the nails, which have since been lost. “It’s a good example of how a single artifact can speak volumes,” says Jones. “The bottle is like a time capsule, a window into the time and experiences of the civil war troops. It shows us what the soldiers went through who held these fortifications back then. ”