With green pips to the red planet 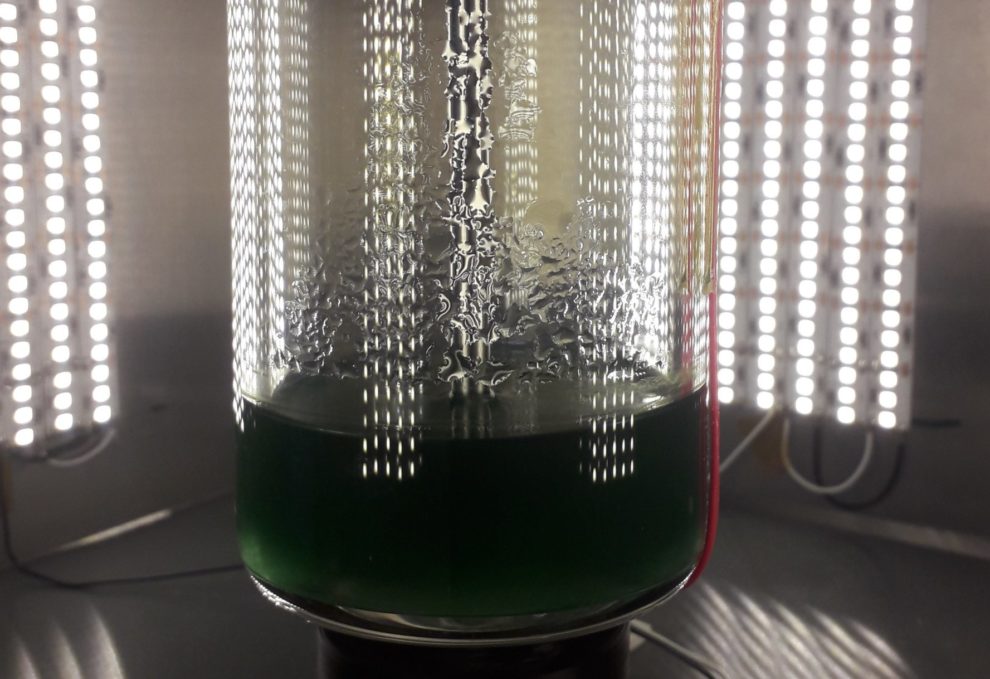 The tire tracks of Mars rovers like “Perseverance” will one day be followed by footprints – the space authorities are currently working on concepts for manned missions to our neighboring planet. For the development of the necessary life support systems, German researchers have now shown the potential of powerful microbes: The photosynthesis-performing cyanobacteria could be grown on Mars with comparatively little effort, their experiments show. The tiny creatures could sustainably produce oxygen and biomass in order to enable the “Martians” to live a largely self-sufficient life.

The next big step for mankind is to lead to our neighboring planet: As before the moon landing in 1969, concepts for a manned Mars landing are currently being worked on. After traveling to Mars, which lasted about nine months, longer stays are planned. The following principle applies to the challenges involved: Save! Because of the enormous transport costs, as little material as possible should be taken from the earth in order to provide the astronauts with food and supplies. Production options for raw materials on Mars as well as maximum efficiency and sustainability in the use of resources would therefore be ideal.

One solution to this are biological systems – so-called bioregenerative life support systems, in which living beings are used to generate oxygen, process waste and produce biomass. In this context, the researchers led by Cyprien Verseux from the Center for Applied Space Technology and Microgravity (ZARM) at the University of Bremen are exploring the potential of cyanobacteria. These microbes are especially notorious as so-called blue-green algae, which cover lakes with green slime in summer. However, it is actually not about algae or plants, but about bacteria that are capable of photosynthesis.

The cyanobacteria are among the oldest living beings on earth – their recipe for success was and is extreme adaptability and astonishing frugality. As a source of carbon, they absorb atmospheric CO2 and they are also capable of fixing atmospheric nitrogen. In addition, they only need small amounts of other nutrients in order to thrive in aqueous solutions. In doing so, they form biomass and release the breathing gas oxygen.

To what extent they could succeed on Mars with comparatively little effort, Verseux and his colleagues are investigating in an atmosphere-controlled negative pressure photobioreactor called “Atmos” (Atmosphere Tester for Mars-bound Organic Systems). In it, the scientists exposed cyanobacteria from the genus Anabaena to various gas concentrations and pressure conditions and supplied them with minerals such as those found in the Martian rock (regolith).

The thin Martian atmosphere basically offers the same gases as the terrestrial air, but in different concentrations and above all the air pressure is much lower than on earth. On the surface it is on average only 6.36 hectopascals – compared to an average of 1013 hectopascals on earth. In their experiments, the researchers have now gradually changed the proportions of the gases and the ambient pressure and examined the corresponding development of the cyanobacteria. The aim was to get as close as possible to the Martian conditions while still maintaining strong growth of the cyanobacteria.

As the researchers report, they came to promising results: it was found that the cyanobacteria still reproduced well when they were exposed to an atmosphere that consisted of four percent carbon dioxide and nitrogen, and atmospheric pressure was sufficient from just 100 hectopascals. These results are very promising, because comparatively little effort would be required for the technical and logistical implementation of a bioregenerative life support system on the Martian surface, the researchers explain. On the one hand, because the pressure difference between the inside and outside of the photobioreactor would only have to be small and therefore less high demands are placed on the statics of the construction. On the other hand, it would be easy to generate the required gas mixture from the local atmosphere.

The researchers’ results show that other nutrients that are necessary for the growth of bacteria can also be easily obtained on site from the Martian rock: simulated Martian soil allowed the green pods to thrive without additional nutrients. Investigations of the resulting biomass have also shown that it could be suitable as a substrate for various other applications in order to generate valuable resources on Mars. The current results put the cyanobacteria at the center of the development of life support systems for manned Mars missions, summarize the scientists. Verseux and his team will now further optimize the “extraterrestrial” growth conditions for the cyanobacteria in order to make the best possible use of the potential of these fascinating creatures for space travel.

The Volvo model policy of the eighties and nineties is hardly fathomable for the uninitiated. The downside of that medal is that the...
Read more

New on Netflix: best films and series of March

https://www.youtube.com/watch?v=pF_5wrwRuUw What stresses are tunnel shells exposed to? German researchers are investigating this as part of the extension of underground line 5 in Frankfurt...
Read more
Computer & Phone

Clubhouse: what is it and how does it work?

Clubhouse is the latest trend in app land. And perhaps because as a user you do...
Read more
Computer & Phone

In June we can expect Apple's Worldwide Developers Conference again, the annual conference for software developers that...
Read more