Alpine’s future is electric. This is evident from the future plans of the brand, which are already quite concrete. We can expect three new Alpines in the coming years.

Alpine’s rebirth came in 2017 with the unveiling of the retro A110. The sports car brand of Groupe Renault had relatively little news to report in the years that followed, but that will change significantly in the coming years. There are three new models coming. The biggest news is perhaps the powertrain: Alpine will receive a purely electric offer. The newcomers are already carefully seen in a teaser photo and although that already makes a lot clear, Alpine is happy to explain itself.

On the left we see a compact model with the unmistakable dual viewers of the brand in its nose. According to Alpine, that will be a ‘hot hatchback’. It will be placed on a new platform from Groupe Renault intended for compact models, which is also suitable for electric powertrains; CMF-B EV. A fully electric sports hatchback in the Clio segment. Whether it will also be an actual replacement for the Clio RS or whether Renault will get an ‘Alpine version’ of the Clio in addition to Alpine, remains to be seen.

In the middle we clearly see an SUV / crossover. Quite correct, Alpine says. That will be a ‘Sports Cross Over’, as they call it, for the C-segment. It sits on the alliance’s new modular EV base: CMF-EV. The production version of the Renault Mégane eVision and the Nissan Ariya will appear on that platform. We already know from that basis that a configuration is possible in which two electric motors provide four-wheel drive and together can mobilize up to around 400 hp. In the case of the Ariya, you can reach a speed of 100 km / h in about 5 seconds and thanks to the 87 kWh battery pack you can get it up to 400 km (WLTP).

Finally, on the right we see a car that at first glance looks quite like the current A110. That is certainly the intention, because this will be the successor to the A110. Alpine is a bit more mysterious about this, but here again it applies that no fuel engine is used anymore.

Nevertheless, a little more is known about the new A110. Alpine says that it is developing that car together with Lotus. Remarkably, Lotus and Alpine parent company Renault are thus reviving their former ties. This is a technical collaboration between Lotus and Alpine that will not only result in the new A110. A memorandum of understanding has been signed between the two companies with the aim of jointly exploring what else technical knowledge and business opportunities can be shared. For the time being, the Alpine ‘A110’ is the only concrete goal, but don’t be surprised if Lotus itself comes with an equivalent of the electric French sports car. The two parties also want to look together at opportunities in the field of motorsport, with Lotus happy to take a look behind the scenes at Alpine when it comes to Formula 1 and Formula E. 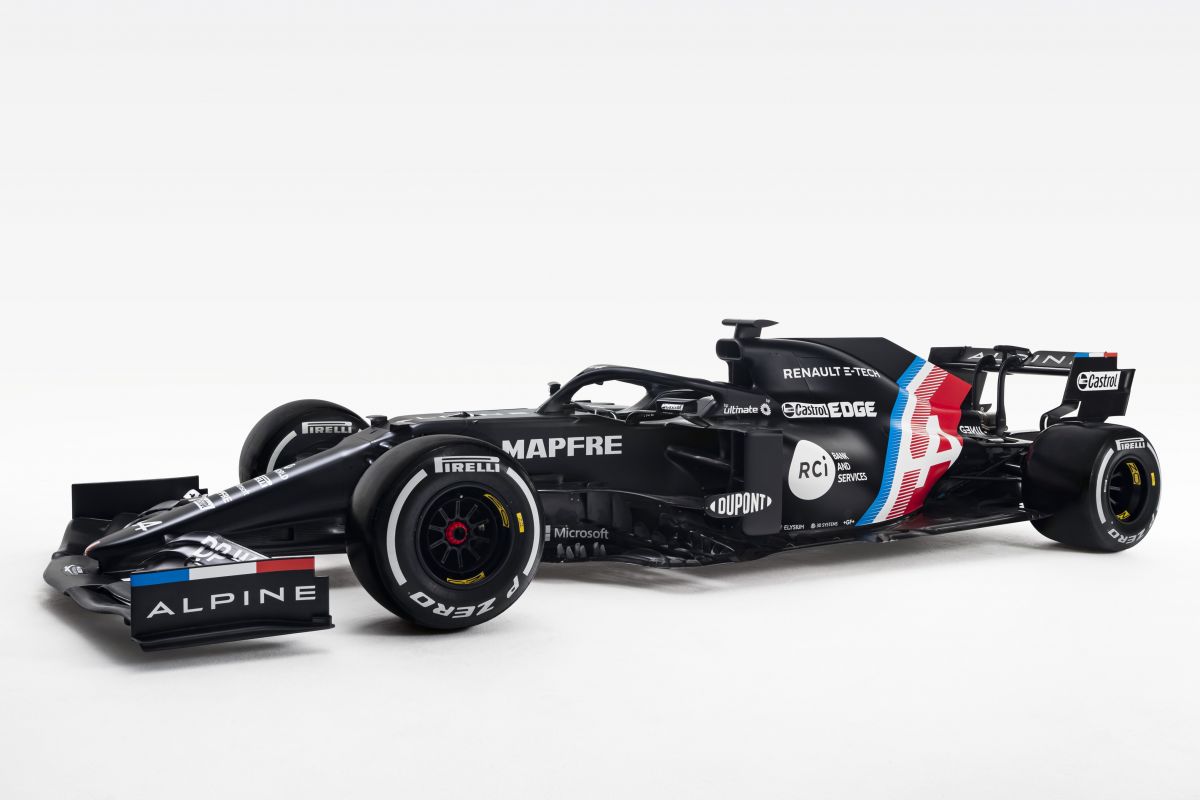 Alpine is already showing the color scheme for 2021.

So there are interesting concrete products on the way from Alpine, but the brand will also play a more prominent role within Groupe Renault. Renault Sport Cars and Renault Sport Racing are included in Alpine. What that already means in concrete terms is that Renault’s Formula 1 team will continue as Alpine this year. It will undoubtedly also have consequences for Renault’s sporty cars. We talked about the Alpine counterpart of the Renault Clio RS before, but the ‘RS’ designation will probably disappear altogether. It seems logical that from now on there will be talk of Alpine instead of RS and that Alpine versions of Renaults will be arriving.

The British car manufacturer has been given the green light for a new loan. With that money TVR can finally make cars. In almost...
Read more

Bikram Yoga: What is Hot Yoga?

Photo: CC0 / Pixabay / StockSnap Bikram Yoga is a special style of yoga that has been very popular for several years. Here you...
Read more

Bloodhound is for sale again, fastest car * could be yours

Looking for a fast car? Then we have good news, the Bloodhound LSR is for sale again. A new year means only one thing,...
Read more

Unfortunately, it is also an 'In Memoriam' for the twelve-movie four-seater Ferrari Gran Turismo. Soon it will be. Then the Ferrari Purosangue is...
Read more

Ford designer Moray Callum is retiring after 38 years of car design. Stop at your peak? There will be plenty of people who think...
Read more

The British car manufacturer has been given the green light for a new loan. With that money TVR can finally make cars. In almost...
Read more
Cars

Bloodhound is for sale again, fastest car * could be yours

Looking for a fast car? Then we have good news, the Bloodhound LSR is for sale again. A new year means only one thing,...
Read more
Cars

Unfortunately, it is also an 'In Memoriam' for the twelve-movie four-seater Ferrari Gran Turismo. Soon it will be. Then the Ferrari Purosangue is...
Read more
Cars

Ford designer Moray Callum is retiring after 38 years of car design. Stop at your peak? There will be plenty of people who think...
Read more
Cars

Sony crushes hope: we are NOT going to sell Vision-S

Sony builds a car and even drives it on public roads, but still doesn't want to sell the Vision-S. In the transition to electric cars,...
Read more
Cars

Rental cars are increasingly electric, this is the most popular

While the Dutch are increasingly buying or leasing an electric car, new rental cars are slightly less often electric. The electric car has been on...
Read more