Back to Basics: Opel Mokka 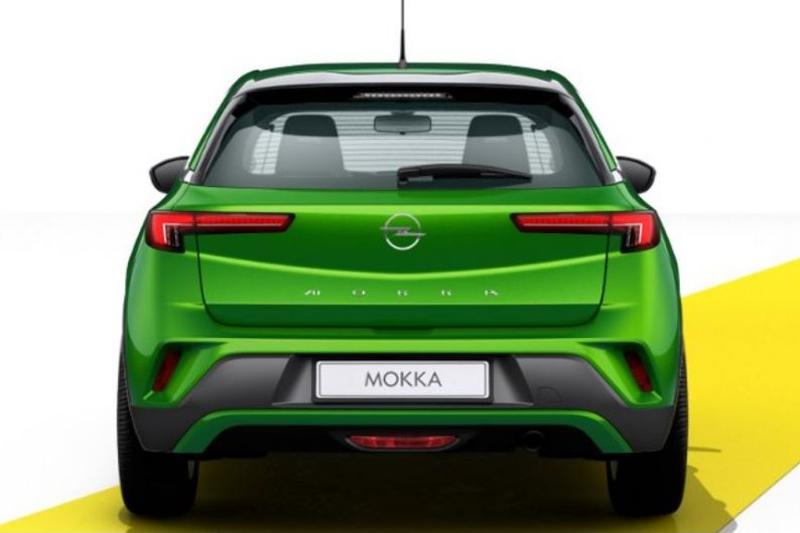 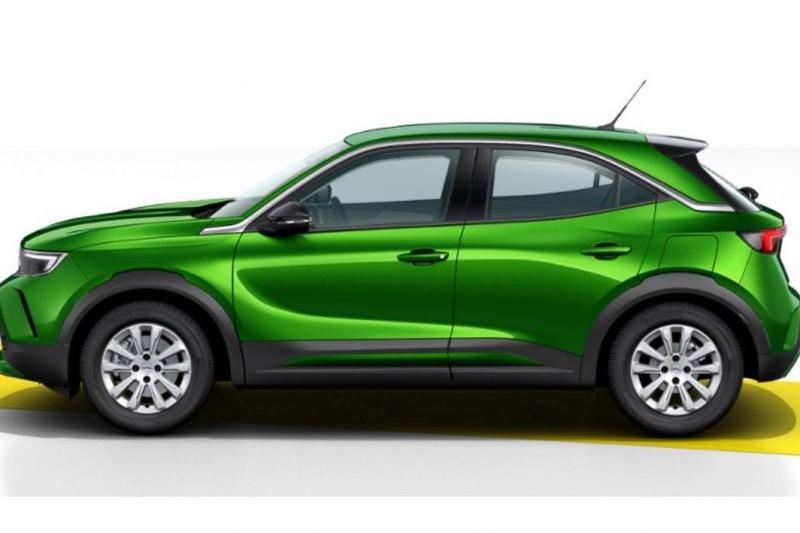 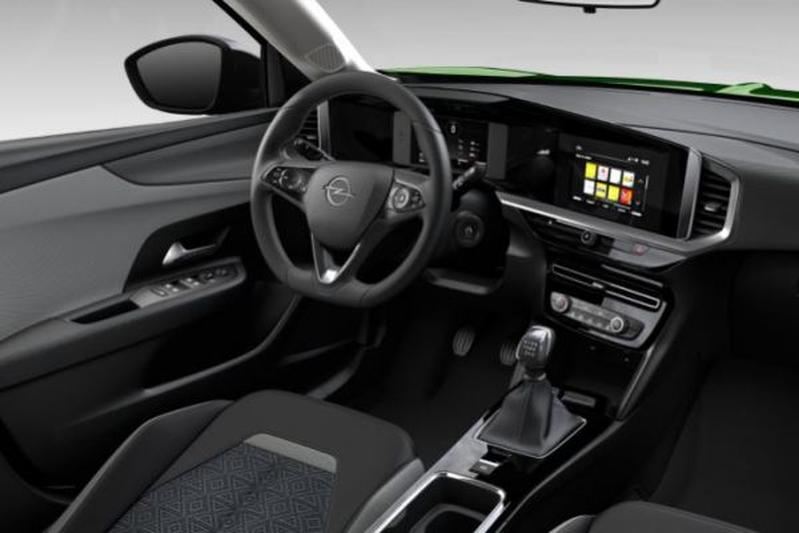 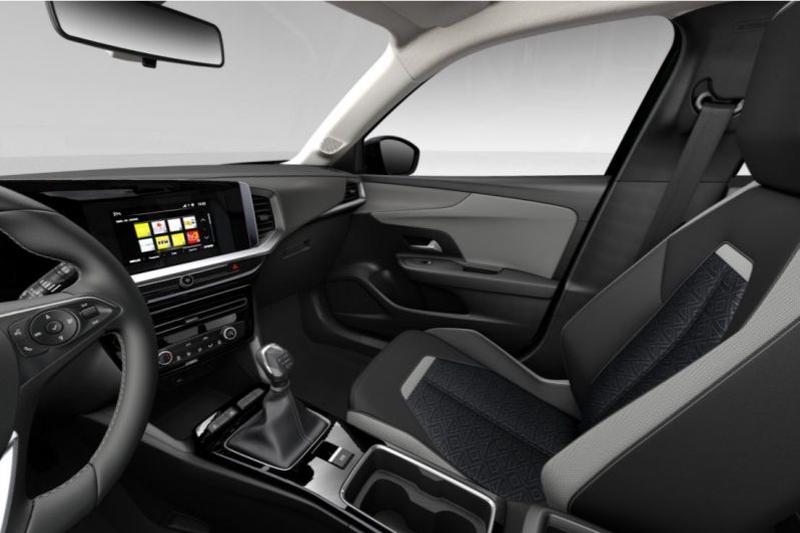 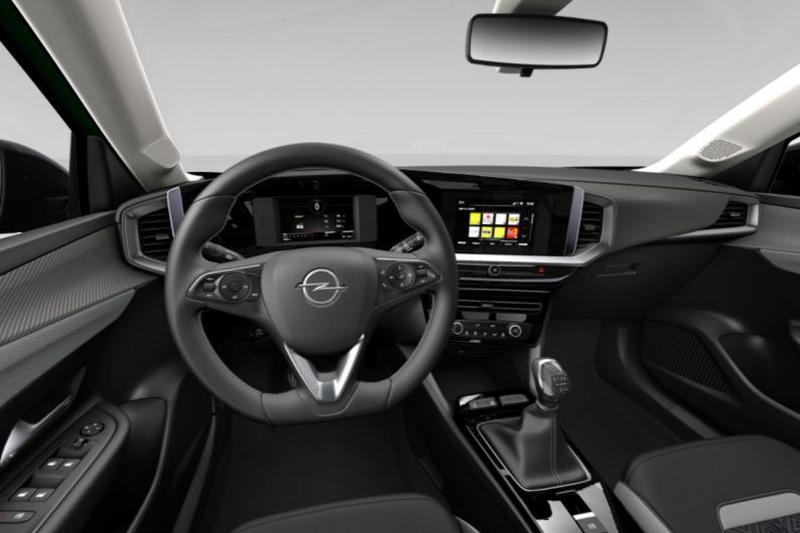 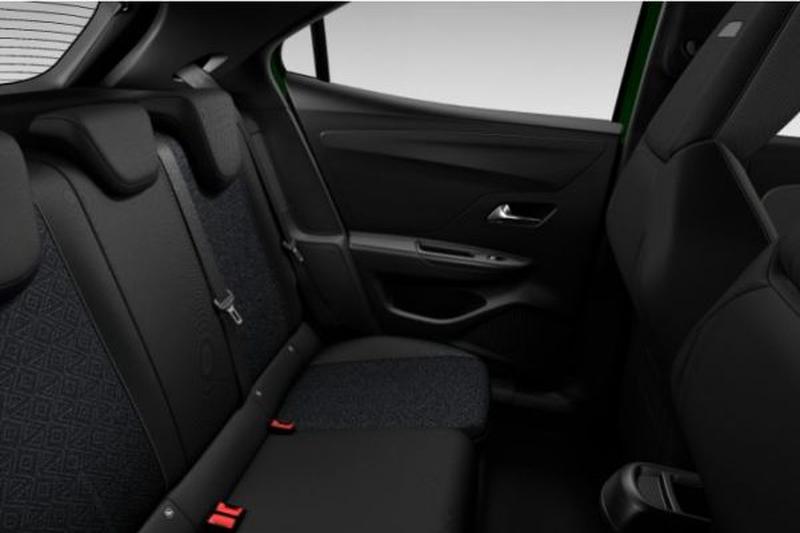 Usually the cars that come by in ‘Back to Basics’ are painted in a basic color: white or black, sometimes with a blue one in between. The new Opel Mokka is an exception in the bright ‘Matcha Green’. Is its standard equipment as eye-catching as its color?

In terms of design, the youngest Opel Mokka represents a significant departure from the previous model, the Mokka X. The new design language is clearly reminiscent of the GT X Experimental from 2018 and the compact crossover is significantly tougher on its wheels than before. used to be. This is mainly because the Mokka has shrunk more than 12 centimeters in length, but still has almost the same wheelbase as its predecessor. As with the Corsa, the Mokka is on the CMP platform, which comes from the PSA tube. That means that the powertrains are also not unknown. Two variants of the blown 1.2 three-cylinder are available on petrol: 100 hp with a manual six-speed gearbox or, at an additional cost of € 4,000, 130 hp with an eight-speed automatic. The diesel engine can only choose from a 110 hp 1.5 four-cylinder turbo engine, this self-igniter costs € 2,000 extra. Finally, a fully electric Mokka-e with 136 hp is also available. With a starting price of € 34,399, this is immediately the most expensive variant.

The Mokka has five trim levels: the Edition is standard, followed by the Elegance (€ 1,900), GS Line (€ 3,500) and Ultimate (€ 6,200). The GS Line is mainly based on sportiness, while on the Ultimate there are actually no options to tick. For the business driver, Opel has the Business Elegance. This version has an additional cost of € 600, which is significantly lower than the € 1,900 for the Elegance. Yet you get more in return, namely everything that is on board the Elegance, plus a large screen for the on-board computer and navigation. So that seems like a good offer. With some models, the options for the Business Elegance are limited, but this is not the case on the Mokka.

What’s on a standard Mokka? To begin with, the 1.2 with 100 hp and manual gearbox. The exterior is fitted with LED lighting at the front and rear as standard. Furthermore, 16-inch alloy wheels are screwed underneath. The most striking, however, is the color ‘Matcha Green’, which was briefly mentioned in the introduction. For the other metallic paint colors you have to pay an additional € 599. Even the unilak ‘White Jade’ costs € 199 extra. Opel apparently wants to encourage green driving. If desired, the roof color can be painted in contrasting black for € 499. The underside of the bumpers are standard in black plastic, with inserts in the color of the paint. On the more expensive trim levels, these are finished in silver or high-gloss black. Then the Mokka is also on at least 17-inch light alloy and there are fog lights in the front bumper. 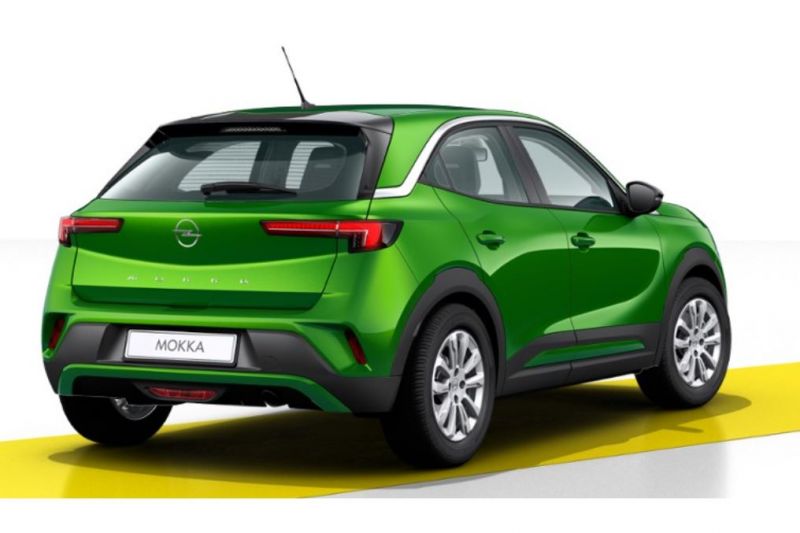 Furthermore, the exterior of the Mokka comes standard with a roof spoiler, heat-resistant windscreen and electrically adjustable and heated exterior mirrors. The chrome trim that runs along the top of the side windows is also always present, only on the GS Line it is available in black or red. Tinted windows are not available on the Edition, the GS Line and Ultimate are fitted with dark glass as standard.

In the entry-level version of the Mokka, the ‘Pure Panel’ on the dashboard appears somewhat more sober. After all, because the screens are smaller, a lot of space has to be filled. However, analog counters can no longer be found; a 7-inch display is mounted in front of the driver’s nose for essential information, and a 7-inch touchscreen is further towards the center for operating the radio. That radio has DAB +, Bluetooth connectivity and four speakers as standard. Navigation with support for Apple CarPlay and Opel Connect can be ordered for € 799, but the larger screens are reserved for the more expensive versions and therefore not available on the Edition. With regard to the upholstery and the moldings, Opel also keeps the choice clear. The seats have black patterned fabric and the center console is wrapped in shiny black plastic. The three-spoke leather steering wheel is always in the Mokka, regardless of the version. The Edition’s rear seat folds down as standard for extra interior space. 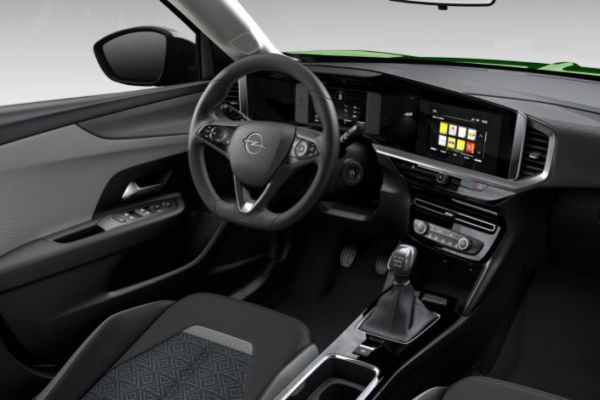 With regard to the safety features, you will not be short of anything in the standard Mokka. The Edition includes features such as road sign recognition, Active Lane Keep Assist, City Emergency Braking and Forward Collision Alert. In addition, the car warns you if you drive too close to a vehicle in front. However, the Mokka does not automatically brake. Cruise control is standard, but for an adaptive system you also have to look for a more expensive version. You must also park at your own discretion, because rear parking sensors and a reversing camera have an additional cost of € 499 on the Edition. Do you also want front parking sensors? Then you should at least go for the Elegance, because these are not available on the Edition. In any case, the number of options available on the Edition remains quite limited. From the Elegance you have significantly more options.

The basic version of the Mokka-e differs from the regular Edition in a number of ways. To begin with, the Mokka-e is equipped with climate control as standard, while the other engine variants have a manually operated air conditioning. Furthermore, the Mokka-e is standard equipped with an automatically dimming rear view mirror and a light and rain sensor. You can also set the driving mode to ‘Eco’ or ‘Sport’. With the non-electric Mokka you only get a sport mode on the GS Line. Finally, the Mokka-e has Keyless Start and Opel Connect as standard, with which you can request data about the car remotely via your smartphone.

The 'patina' on this 1953 motorcycle is reminiscent of anything but an electric drivetrain. The Belgian Danny had to sit at home after a tick...
Read more

Call sign is MINI GP, but the full name of this trio in the driving test is: MINI John Cooper Works GP. The...
Read more

Fans who fear that F1 is doomed to disappear can take a breath again. Mercedes does not want to leave the sport yet. Hopefully...
Read more

The 'patina' on this 1953 motorcycle is reminiscent of anything but an electric drivetrain. The Belgian Danny had to sit at home after a tick...
Read more
Cars

Call sign is MINI GP, but the full name of this trio in the driving test is: MINI John Cooper Works GP. The...
Read more
Cars

Fans who fear that F1 is doomed to disappear can take a breath again. Mercedes does not want to leave the sport yet. Hopefully...
Read more
Cars

BIEM! 1 !! Comments reactive says October 24, 2020 at 5:13 PM What that crazy guy gets up on that bike does suggest a previous collision...
Read more
Cars

Who does not let themselves be beaten by the Fado in qualifying for the Grand Prix of Portugal? The winding and hilly circuit of Portimão,...
Read more