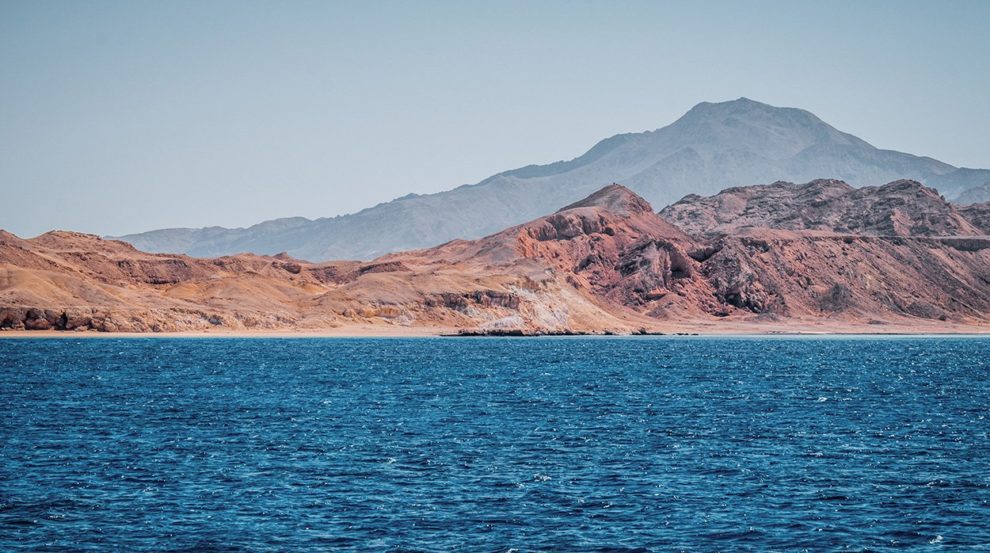 Much of the world’s natural gas and oil is extracted in the Middle East – no wonder that a particularly large number of hydrocarbons are released into the atmosphere there. But now researchers have discovered another, previously unknown source of ethane and propane, which is obviously of natural origin. During a measurement expedition, they registered gas emissions in the northern Red Sea that correspond to the total anthropogenic emissions of oil-producing countries such as Iraq, Kuwait or the United Arab Emirates. The scientists suspect that the source of these gases is hidden at the bottom of the Red Sea.

In addition to methane, the gases that regularly enter the earth’s atmosphere in large quantities include longer-chain hydrocarbons such as ethane and propane. Typically, the majority of these gaseous hydrocarbons come from anthropogenic sources such as oil and gas production or industrial plants. A global hotspot of such emissions is therefore the oil-producing countries of the Middle East. But there are also natural sources for these gases, including volcanoes, geothermal vents and also submarine gas leaks. In order to be able to better classify the measurement data of the worldwide emission mapping, it is therefore important to know the location and gas emissions of these natural sources, as Efstratios Bourtsoukidis from the Max Planck Institute for Chemistry in Mainz and his colleagues explain.

However, the Middle East in particular has so far been largely a “blank spot” on the map of ethane and propane emissions, as the researchers report. That is why they carried out a measurement expedition in summer 2017, in which they sailed from the Mediterranean through the Suez Canal to the Red Sea and back to the northern Indian Ocean. During this trip, air measuring devices recorded the concentrations of various hydrocarbons in the ambient air. Surprising results emerged: While the values ​​in most areas corresponded roughly to expectations and models, this was not the case in the northern part of the Red Sea. “The proportions of ethane and propane there were 20 to 40 times higher than the model predictions,” report Bourtsoukidis and his colleagues. “The extent of these gas emissions is comparable to the emissions of several oil producing countries in the Middle East, such as the United Arab Emirates, Kuwait and Oman.”

Closer analyzes revealed that these gas emissions do not appear to be of anthropogenic origin, but must come from natural sources. But from which? “Because there was no previous data from this region, we had to run several model simulations to find the source,” says Bourtsoukidis. “In the end, we came to an unexpected conclusion: the high concentration of ethane and propane in this area must come from the bottom of the Red Sea.” It has long been known that the bottom of this narrow inlet created by diverging plates of earth is riddled with cracks and sinks is. The deep waters of the Red Sea are also considered to be the salty and warmest on earth, as the researchers explain. There are even undersea salt ponds at the bottom of the up to 2000 meter deep inlet.

Based on this geological-tectonic knowledge, the researchers suspect that the ethane and propane released by the Red Sea come from previously unknown sources on the seabed. “Because this region is known for its large oil and gas reserves, the hydrocarbons could rise from leaks in the reservoirs Explain Bourtsoukidis and his team. But the salty sinks at the bottom of the Red Sea could also release the gases, because some of them are known for their high levels of organic material and hydrocarbons. “Even if we do not know the relative importance of the various submarine hydrocarbon sources, we assume that together they represent the unknown source identified in our measurements,” said the researchers. Via rising water currents along the coast of Egypt, the gases released at the bottom of the sea reach the water surface relatively quickly and thus into the atmosphere.

The new findings are also important for the environment and health. This is because ethane and propane react with nitrogen oxides in the atmosphere and form both ground-level ozone and peroxyacetyl nitrate – a trace gas that is toxic to humans and plants. Heavy shipping traffic in the Red Sea in particular emits large amounts of nitrogen oxides, which can then react with the locally increased hydrocarbon gases. “The result is a significant deterioration in regional air quality,” said Bourtsoukidis and his colleagues. This problem could be exacerbated in the future if shipping traffic through the Red Sea and the Suez Canal increases.