By Charlie Elliott
May 4, 2022
ScienceEarth & Climate 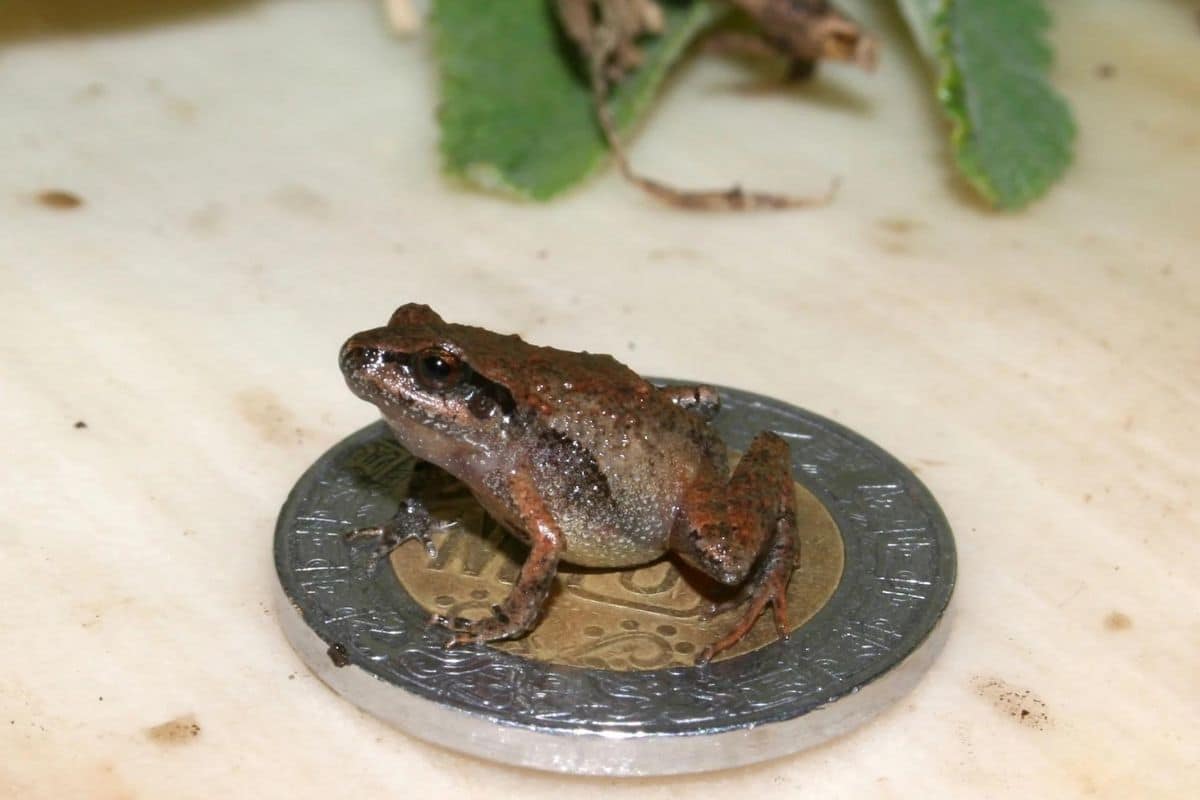 The smallest is only 13 mm in size! And none of them start life as a tadpole…

At the moment we know of the existence of about 3500 frog species. But we can now add a number of new species to that list. In a new study researchers have come across six very small frogs that are completely new to science.

In the study, the researchers looked at 500 frogs native to Mexico’s dense forests and displayed in several museums around the world. Next, the team used DNA sequencing to compare their genes. 3D models were also produced to study the physical properties. “Frogs are a fascinating group of animals,” said researcher Tom Jameson. “I spent many, many hours with magnifying glasses clamped to my glasses trying to understand the differences between them.” What makes the discovery particularly interesting is the small size of the newly discovered frogs. For example, all species only grow to 15 mm in size. One of the new species, namely Craugastor candelariensis, doesn’t even get bigger than 13 mm. And with that, this frog deserves the prestigious award of smallest frog in Mexico.

Not the smallest
While the newly discovered frogs, measuring just 15mm in size, are certainly among the world’s smallest frogs, they’re not the tiniest. That honor belongs to Paedophryne amanuensis; a frog from Papua New Guinea that does not even reach 8 mm.

It is not surprising that these frogs have remained undetected until now. “They are small, brown and very similar to other frogs,” Jameson explains. There is still a lot to learn about them. “Their lifestyle is extremely fascinating,” Jameson continues. “These frogs live in the dark, damp leaf litter in the Mexican forests; a secret world. We don’t really know what’s going on there yet. For example, we don’t understand their behavior yet, nor how they socialize or how they reproduce.”

One thing we do know about these frogs is that they are “directly evolved” frogs, meaning they skip the tadpole stage. In other words, these frogs are not born as tadpoles like most of their species, but remarkably enough crawl out of the eggs as perfect miniature frogs.

The researchers suspect that the newly discovered frogs play a very important role in the ecosystem. They are so small that they are at the bottom of the food chain. “With millions of such frogs living in the leaf litter, they are likely an important food source for lizards and birds of prey, among others,” Jameson thinks. Because of their important ecological role, according to the researcher it is very important that we protect them. “We have to make sure they don’t just get wiped off the map,” he says.

Although both climate change and the deadly fungal disease chytridiomycosis (which affects amphibians around the world) somewhat threaten the survival of the miniature frogs, the researchers are hopeful that they will survive. For example, the new species occur in various protected areas in Mexico.

In addition, there may be many more similar frogs waiting to be discovered. “Because the little frogs live in small areas, we can be pretty sure there are a whole host of other undiscovered species out there,” Jameson said. “We just have to go and search.”

We've known for some time that a commonly used substance in sunscreens affects corals. But now we also understand why, paving the...
Read more
Earth & Climate

And that means we may have overestimated the amount of carbon that trees will pluck from the air in the future. What does the...
Read more
Earth & Climate

Photo worth seeing: Sea creatures as a makeover?

© PrilfishHere, a colony of sea squirts grows on the sea floor - this sea creature is not only a delicacy in Asia, but...
Read more
Earth & Climate

A clever, but also quite unusual tactic. When a spider feels threatened, it will run nine times out of ten. But the big,...
Read more
Earth & Climate

In the hours after the Tonga volcano erupted, unprecedentedly powerful winds and unusual electrical currents sprang up at the edge of space. To say...
Read more