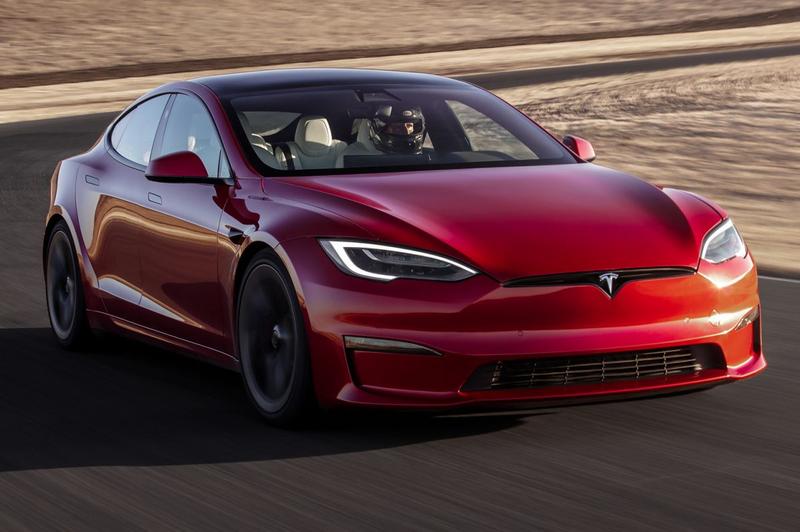 Tesla CEO Elon Musk rubs his hands. The Tesla Model S Plaid is the fastest electric production car on the Nürburgring-Nordschleife. The heaviest version of the Model S knocks the Porsche Taycan off the throne.

In 2019, Porsche’s test driver Lars Kern behind the wheel of a Porsche Taycan Turbo completed a lap of the Nürburgring-Nordschleife just under 21 kilometers in 7 minutes and 42 seconds. Tesla CEO Elon Musk reports on Twitter that an unmodified Model S Plaid has officially completed a lap on the famous German circuit in 7 minutes and 35.58 seconds. This makes the Model S Plaid the fastest electric production car ever on the circuit and is much faster than its rival from Stuttgart.

Musk also indicates that it will soon come with special ‘track software’ for the Model S Plaid and that it will also release a Model S Plaid equipped with aerodynamic extras, carbon ceramic brakes and racing tires on the Nürburgring. However, the brand itself will not take such a sportier version into production.

How relevant are such competitions? That is of course the question. With sporty top versions such as the Model S Plaid and Taycan Turbo (S), a lap time on the ‘Ring’ says something about the capabilities of the car, although there are many other variables that you can depend on your car choice.