The effect of omega-3 fatty acids on the brain 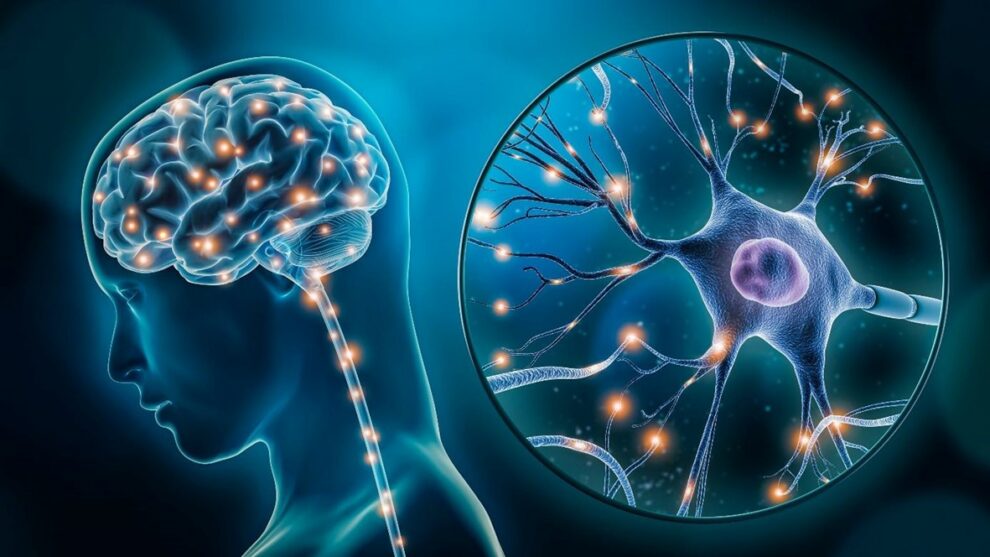 Studies show that as essential nutrients, omega-3 fatty acids can help improve cognitive function, reduce inflammation, and protect the brain from age-related damage. How can the valuable omega-3 be absorbed? How much of it is needed? These and other brain health questions are answered here.

Our brain: a marvel of billions of neurons

The human brain is made up of billions of neurons connected by trillions of synapses. Neurons transmit information throughout the nervous system. The synapses, which fill the tiny gaps between the neurons and transmit electrical signals, are indispensable for this. The highly complex network of billions of cells ensures that we can perceive the world and participate in life.

In order for the cells to be able to do all this, they depend on intact brain membrane cells. The nutrient omega-3 supports them and ensures the ability to communicate between the cells. Important here: Omega-3 is an essential but polyunsaturated fatty acid.

As described, omega-3 fatty acids are a type of unsaturated fat that is essential for human health. Unlike many other substances, however, the body cannot produce omega-3 fatty acids itself, so they have to be ingested through food or dietary supplements.

The valuable fats are contained, for example, in cold-water fish such as salmon, herring, mackerel and sardines as well as in linseed, chia seeds and walnuts. Numerous types of vegetables such as spinach, beans, avocado or Brussels sprouts also contain the important omega-3 fatty acids.

What is the daily requirement for omega-3 fatty acids in a person?

The exact daily requirement depends on age or previous illnesses and physical stress. According to experts, healthy adults should consume 200mg to 5g of omega-3 fatty acids daily. Small children have a lower omega-3 requirement. Your maximum intake should not exceed 0.1 grams per day. Children and adolescents should consume around 0.25g per day and breastfeeding/pregnant women around 0.45g.

Does it always have to be animal omega-3?

Fish in particular are rich in omega-3 fatty acids, but there is another way. More and more manufacturers are offering as an alternative vegan omega 3 to disposal. One of these companies, for example, is the producer Testa. Under the hashtag #Fishfree, the company is also committed to protecting sea creatures. Thanks to more than ten years of experience on the market, no fish have to lose their lives to obtain omega-3. Instead, there are herbal alternatives without the typical fishy smell in practical capsule form.

More and more people want a good omega-3 supply that fits their carefree lifestyle. This is possible with the plant-based omega-3 capsules. Due to the high quality of the capsules, 1 instead of 2 or even 3 capsules is often sufficient to cover the same requirement. This results in sustainability that is practiced several times over, because less daily capsule requirements also mean less packaging waste.

If omega-3 is missing: These symptoms indicate a deficiency

Studies show that the lack of omega-3 is widespread in Germany. The main reason for this is an unbalanced diet. That a lack of Omega-3 fatty acids is often identified by simple symptoms: tiredness, dry skin, mood swings, poor circulation.

Anyone who notices these symptoms themselves should first take a critical look at their diet. Are enough foods consumed to cover the omega-3 requirement? If not, supplementation can help. In drugstores, pharmacies or health food stores there are numerous ways to compensate for the deficiency with capsules or liquids.

Is too high an omega-3 dose harmful?

So far, there have been no reliable studies on how too much omega-3 affects the body in the long term. However, some research shows that prolonged overdose can negatively impact LDL cholesterol levels. This in turn can lead to a weakening of the immune system, especially in older people.

The omega-3 effect: This is why the fatty acids are indispensable for the body

In addition to improving brain health, omega-3 fatty acids are said to have a positive effect on the risk of dementia and Alzheimer's disease (due to ongoing research, this cannot be medically confirmed). Experts notedthat the fatty acids can promote cognitive functions.

For example, communication between cells is improved because the omega-3 fatty acids help keep cell membranes healthy. The better they are intact, the easier it is to communicate, which has a positive effect on cognitive abilities.

Another positive omega-3 effect is shown in the protection against brain damage. Inflammation can lead to (temporary) impairment of brain function. The anti-inflammatory properties of omega-3 significantly reduce the risk - one reason why numerous experts recommend omega-3 intake.

Studies show that not only vegetarians or vegans are more prone to omega-3 deficiency, but also athletes. If you are physically active, you should consume at least 0.3 g per day, more is better. If athletes do not increase the dose as the load increases, a deficiency can develop.

This is often reflected in prolonged regeneration or increased muscle soreness. For example, one study showed that athletes who took omega-3 supplements performed better on muscle tests than athletes who didn't take the supplements. Another study found that omega-3 fatty acids can improve endurance during endurance sports. Cyclists who took omega-3 supplements were able to ride longer before becoming exhausted. Omega-3 fatty acids have also been shown to reduce inflammation, which can be particularly helpful when recovering from injuries.

Photo: CC0 / Pixabay / StockSnap Green flags are signs that indicate when meeting a new person whether a good relationship can develop from it....
Read more
Health & Medicine

Jogging in the rain: That’s why you should still do your training

Photo: CC0 / Pixabay / StockSnap Jogging in the rain has a number of advantages. The most important prerequisite for this, however, is the...
Read more
Health & Medicine

Photo: CC0 / Pixabay / geralt With a Jammer fast, you take a closer look at your daily nagging. This should give you a...
Read more
Health & Medicine

One health for all

Regeneration after sport: This is how you recover well

Photo: CC0 / Pixabay / 3534679 Regeneration after sport is healthy and makes your training more effective. We will show you how you can...
Read more