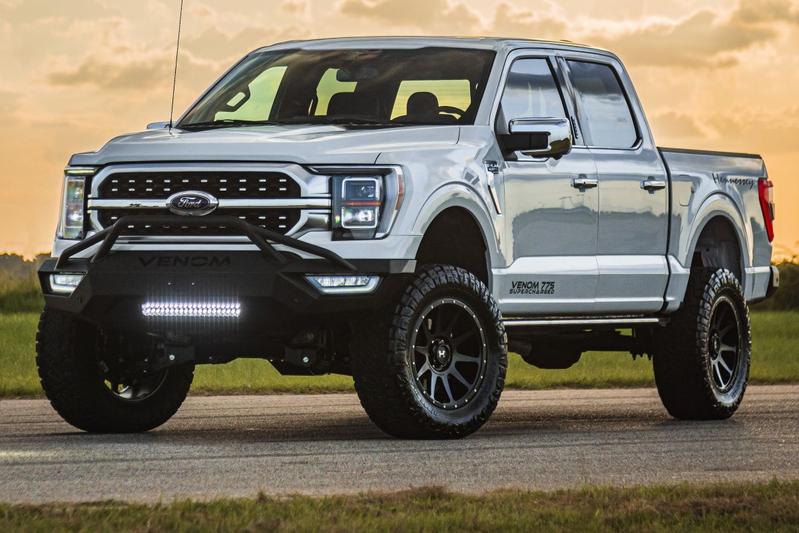 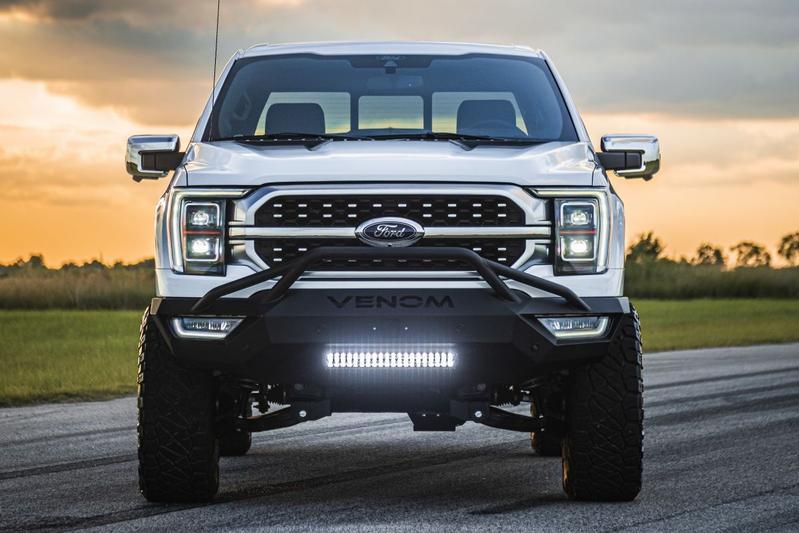 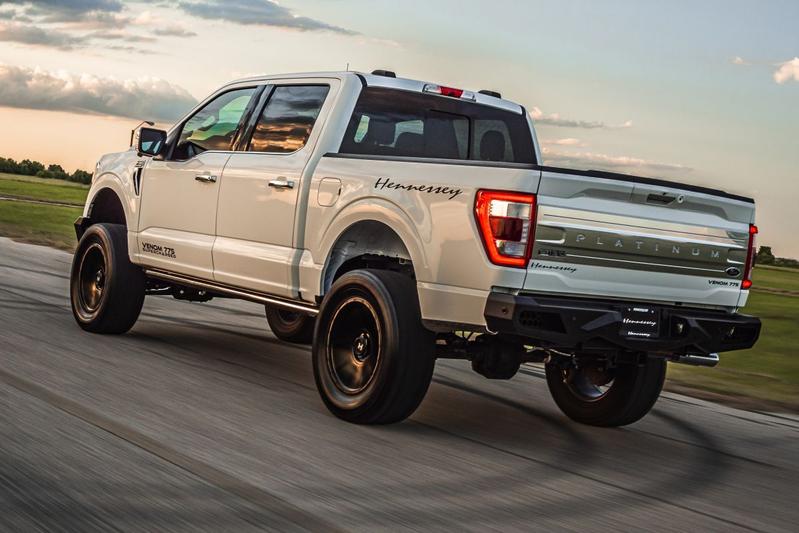 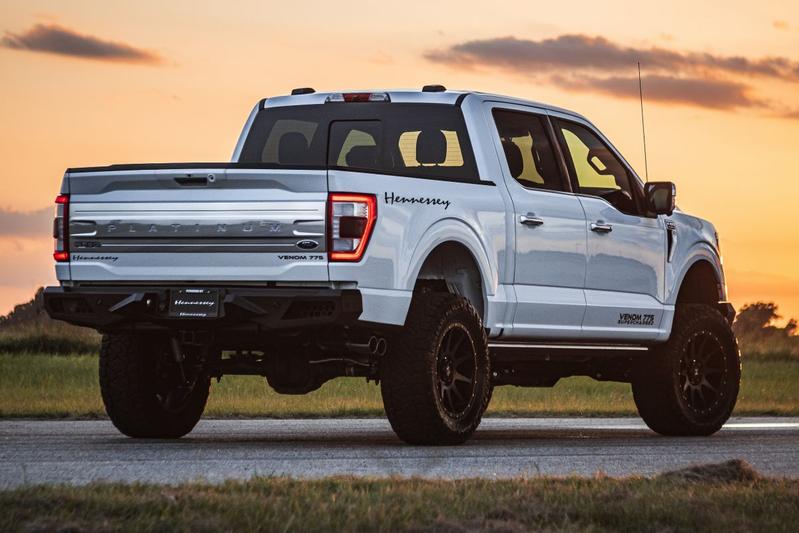 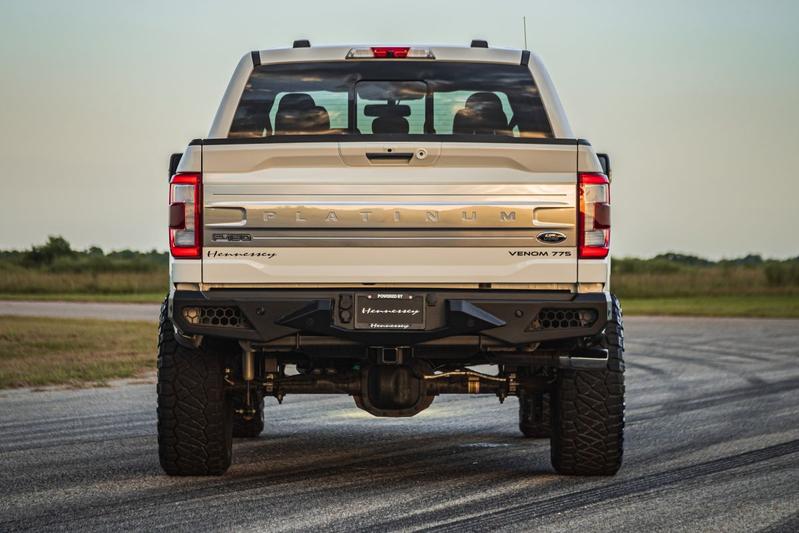 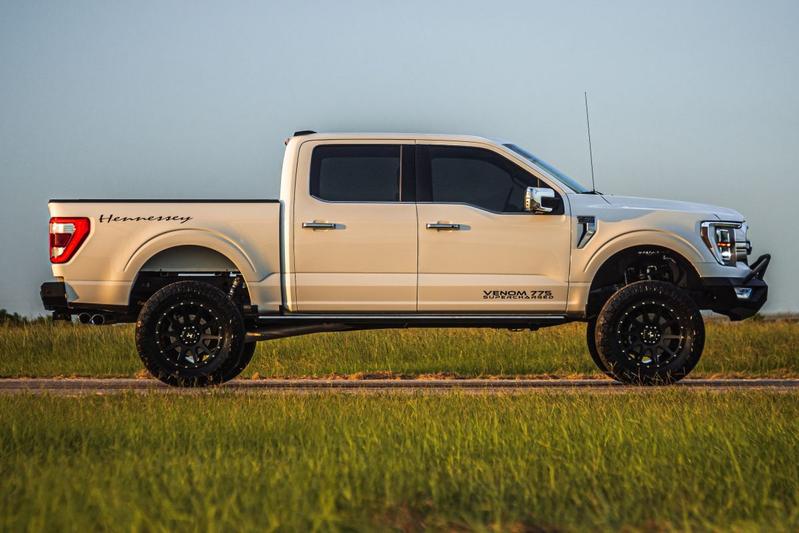 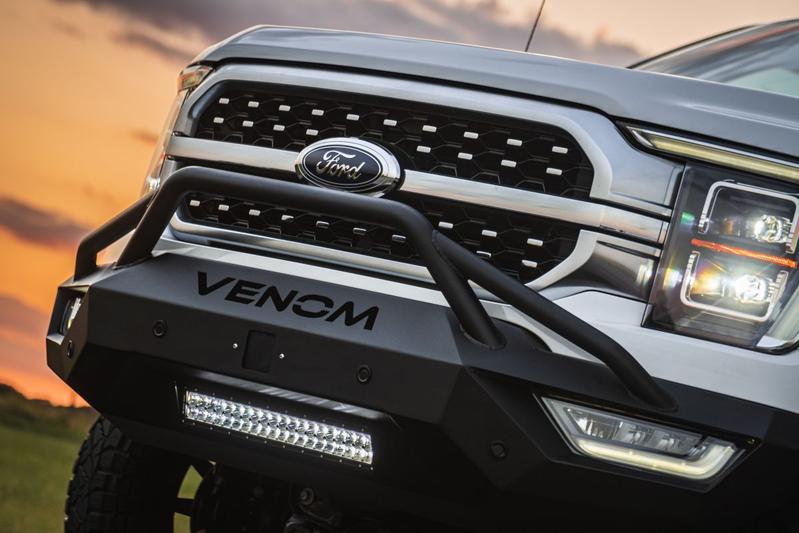 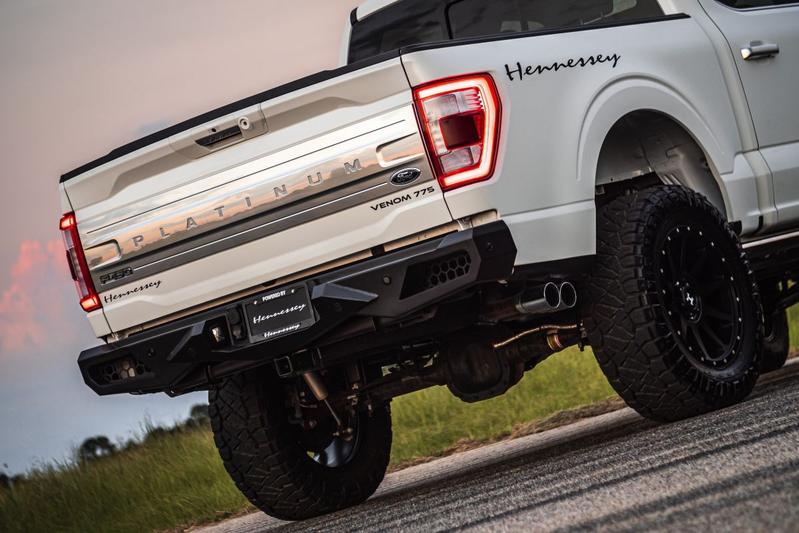 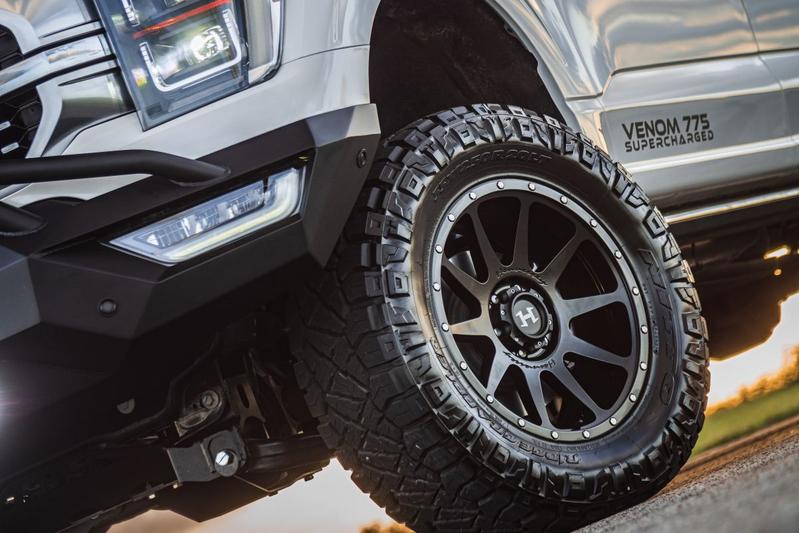 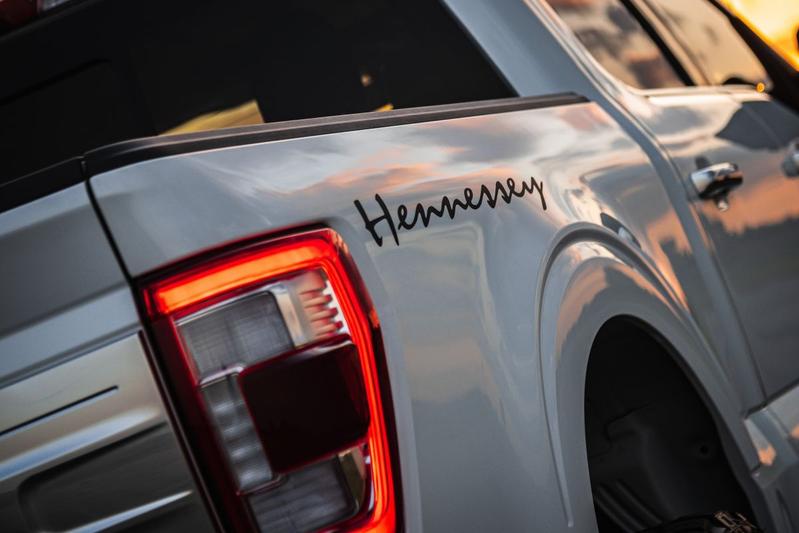 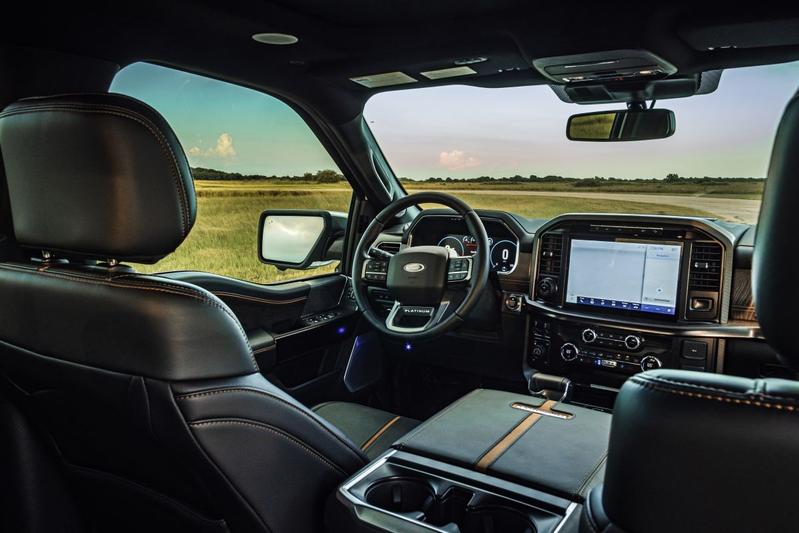 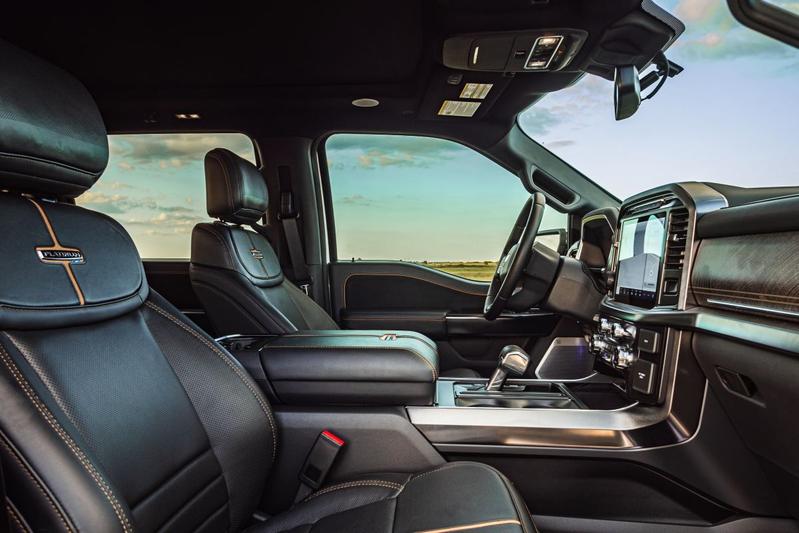 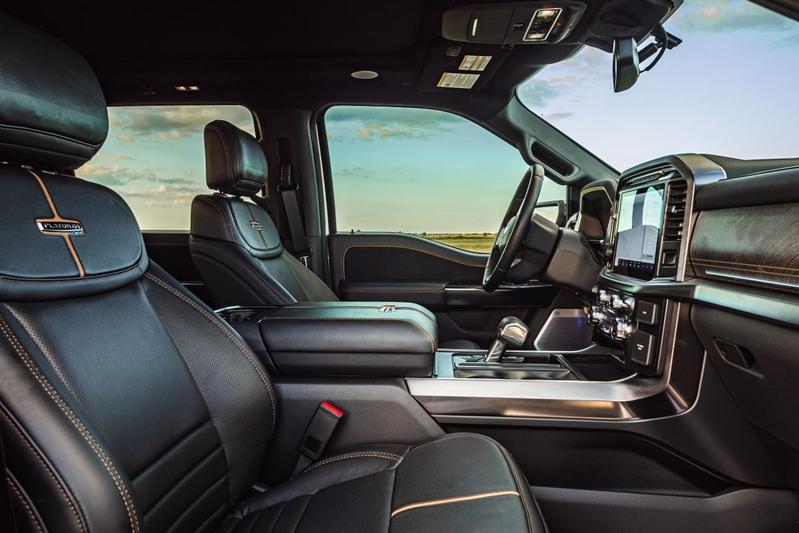 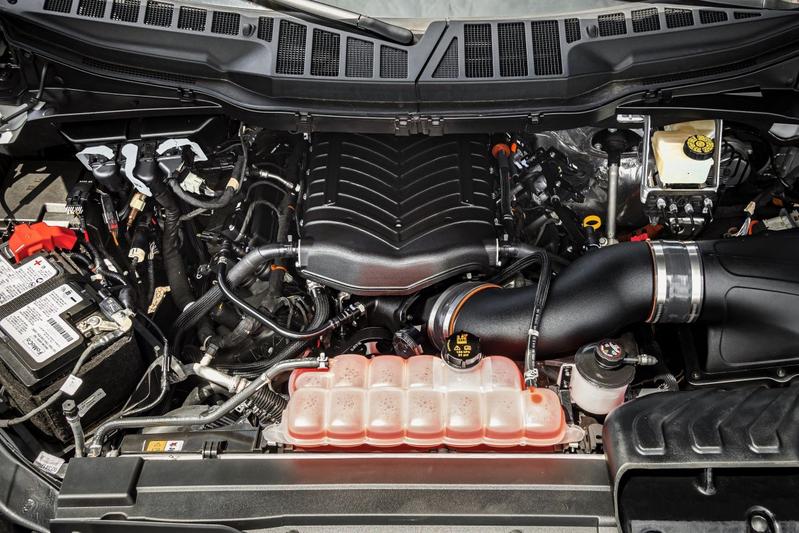 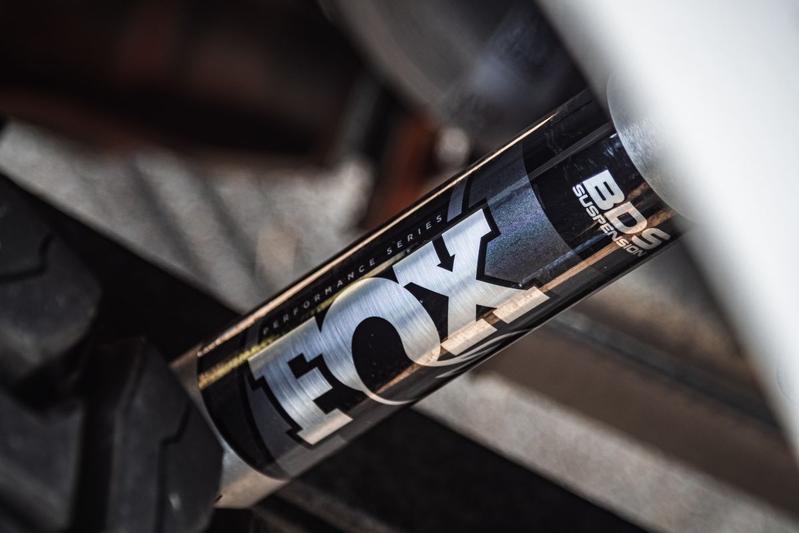 Anyone in the market for a pickup with far too much power can turn to Ford for the F-150 Raptor and Ram for the 1500 TRX. However, Rams TRX is significantly stronger and so the American Hennessey Performance has come up with a solution.

The Raptor version of the new Ford F-150 kicks it off thanks to a blown 3.5 V6 to 450 hp. Although the powerplant of that rugged pickup lacks two cylinders compared to the V8 that was in the previous F-150 Raptor, the new Raptor is stronger than its predecessor. Ram joins the wrought-up pickup segment with the wickedly powerful Ram 1500 TRX with Hellcat power. Under its hood is a 711 hp and 881 Nm strong 5.7 V8 with supercharger. The Texan Hennessey Performance pulls out its bag of tricks to make the F-150 a worthy TRX opponent.

Hennessey Performance presents this Venom 775, a very fierce variant of the F-150 that is strikingly enough not based on the F-150 Raptor. The company has chosen the regular F-150 with 5.0 V8, which kicks it in principle to 400 hp and 556 Nm. Hennessey puts a 3.0 liter supercharger, a modified cooling system, a rewritten engine management system and a different air filter into the F-150, with an impressive result. The Hennessey Venom 775 kicks it up to 786 hp and 929 Nm. Hennessey’s F-150 sprints to 97 km/h (60 mph) in 3.9 seconds.

The Venom, of which Hennesssey Performance will build 100 pieces, will receive modified bumpers, extra LED light bars and has more than 15 centimeters longer suspension travel. In addition, the car is also on 20-inch light metal around which 35-inch off-road tires are folded. According to Hennessey Performance, the Venom 775 costs – depending on the options chosen – between €76,000 and €92,000. That price also includes the costs for the F-150, which serves as the basis for the construction.