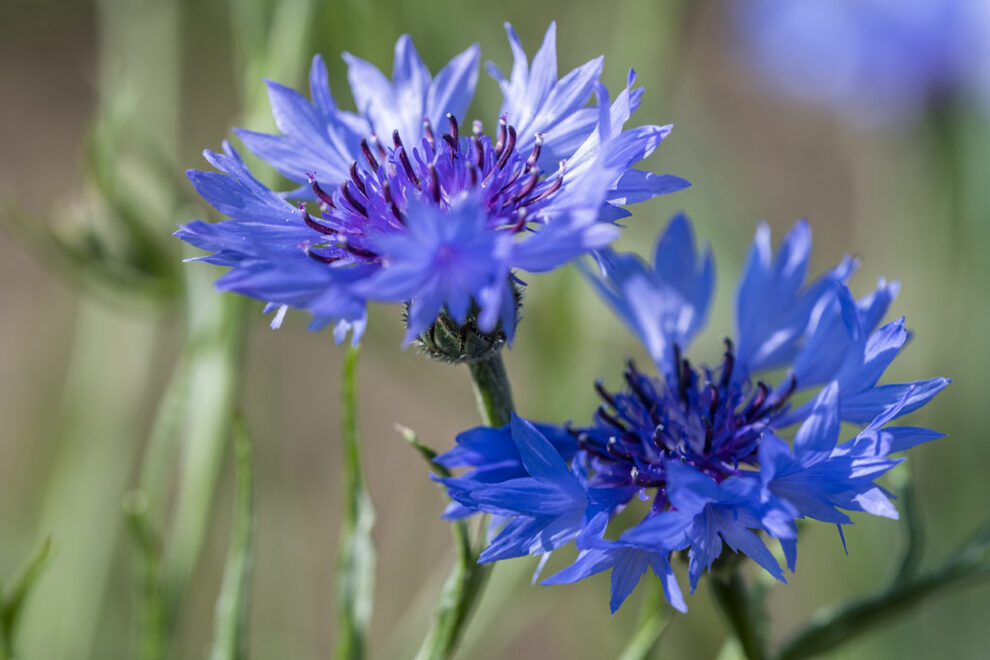 Loss of biodiversity is not automatically reflected in a decrease in the number of species: As a meta-study reveals, the number of plant species in Germany has changed little over the past hundred years, but the diversity of native plants has nevertheless decreased. Especially specialized species have disappeared, the remaining species are becoming more and more similar. Overall, the number of losers outweighs the plant species that were once native to Germany.

The biodiversity of flora and fauna is shrinking at an alarming rate worldwide, because many habitats are being destroyed by overexploitation, urban sprawl, environmental pollution or the effects of climate change. But the spread of invasive species and the cultivation of monocultures also mean that many plants that have been specially adapted for millions of years have been displaced. Paradoxically, however, this globally measurable trend is not reflected in studies examining the loss of animal and plant species at the local level. Is the regional plant diversity doing better?

Ute Jandt from the Martin Luther University in Halle-Wittenberg and her colleagues explain that it is a fallacy to draw conclusions about better biodiversity from the hardly changed number of locally endemic species. "Most local studies have focused only on the number of species present and not on changes in regional species abundances.". But it also depends on what species it is. If, for example, the specially adapted survivors in a bog or on a nutrient-poor grassland are crowded out by various commonplace plants, the number of species in the balance often remains the same. Nevertheless, a piece of diversity is lost because the once very different vegetation of different habitats is becoming more and more similar.

In order to be able to better describe the actual change in plant diversity in Germany, the scientists have compiled and analyzed a large number of local studies. Numerous experts have provided data from more than 7,700 areas whose plant population was recorded several times between 1927 and 2020. These studies, some of which have not yet been published, cover a wide range of habitats and provide information on a total of almost 1,800 plant species native to us. This corresponds to about half of all clubmoss, ferns and seed plants that occur in Germany. "Such time series can provide very valuable information," says Jandt. The botanical census can be carried out very precisely on areas that are often only ten or twenty square meters in size. "The likelihood of plants disappearing unnoticed or reappearing there is low."

Few get richer, many get poorer

The results of the data analysis showed that there were 41 percent more losers than winners in Germany's flora over the past 100 years. What was surprising was that the losses were evenly distributed across many species. The team found this using the Gini coefficient, which is commonly used to analyze the distribution of income and property. This index shows, for example, that in many countries around the world the few rich are getting richer and many poor people are getting poorer. And there is a very similar trend in Germany's flora: The losses are evenly distributed among many losers, while the gains are concentrated on a few profiteers.

The winners include, for example, the late-flowering bird cherry and the red oak, both of which come from North America but have now also conquered many forests in Germany. The frost-sensitive European holly has also gained more and more ground in the course of climate change. In the large camp of losers, on the other hand, there are many wild herbs such as the cornflower, meadow dwellers such as the field scabious and wetland species such as the devil's bit.

Skewed distribution as a warning signal

According to the study, the strongest imbalance between profits and losses arose between the late 1960s and the beginning of the 21st century. According to the scientists, this ecological imbalance was heralded by the strong intensification of land use and led to the fact that a few widely occurring species spread very quickly and many rarer, specialized species suffered losses. However, no one knows whether this also applies to other regions of the world. The team therefore advocates collecting and evaluating similar data sets from all over the world. This is because the uneven distribution of gains and losses can be an early warning sign of a change in biodiversity that ultimately leads to species extinction.

Europe is still too dry

Groundwater deficits in 2019 - since then the levels have hardly recovered. © Andreas Kvas/ Graz University of Technology ...
Read more
Earth & Climate

Photo worth seeing: radiation from the past

Early primate relatives in the Arctic

This is what Ignacius dawsonae might have looked like. © Kristen Miller/ University of Kansas if(document.documentElement.clientWidth<=1220){ //var...
Read more
Earth & Climate

Local pheasants are less likely to be victims

The threat of predators has apparently contributed to the development of spatial memory in pheasants. © Slowmotiongli/iStock ...
Read more
Earth & Climate

In the forest, there are the robbers