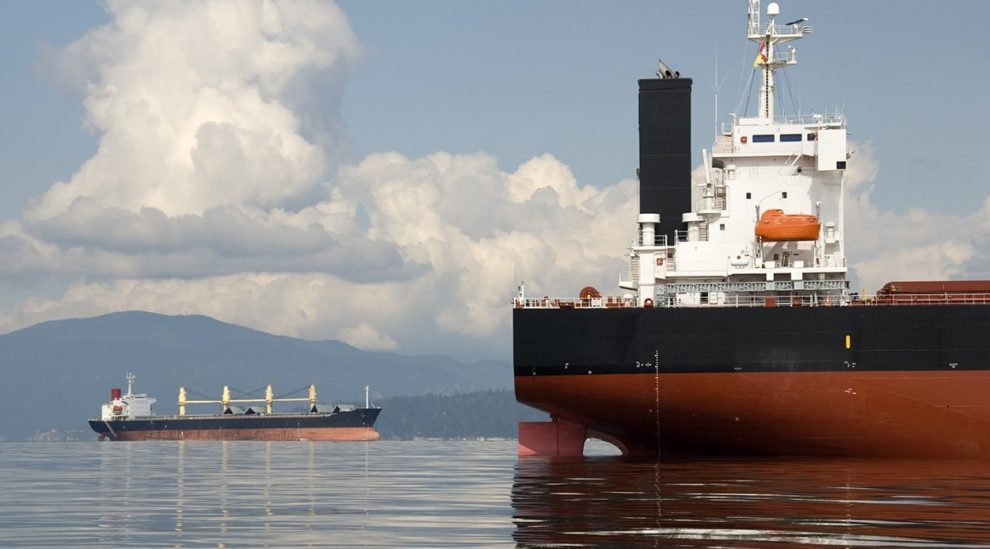 It has long been known that the oceans are contaminated by tiny plastic particles. However, the fact that shipping is a key source of microplastics has so far been underestimated. In fact, however, many of the particles come from the binders used in paints on ships, as researchers have now demonstrated in samples taken in the North Sea. The ships leave behind a “skid mark” made of microplastics, especially on the open sea.

In the oceans, plastic waste is now accumulating in huge eddies or disintegrating into microplastics. The trillion tons of plastic particles swim through the water and are now even found in deep-sea trenches and in Arctic sea ice. Packaging waste from households is considered to be the largest source of this plastic waste, but fishing and merchant ships are also suspected, as plastic nets are repeatedly lost there and waste is thrown overboard.

What role do ship paints play?

Researchers working with Christopher Dibke from the Carl von Ossietzky University of Oldenburg have now investigated for the first time whether the paint on the ships also plays a role in microplastic contamination using samples from the North Sea. They also wanted to get an overview of the microplastic distribution there. For this purpose, the research team took water samples with the research vessel “Heincke” in the German Bight at a depth of around two meters in autumn 2016 and 2017 – especially near important shipping lanes. Using stainless steel sieves, the scientists filtered plastic particles with a diameter of less than a millimeter from the samples and determined the chemical composition of the collected particles.

For the analysis, the researchers first split the plastic molecules into smaller fragments at temperatures of almost 600 degrees Celsius and then separated them based on their molecular mass and chemical properties so that they could assign the particles to different groups of substances. The team then determined the mass of the respective fractions. “Previous studies have only determined particle numbers for the North Sea, we have also determined the mass distribution for the first time and thus obtained a more comprehensive picture of the occurrence of different types of plastic,” explains Dibke’s colleague Babara Scholz-Böttcher.

It turned out that, contrary to expectations, the plastic particles identified were mainly polyvinyl chloride (PVC) as well as so-called acrylates and polycarbonates, which are among other things water-resistant plastics. In all samples taken together, their mass accounted for about two thirds, in individual samples they even had a mass proportion of 80 percent, as the researchers report. Packaging plastics such as polyethylene (PE), polypropylene (PP) and polyethylene terephthalate (PET), which were previously considered the largest constituent of microplastics in the sea, made up a much smaller proportion. “We did not expect such a distribution,” emphasizes Scholz-Böttcher.

In further investigations, Dibke and his colleagues were finally able to explain the origin of the plastic particles: While the particles from packaging mainly occurred near the coast, the other types of plastic predominated on the open North Sea and in the Elbe estuary – especially near major shipping routes . “We assume that these particles come from paints on ships, where such plastics are used as binders in acrylic paints or epoxy resins, for example,” reports the environmental chemist. The plastics in the ship’s paints are intended to prevent unwanted growth, but are sanded off the hulls of the ship by the wind and waves. “We assume that ships leave a kind of ‘skid marks’ in the water, which as a source of microplastics is just as important as tire wear from cars on land,” the researcher continues.

The result suggests that significantly more microplastics are actually formed in the open sea than previously thought. According to further studies, several thousand tons of paint end up in the marine environment every year in the European Union alone, warn the researchers. The consequences of this pollution could be enormous. Because the ship’s paints also contain heavy metals and other additives that are toxic to many living things. In order to further elucidate the effects and the path of this microplastic in the environment, the team is now carrying out further studies, for example in estuaries and in sediments.

Nut-cracking chimpanzees looked at the tools

The nifty spider is only about half the size of its ant prey. The sequence of their hunting strategy can be seen in...
Read more
Biology

Ribosome makes ribosome outside the cell

‘Picture books give a distorted picture of biodiversity’

How many ants are there on our planet?